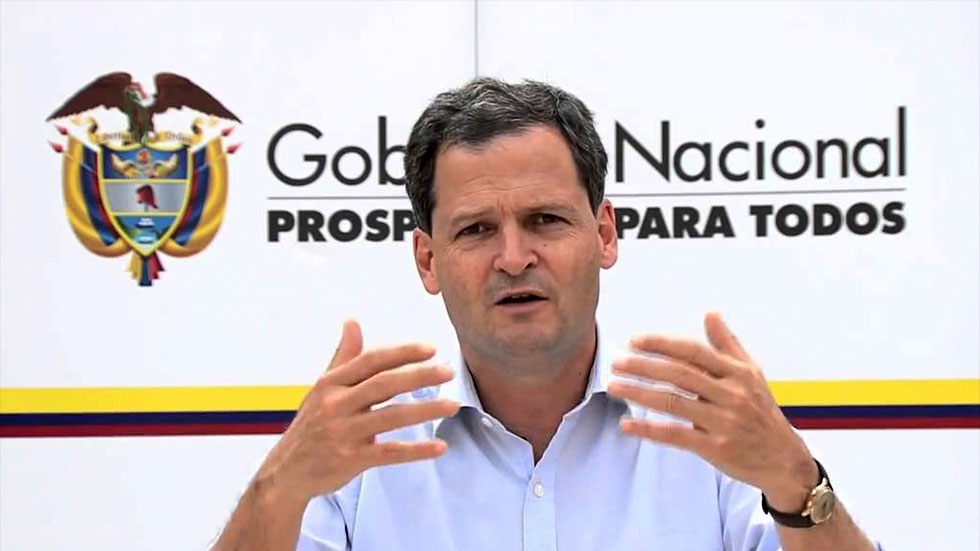 Colombia’s government has not yet had the time to facilitate the demobilization of the country’s largest rebel group FARC due to the legal consequences of a “No” vote against an initial peace deal, according to the Peace Commissioner,

The FARC was supposed to demobilize more than 16,000 people before new year’s eve as part of a revised peace accord signed in November but failures on the government’s part to make suitable provisions for the process led to the deadline being extended to January 10.

The government has now confirmed that the reason for the delay was the result of the October referendum which saw the Colombian public’s surprise rejection of the first peace deal.

In an interview with El Tiempo, High Commissioner for Peace Sergio Jaramillo explained that the referendum result caused major logistical restrictions constraining the governments’ ability to put measures in place for the demobilization process.

“The plebiscite paralyzed implementation. The Government could not legally spend a peso in the preparation of the zones until there was a new agreement, and that only happened on November 24.”

As well as their inability to spend money to prepare the zones, the high commissioner said there were several other logistical problems that caused the delay, including the poor condition of existing local infrastructure near the camps and a reluctance of locals to assist in the provision of land.

“In addition, the problems in assembling logistics in 26 remote areas are many: the roads are in poor condition, people do not always want to rent their land to put a FARC camp or else they ask for a lot of money, there is not enough water, etc. This is the reality,” said Jaramillo.

The comments by Jaramillo shed some light on the reasons for the delay in the process after the administration of President Juan Manuel Santos was forced to implicitly admit last week that it had failed to prepare most these sites.

According to Medellin newspaper El Colombiano, of the five planned demobilization and disarmament camps in the Antioquia province, only one was ready on time. The other four did not exist when the deadline passed.

“At the site where I am nothing has been done. Nothing. It’s a field and some cows,” Dutch FARC member Tanja Nijmeijer told Colombia Reports from the southwestern Cauca province where she is staying in a provisional pre-demobilization site with fellow rebels.

Despite these difficulties, Jaramillo is confident that the process can be expatiated to meet the new deadline with nine zones started before December 31 and the rest before January 10.

We have never faced an equal challenge, so there is an inter-institutional team of the Presidency, promoted by the General Secretariat, to coordinate efforts. That is working well. On the other hand, the discussions with the FARC, as always, have been long and ranging from the very location of the areas to the materials with which the camps will be built. Until now things are being unlocked, in these days government contractors will start to give the FARC the materials to build their camps.

In total, some 6,600 guerrillas and approximately 10,000 militia members are set to demobilize and disarm.

With several neo-paramilitary groups lurking in the background it is essential that suitable provision is made for the security of the FARC in demobilization camps.

With Colombian society divided over the peace deal and some still suspicious about the intentions of the FARC, the government must make steady and efficient progress in removing weapons from the hands of the rebels who have waged war against the state for more than half a century.

The FARC’s demobilization and disarmament is part of a major, 10-year peace process that seeks to end a cycle of violence that has left more than 8 million victims.