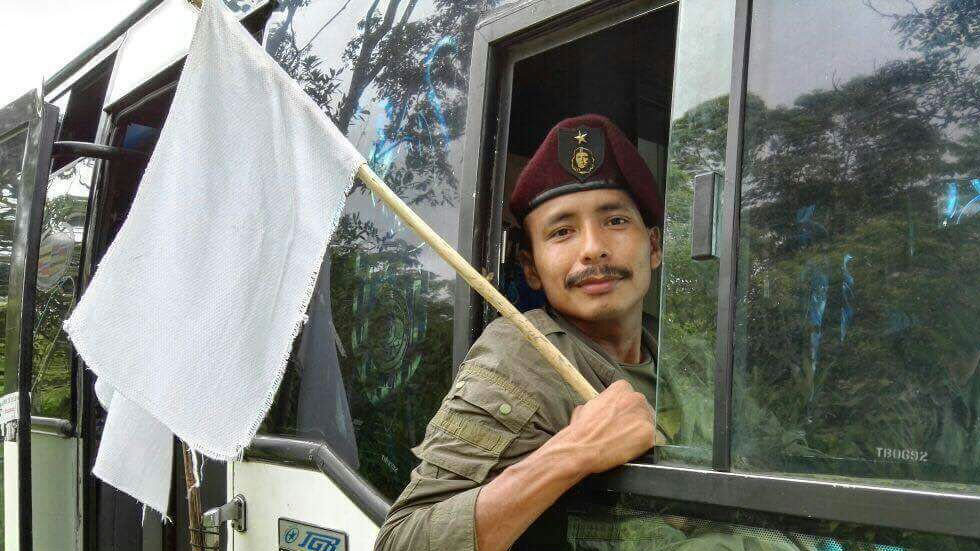 According to Luciano Marin, a.k.a. “Ivan Marquez,” guerrillas have begun arriving in the southern township of La Carmelita, Putumayo and in the northern Tierra Gata, Cesar, two of 26 locations where the FARC is expected to demobilize and disarm.

The FARC’s supreme commander, Rodrigo Londoño, a.k.a. “Timochenko,” said early Tuesday that the guerrillas have begun “concentration in several regions of the country without major mishaps.”

The arrival of demobilizing guerrillas in La Carmelita was confirmed by locals, one of whom told Bogota radio station Radio Santa Fe “this is a tremendous step for me, because this is like saying ‘no more violence’ and ‘more peace’.”

Others were more skeptical after decades of bloody violence between guerrillas, paramilitaries, the state and drug traffickers.

“we don’t know if this is real … because, in this country everything is but a set-up,” a second local told the radio station.

Under supervision of the United Nations, the demobilizing guerrillas will begin the construction of their own demobilization and disarmament camps after the government ran into logistical problems.

People in the jungle Putumayo province and the coal-rich Cesar province have been among the most affected by the drug-fueled political violence that has plagued the country for more than half a century. 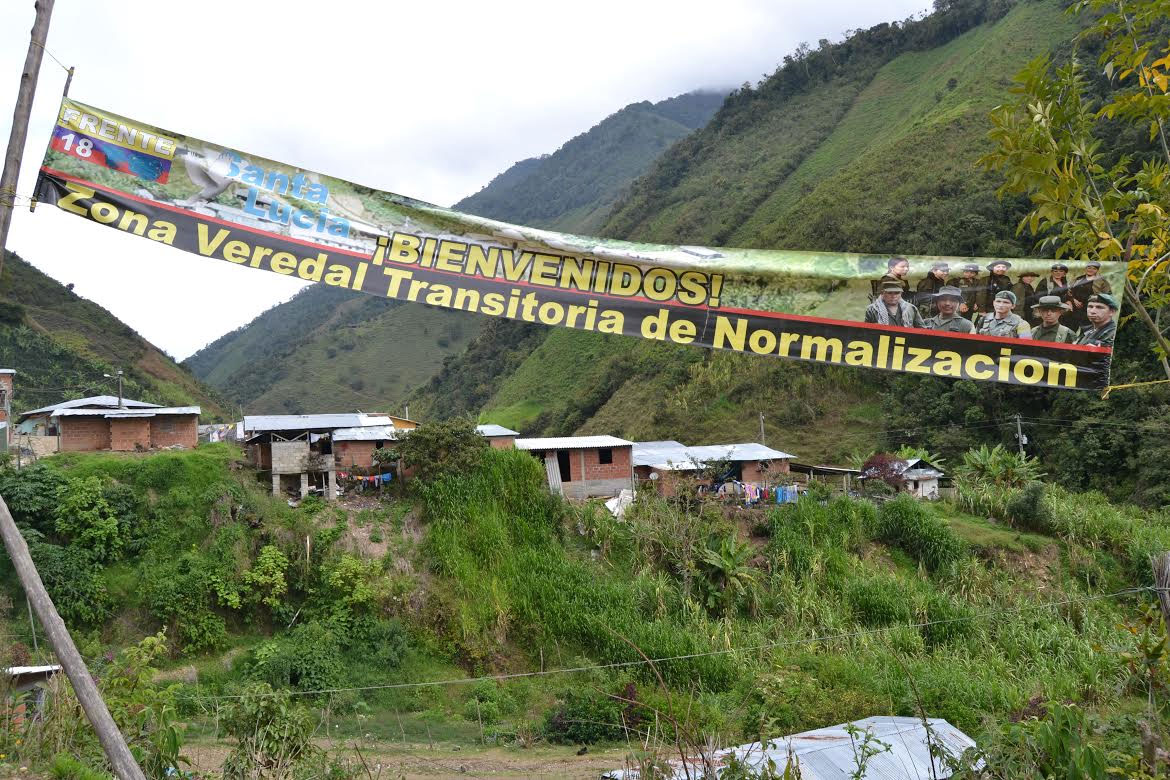 Because of the violence and chronic state neglect, the infrastructure in Colombia’s war-torn areas is virtually non-existent, making it difficult for the administration of President Juan Manuel Santos to stick to the strict demobilization, disarmament and reintegration (DDR) timeline agreed in the peace deal.

Additionally, opposition by former President Alvaro Uribe convinced Colombia’s electorate with a razor sharp margin to reject the initial draft of the peace deal in a shock vote in October. The vote disallowed the government to continue the process, reportedly spurring the desertion of hundreds of guerrillas.

The former president, who can still count on significant popular support, has been accused of major human rights violations that should be tackled by both a Transitional Justice Tribunal and a Truth Commission that are part of the peace deal.

According to the agreement signed late November, the guerrillas would begin demobilizing on December 5 and finish their disarmament on May 30, the day the UN mandate in the South American country ends.

In order to maintain the desertion rate as low as possible, the FARC agreed to shelter its estimated 17,000 members in provisional pre-grouping camps.

According to the president, the delay in demobilization should not delay the guerrilla’s disarmament.

The FARC’s 180-day DDR process is part of a major, 10-year national peace process that seeks to end more than 52 years of violence that has left more than 8 million victims.