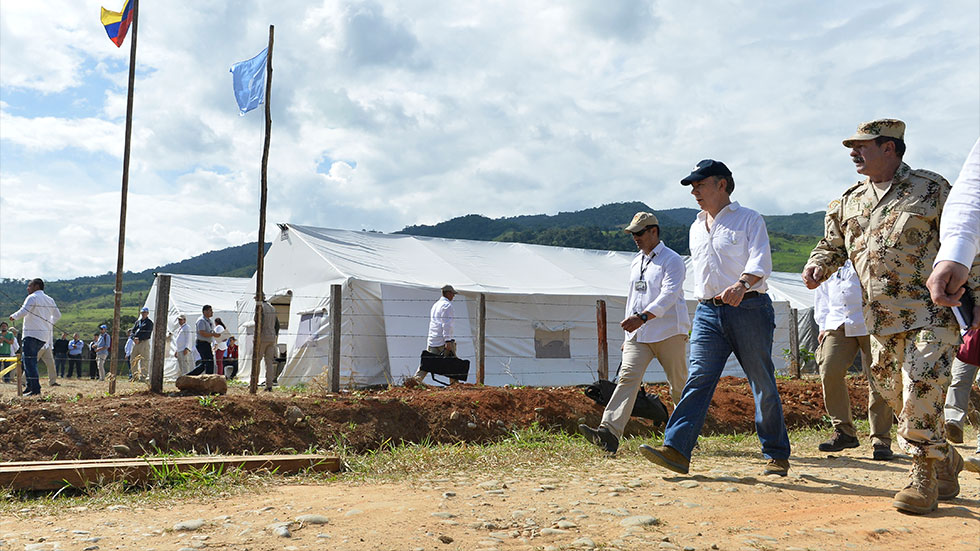 The president said so while visiting a camp construction site in Mesetas, a rural town in the central Colombian Meta province where one 26 camps where armed FARC rebels are set to demobilize and disarm is built.

According to the FARC demobilization timeline that is part of a 10-year peace process, these camps should have been ready to receive guerrillas in early December already.

Just before the December 31 deadline for the FARC’s demobilization passed, the government moved the deadline to January 10 as hardly any of the camps were finished.

According to the country’s peace commissioner, the delay is due to a referendum that rejected an initial peace deal and disallowed the government to begin preparations before the November 24 approval of a revised peace agreement by Congress.

Yes, there have been delays. Yes, we have had problems. This is a very complex logistical operation, but each problem is being solved.

Santos said that the government had agreed to allow the FARC to help with the construction of the camps “as soon as possible.”

“All are willing to accelerate to the maximum in order to comply with the timeline of disarmament,” said Santos.

While not giving his word the disarmament of the 52-year-old rebel group would not be delayed, the president said “important decisions have been made to accelerate many of the decisions that allow us to begin moving the FARC to the rural [demobilization and disarmament] zones as soon as possible.”

The peace process and preceding peace talks have been fiercely opposed by the Democratic Center opposition party of former President Alvaro Uribe, who could be called to trial before a transitional justice system for the mass violation of Colombians’ human rights that took place under his watch.

The former head of state barely but successfully suspended the implementation of the peace deal through a October 2 referendum, which caused a major crisis in the peace process and has severely disrupted its implementation as scheduled.