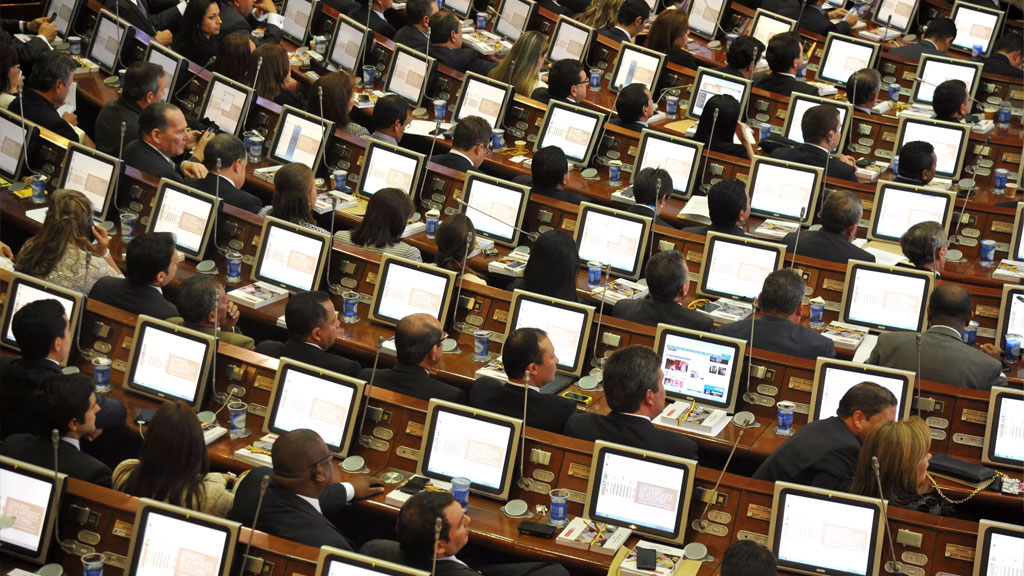 Colombia’s largest rebel group, the FARC, wants guaranteed seats in Congress and regional legislative bodies as soon as peace is signed with the government. The government said to support the idea.

The FARC proposal was made as part of a series of proposals on “End of Conflict,” one of the last points on the agenda of peace talks held in Havana, Cuba.

The guerrillas asked for direct inclusion to congress, provincial assemblies and city councils “for at least two terms” after which the FARC believes they will have the popular support to be elected into the legislative bodies.

The proposal is surprising as “Political Participation,” an earlier point on the agenda, had long been signed off on by both parties.

According to Interior Minister Juan Fernando Cristo, however, “this is neither a new request from the FARC, nor a new idea in Colombia’s negotiation processes.”

Also in Congress there was little resistance to the proposal.

House Representative Angela Maria Robledo (Green Alliance), who is the vice-chairman of the chamber’s Peace Commission, said that Congress will have to debate how to allow the FARC political participation, be it through election or without.

What is important, Robledo told newspaper El Tiempo, is to “guarantee them a mechanism that secures their political participation.”

The congressional support is surprising as the Senate last week banned the FARC’s political participation when debating how to ratify and convert to law a possible deal with the guerrillas.

The conservative opposition in Congress is divided over the issue.

Conservative Party Representative Telesforo Pedraza told El Tiempo to be positive of the idea, claiming the FARC better pursue their ideals in Congress than on the battlefield.

The only party opposing the FARC’s proposal was the Democratic Center (CD) of former President Alvaro Uribe.

“We fight democratically to represent Colombians. Terrorists are awarded seats,” CD president Oscar Ivan Zuluaga said on Twitter. Ironically, Zuluaga is being investigated for trying to rig the 2014 elections by spying on the peace talks in an attempt to discredit his then-opponent, current President Juan Manuel Santos.

Uribe, the ideological leader of the CD, was elected president in 2002 partly due to support of the now-defunct paramilitary group AUC, like the FARC at the time considered a terrorist organization.

The FARC and the Santos administration have been engaged in peace talks since 2012. If successful, the negotiations will end more than 50 years of political violence between the Marxist rebels and the state.