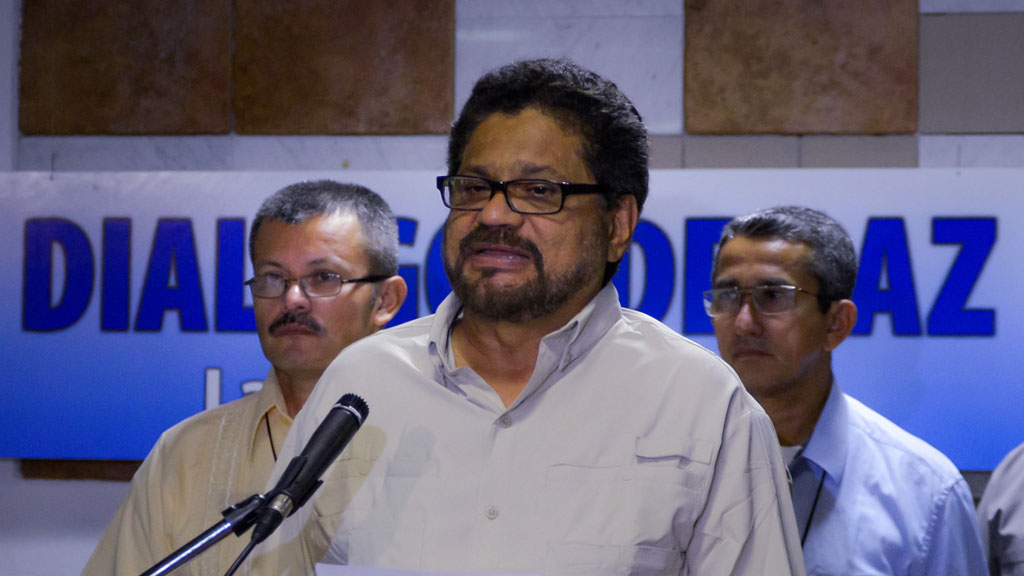 Escalation of violence could cause Colombia peace talks to collapse: FARC

Colombian rebel group FARC warned on Tuesday that the recent escalation of armed conflict could cause the collapse of peace talks in Cuba, where the government and insurgents are seeking to end half a century of war.

The guerrillas carried out several attacks last month after they broke a unilateral ceasefire in reprisal for a bombing in which 27 rebels, including a leader who participated in the peace negotiations, died.

On Monday, four soldiers were killed when a helicopter, which was unloading troops in northeastern Colombia, was destroyed with explosives detonated remotely by the FARC, the army said.

“Once again, we ask President Santos to open the possibility of stopping the war, to have a truce in hostilities. This peace process has progressed like no other in Colombia, which now discusses crucial, complex issues, related to nodal aspects to end the conflict. It (peace process) should not have the armed confrontation as a backdrop, nor the sad death of young uniformed soldiers, policemen and guerrillas, all from popular sectors,” said “Ivan Marquez,” chief negotiator of the group.

In a statement read to reporters, Marquez urged Santos to accept a bilateral ceasefire, which has been rejected by the Colombian president.

“It’s time to stop the war to not damage the peace process and prevent further useless victimization. Only in an atmosphere of trust and harmony can we agree on what is needed to reach the final agreement. Do not assume that a generalized request, which is full of humanity, is blackmail,” Marquez added.

New guerrilla attacks have struck oil pipelines, electricity pylons, roads, aqueducts, affecting the civilian population and increasing distrust a peace agreement could be reached, that would put an end to the armed conflict that has left 220,000 dead.

The Armed Forces have also responded with offensives and bombings that have killed several rebels.

The negotiations, which began in November 2012, has made progressed more than all previous attempts to achieve peace.