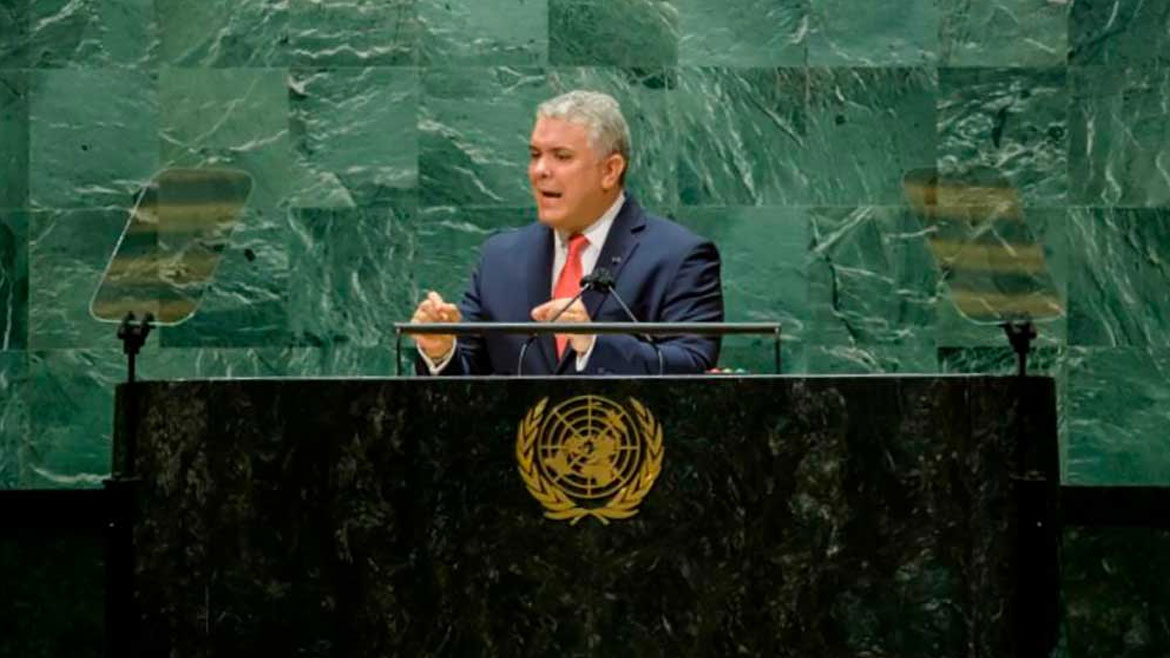 Colombia’s President Ivan Duque on Tuesday called the United Nations’ General Assembly for an international response to the coronavirus pandemic.

In his last address to world leaders, Duque praised his government’s response to the pandemic, but deplored a lack of international cooperation in the mass vaccination against Covid-19.

The president claimed that his government’s response to a surge in unemployment and poverty triggered by the pandemic was “the most ambitious social agenda of this century and, perhaps, our history.”

According to Duque, the government would maintain its $45/month stipend for the poor until December next year “to reach “more than four million vulnerable household, offering direct financial support to more than 25% of our entire population.”

The president additionally praised his government’s subsidy on the salaries of newly hired workers, despite the fact that less than 15,000 companies have take part in the program that was supposed to create 500,000 jobs.

In order to overcome the health crisis, the president called for a multinational approach to the mass vaccination of citizens, which has suffered major delays in Colombia.

If delays are maintained in the equitable distribution of vaccines to all nations, we expose ourselves as humanity to new variables that may attack us with greater ferocity. Global immunity requires solidarity so that there is no hoarding by some in the face of the needs of others.

Duque reiterated his government’s goal to have vaccinated more than 35 million people before the end of the year.

Since February, health authorities have vaccinated a little more than 16 million people, mainly due to shortages in vaccines.

The president said that the humanitarian effects of the coronavirus pandemic in Colombia were aggravated by mass migration from the neighboring country Venezuela.