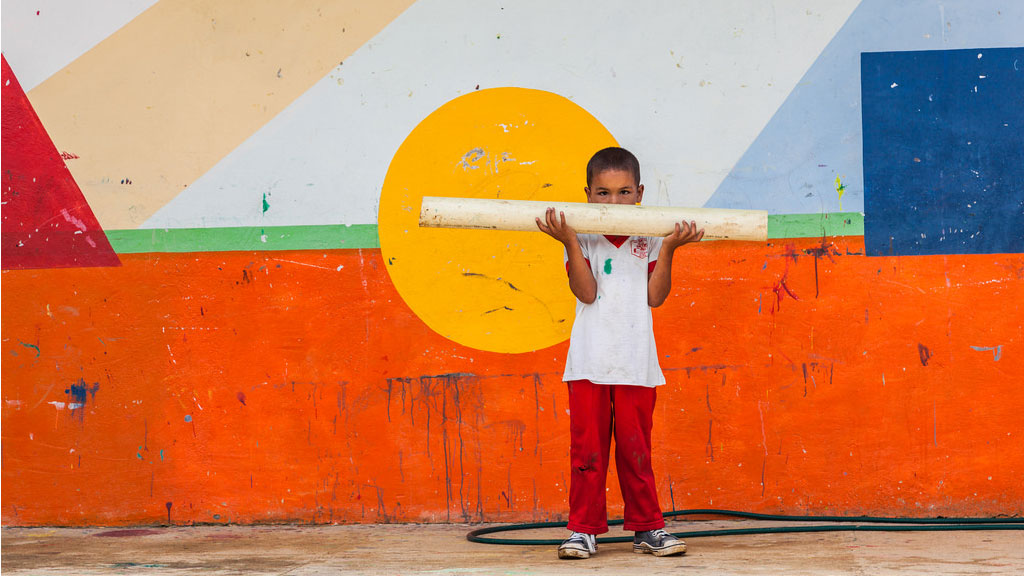 Colombia’s schools to prepare children for ‘peace and reconciliation’

Colombia’s schools will include peace-building and reconciliation in their curricula as the country’s government is trying to negotiate the end of a 50-year-long war with leftist rebel groups.

“Since we’ve been in war for more than 50 years. There is no doubt that the moment has come to educate about peace, to create peace, to learn to live in peace,” President Juan Manuel Santos said Monday at the signing of the decree that obligates schools to include peace building in their curricula.

In order to support eventual peace-building in the country, and increase levels of tolerance, the country’s children will be taught about conflict resolution, and other social abilities that seek to strengthen the social fabric that is to support peace.

The decree established that all educational institutions should teach children about subjects involving peace and reconciliation before the 31st of December this year.

According to the Minister of Education, Gina Parody, the following steps will be to create guidelines, basic standards, and teacher training for the implementation of the new subject in the classrooms.

Fighting war in the classroom

During his speech, Santos emphasized the importance of overcoming war with a cultural evolution that begins in pedagogy.

“We must work in different sectors of society – not only in Havana, to be a more tolerant nation”, said Santos.

Delegates appointed by the president have been engaged in peace talks with rebel group FARC in Havana, Cuba since 2012. Exploratory talks are underway with the ELN, a smaller rebel group.

If successful, the talks will end a war that began in 1964 when both groups were formed, but followed other periods of extended political violence.