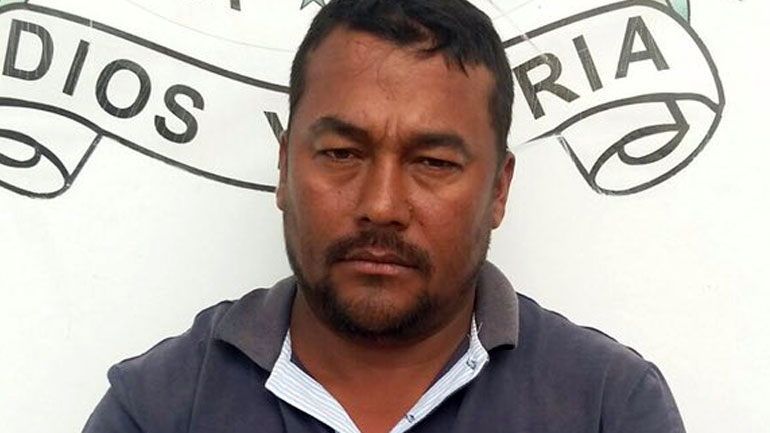 Colombia’s police on Sunday announced the arrest of the top boss of neo-paramilitary group “Bloque Meta.” With the arrest of “Jhonatan,” three of Colombia’s main drug trafficking groups lost their leader in just six weeks.

Both Jhonatan and Pijarvey are former members of paramilitary organization AUC, who joined late paramilitary chief “Cuchillo” to form the ERPAC neo-paramilitary group when the AUC demobilized between 2003 and 2006.

However, the death of Cuchillo and the subsequent demobilization of dozens of ERPAC members caused a rift in the organization in 2012.

From this rift, the Bloque Meta and the Libertadores were born, both vying for control over drug trafficking routes from coca fields in central Colombia to Venezuela.

The major blows against Colombia’s drug trafficking organizations followed an agreement to de-escalate violence between the military and the FARC. Colombia’s largest rebel group that is currently holding peace talks with the administration of President Juan Manuel Santos.

Instead of fighting the FARC, the security forced focused on AUC successor groups who have become Colombia’s primary human rights violators, according to researchers.

Since de-escalation efforts in July, authorities killed both Pijarvey and “Megateo,” the leader of the splinter ELN guerrilla group that controlled most drug trafficking in Putumayo, on the Venezuelan border.

Attempts to capture Colombia’s primary drug lord, “Urabeños” leader “Otoniel,” have so far failed in spite of being the target of Colombia’s largest manhunt since Pablo Escobar.

The deaths of Megateo and Pijarvey, and the arrest of Jhonatan, possibly strengthens the grip on drug trafficking of “Puntilla Pachon,” who allegedly is one of the key drug traders in Colombia’s eastern plains.