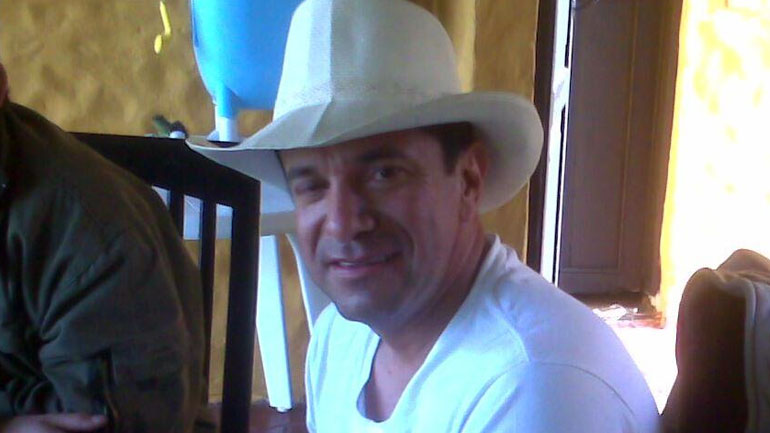 A mysterious drug lord from eastern Colombia has slowly but surely been expanding control over the country’s drug routes to Venezuela, benefiting from authorities’ blows against competitors.

Alleged kingpin Oscar Mauricio Pachon, a.k.a. “Puntilla Pachon,” has been on the authorities’ radar for no longer than three years, after his name surged as the possible successor of Daniel “El Loco” Barrera, according to authorities “the last great capo” until his arrest in 2012.

Barrera had become a huge force in the drug trade by cleverly forging alliances with almost everyone involved in the Colombian drug trade, from left-wing guerrillas to right-wing paramilitaries.

According to Semana, Pachon was able to assume Barrera’s role as main trader in the east by taking over his predecessor’s connections with for example “Megateo” and neo-paramilitary groups ERPAC.

“Megateo,” who led a small but powerful guerrilla army in the northeastern Catatumbo region, was killed in combat by Colombia’s security forces in October. The slain drug lord was known for his large scale cocaine trafficking to Venezuela, a major international hub for the trade of Colombian drugs.

“Pijarvey,” the leader of the ERPAC successor group “Libertadores de Vichada,” dominated the drug trafficking routes from central and eastern parts of the country to the Venezuelan border and was also killed by security forces in September.

The death of these kingpins increased the profile of Pachon, who suddenly found two of his alleged trading partners without leadership.

Pachon gained priceless experience of the business in the 1990s working for the Medellin and Cali cartels, spending decades building up his reputation and power in the drug trafficking businesses.

Today, the mysterious capo whose name is not widely recognized, is one of the national and international authorities’ primary targets.

Pachon reportedly first appeared on the DEA’s radar in 2012 after his kingpin associate “El Loco Barrera” was arrested and extradited to the United States the following year. From here the capo made it his mission to take control of the recently abandoned network led by Barrera in the Eastern Plains region, taking over El Loco’s alliances with Megateo, Pijarvey and the country’s largest drug trafficking group, “the Urabeños.”

Fueled with vengeance by the assassination of his brother, Pachon had taken on the elementary characteristics of a narco leader; violent, ruthless and calculating, with a decent amount of corrupt security officials in his pocket to help him along the way. These characteristics are also reportedly shared with his two older brothers, “Murdoc” and “Balin.”

Pachon’s hold on the drug empire is reportedly growing without interference as said officials make sure his command over Bogota, the Eastern Plains and the Magdalena Medio is kept free of any fuss from the authorities.

The biggest threat to Pachon’s empire to date, was in 2014 when his chief of assassins, a former policeman with over 80 murders under his belt, was kidnapped and murdered in the North of Bogota. In this moment of vulnerability, Pachon reorganized his protection unit, making the “Rudos” criminal gang made up of hitmen and former police, his principal defense team.

According to Semana, Pachon is a force to be reckoned with. So much so that the authorities are beginning to admit concern that his criminal empire could even be bigger than that of Barrera.

This concern was not translated in to positive action this year as security forces directed all of their attention on their offence against “Otoniel” and his neo-paramilitary group “Los Urabeños”. Instead making the most of being able to lurk in the shadows, Pachon continued building his mega empire and status as one of Colombia’s most powerful drug kingpin.