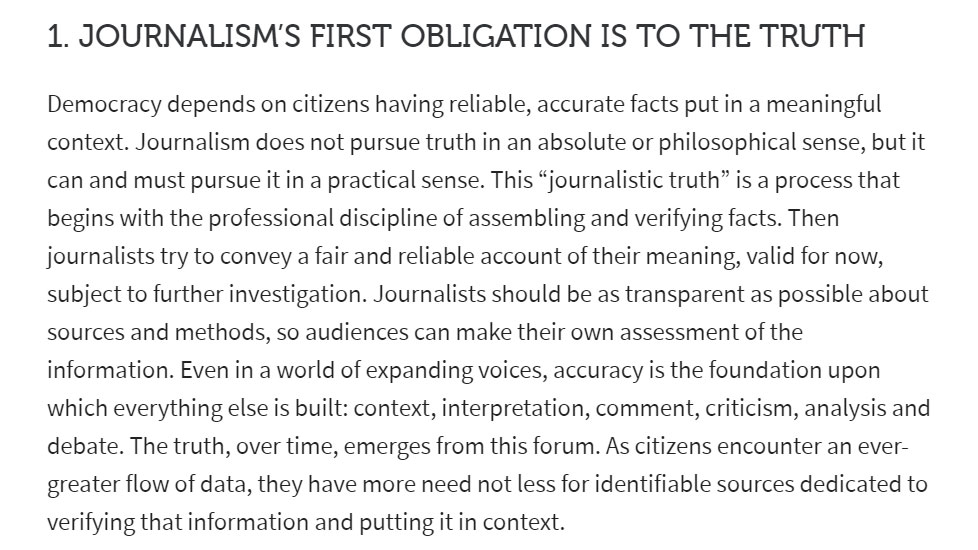 Colombia Reports is a locally-based, not-for-profit news outlet. This means that what you read on this website can only be different than what you would read on the so-called “mainstream media.” Here’s why.

What you know as the mainstream media are either foreign or national news companies. Colombia Reports is a DIY news outlet founded on the punk principle of “if you don’t like what they do, do it yourself.”

Before moving to Colombia almost a decade ago, I worked for a corporate news outlet in the Netherlands. I didn’t like the paper I worked for, so I quit my job and started my own, the same way my friends and I started an indie rock band because we didn’t like what they were playing on Dutch radio.

The journalistic principles we consider sacred

I never expected Colombia Reports to become this big or to have the social and political impact we have. This was never my ambition when I started in 2008. In fact, it was opposite.

I thought I’d be a non-controversial supplement, publishing stuff that would never fit in the New York Times or “Trouw,” the newspaper my parents read in the Netherlands. I thought I would be catering to a global “niche.”

However, when I started reading the Colombian papers I noticed that stories I thought were significant were “not fit for print” in foreign media. When we began writing those stories, people really started reading us and other media started citing us.

When I received a phone call from an army general’s lawyer because apparently the US State Department had begun pulling alleged war criminals’ visas, I found out that what we were doing actually affected people in power, generals allegedly involved in executing innocent civilians no less.

When I received a phone call from the late Victor Carranza‘s lawyer, I knew Colombia Reports was an inconvenience to some properly scary people. To put it bluntly, we were apparently fucking with people I would advise anyone not to fuck with.

Meanwhile, the website had become so big it was among the largest of its sort in Latin America, causing waves I never intended to make.

Because I’m a journalist, not a businessman, I never cared about boring things like cost, advertising or marketing, so I put up Google Ads to cover expenses.

Partnering up with talented businessmen didn’t work. I stubbornly disapproved of any type of interference in the editorial part of the website. To put it as if it were a band, I didn’t want Colombia Reports to go commercial. I didn’t want to be popular, I just wanted to be good at my job, my passion.

I wanted Colombia Reports to be irreverent, independent and relevant. I did not want to do the same part-of-the-machine job as in the Netherlands.

Fortunately, the sheer volume of visitors secured enough ad revenue to secure the investors a partial refund and continue Colombia Reports the way it began, independent.

However, ever since the invention and expansion of ad blockers in 2014, ad revenue had begun slumping, slowly making our relatively vulnerable situation a true struggle for survival.

While we were making some $700 a month from advertising in 2014 and I received regular side gigs doing security analysis, by 2016 the ad revenue had been cut in half.

That year was pretty much a disaster year and at times very scary.

First I received an eviction notice because I was violating building regulation running Colombia Reports from home. Apparently, someone in my own building wasn’t happy with what we were doing. I wrote a letter back, told them they were fucking with a gringo who knows his rights and they backed off.

In October, around the time Colombia took to the polls to vote on the FARC peace deal, high-end hackers began a series of sophisticated cyber attacks on journalist websites, including Colombia Reports.

At that point I knew our fucking with the wrong people had made us a target, not of lawyers, but of actors in an armed conflict and I was forced to suspend our internship program.

I’m a 41-year-old with no children, so I don’t mind assuming the risk. Physically harming or even threatening a foreign journalist is generally considered off-limits so I knew I’d likely be okay.

I can’t assume responsibility over interns at the moment though.

After violence broke out in Medellin in 2009, two people I knew, one of whom a local guy I had been training, were assassinated. My downstairs neighbor, an eight-months pregnant attorney, was also assassinated, inside the building I live.

I and two part-time volunteers have stayed on since the October attacks, but under increased stress and with considerably less manpower than before.

Following my first call for help, our community of readers intervened and generously provided the funds we needed to ramp up security measures. Basically, we converted the server into some kind of 21st century bomb shelter.

Nevertheless, ad revenue kept falling even though visits were stable.

I was able to fulfill all financial obligations until last week two technicians of the local energy company came to cut off electricity. Fortunately I had the cash, but I knew that was what the beginning of the end looks like.

I took to Facebook on Monday and asked our community for help with overwhelming response. Within 16 hours, community members had taken care of 67% of the $200/month I had asked to at least not go bankrupt. I had set the deadline at 15 days.

However, while we may be getting out of financial trouble, a one-person newsroom is editorially weak. Diverse newsrooms reduce bias and increase the quality.

For that reason I have created a Facebook group to allow readers to report errors and challenge editorial decisions. This is crucial for the reliability of my work. I have retook my old practice of adding links to sources to provide as much transparency as possible.

Until things calm down Colombia Reports will be vulnerable and it’s going to be very hard to adequately report on the peace process and the many other things happening in the country, but I am going to try harder than ever before.

The involvement of the community has been a tremendous moral boost. With the newly founded “readers’ council” or “editorial board” we will improve accuracy and reduce bias.

I have already begun formulating grant proposals in order to expand the newsroom and improve our work. Your expressed support is going to help me get these funds.

One reader urged us to get an SSL certificate. I don’t know what that is, but it will be installed tomorrow already.

If we are able to obtain the extra $200/month within three instead of 15 days, I believe we are effectively sending out a very clear message that independent journalism is broadly supported, and that either threatening or attacking is rejected by a large group of people.

If we get more, I will consult Facebook community on what to invest in next. My first proposal is to get the comments we killed to save money working as soon as possible again.