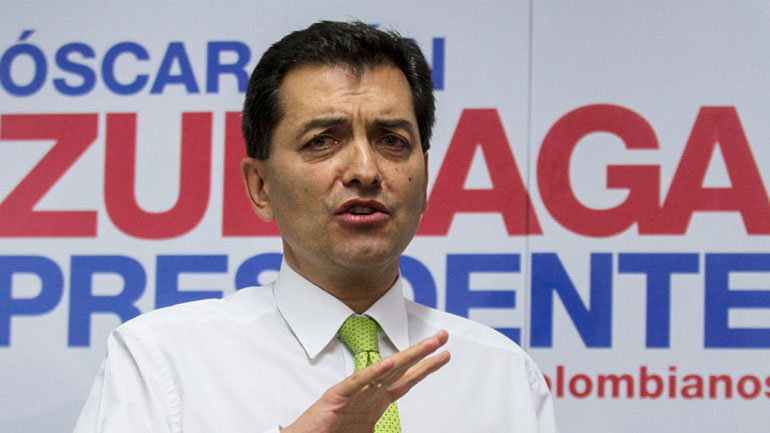 A Bogota judge on Wednesday called for the arrest of the former campaign manager of opposition presidential candidate Oscar Ivan Zuluaga who has been accused of intercepting classified information on peace talks for electoral gain.

Luis Alfonso Hoyos, former campaign manager for then-candidate Oscar Ivan Zuluaga of the opposition Democratic Center Party, was accused of being the mastermind behind the hacking scandal in which peace talks between the FARC guerrilla group and Colombia’s government in Havana were wiretapped.

Hoyos has refused to attend any court hearings scheduled by the Prosecutor General’s Office in 2015 and his location is unknown.

The court has now released the warrant for the former campaign manager’s arrest as a “necessary” and “proportional” precaution against a man who is now considered a “threat to society.”

“He has been given a preventative detention in prison… In order to implement this decision the Center of Judicial Services request the arrest warrant,” said the judge, according to El Tiempo newspaper.

Despite the fact that Hoyos has allegedly been provided with all of the necessary legal protection in Colombia, he has still refused to make himself visible in front of the court.

“This is not a case of persecution by the Prosecutor General, which has been directed at the [man in question], as has been argued by the defense council,” said the judge.

Hoyos’ attorney has claimed that his client is the victim of the political persecution of allies and loyalists of former President Alvaro Uribe, who has seen scores of aides arrested and convicted over drug trafficking, ties to paramilitary death squads, illegal spying practices, the bribery of Congress and embezzlement.

According to the case prosecutor, Hoyos knew what he was doing when the conversations were wiretapped between the peace negotiators and was clearly in cahoots with the “hacker”. “Sepulveda created an illegal software for him to do this,” said the prosecutor.

Hoyos is wanted for conspiring to commit a crime, violating personal data, abusively accessing a computer system and using malicious software and espionage.

Zuluaga only just lost those elections and is also under investigation after video emerged of him being informed on progress by Sepulveda.