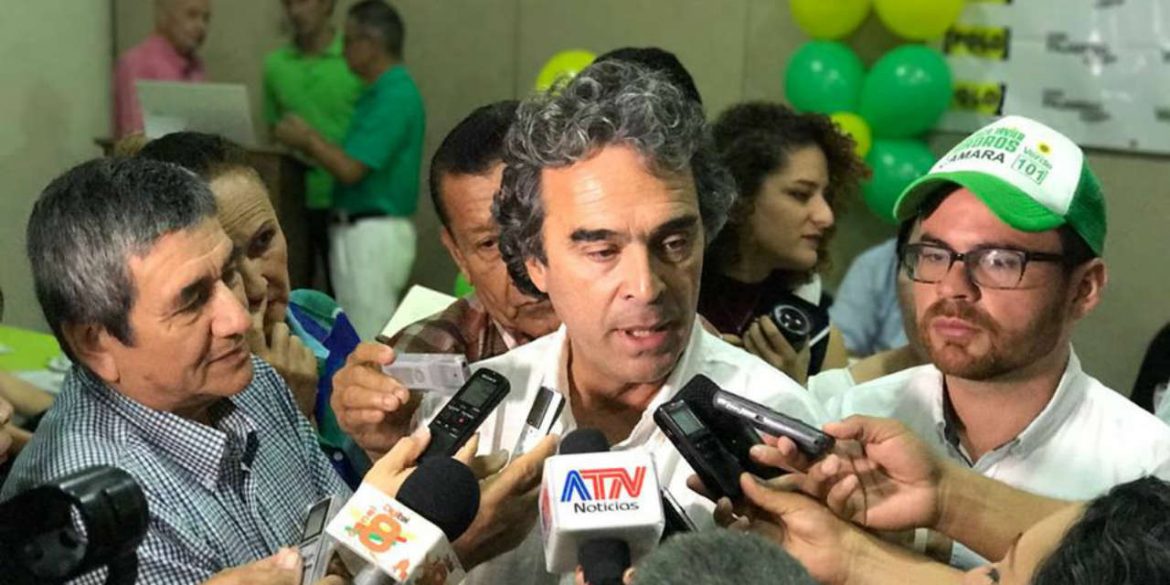 Sergio Fajardo, the centrist candidate who only just missed the second round of Colombia’s presidential election, will not endorse any candidate in the run-off, he said Thursday.

The winners of the first round, conservative Ivan Duque and leftist Gustavo Petro, had both been flirting with Fajardo, who received the support of 4.6 million Colombians in the first round on Sunday.

The centrist’s decision makes a victory for Duque almost certain; Petro was more than 2.7 million votes short in the first round on Sunday and would need a miracle to defeat his opponent on June 17.

Fajardo said he will cast a blank ballot in the second round. “During the campaign, I have said neither Duque nor Petro over and over again, and this wasn’t a strategic trick,” the former mayor of Medellin said on his website.

I believe neither of the two represents what we want for Colombia: a united country in the midst of the differences that enrich it, a country that turns its back on traditional politics in order to seriously combat corruption, a society that respects the peace agreements, and politicians that don’t say anything in order to win.

Fajardo’s refusal to choose will likely fracture his support base.

Some of his supporters will opt for Duque, others will choose Petro and others will follow Fajardo’s example and cast either a blank vote or abstain.

The political parties that took part in Fajardo’s “Colombia Coalition” are deciding for themselves what to do before the second round.

Socialist party Democratic Pole said Wednesday it would endorse the candidacy of Petro, a social democrat. The Green Alliance said the same day it would only endorse Petro under conditions.

Fajardo’s political supporters agree with Petro over his support for an ongoing peace process with FARC guerrillas, but have rejected the growing polarization between the social democrat and Duque.

The two remaining candidates will now have to start appealing to Fajardo’s centrist backers in order to gain votes. The defeated candidate, however, said Tuesday he expects the race to become “very aggressive.”