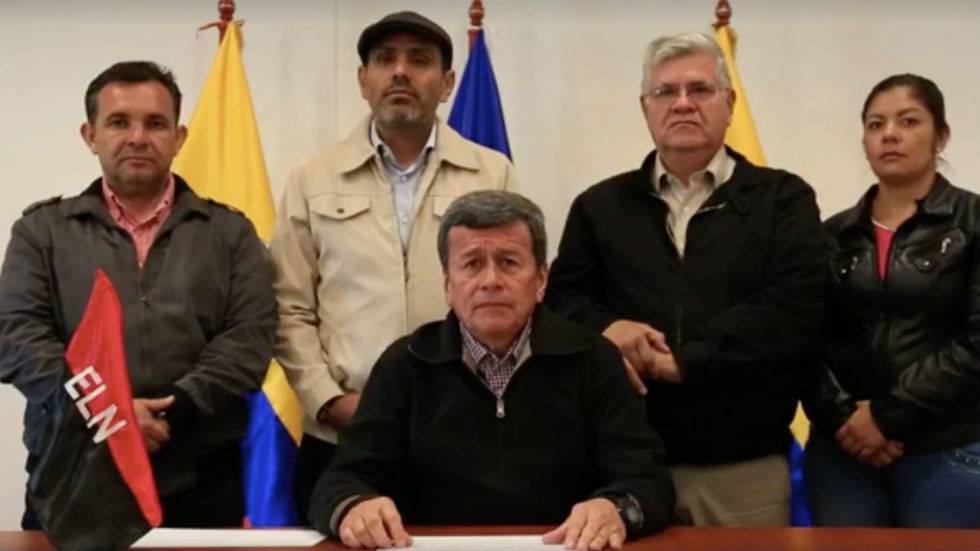 Representatives of Colombia’s only remaining rebel force, the ELN, gave an “unfortunate assessment” of its bilateral ceasefire with the government on Tuesday.

According to an ELN statement, completing one month without armed confrontations between the government and ELN is a “historic” and “significant” achievement.

The ELN’s chief peace negotiator, Pablo Beltran, who read the statement from Quito, Ecuador said the occasion marks the “first time in 53 years [that] guerillas’ weapons have been silenced” in Colombia.

Beltran added, however, that the primary objective of the ceasefire, “to improve humanitarian conditions” in areas traditionally torn apart by conflict between the two warring parties, remains “unachieved.”

According to the ELN, the ceasefire with the government will continue for at least another month, but the rebels assert the ceasefire has been “put at risk” because “in October threats against and killings of social leaders increased.”

As part of the agreement to uphold the ceasefire that began on October 1, the ELN has insisted the government improve security conditions for social leaders and human rights defenders across the country.

Since the government signed a peace agreement with the FARC roughly one year ago, an increasing number of social leaders in Colombia have been targeted and killed.

Paradoxically, the ELN admitted to killing a social leader, indigenous governor Aulio Isarama, during the ceasefire a few weeks ago.

In October the ELN’s Western Front claimed responsibility for the homicide, which the government and ELN’s independent monitoring and verification committee for the ceasefire is now investigating.

The ELN did not mention the killing of Isarama in its statement.

When the government provided its own assessment of the ceasefire at the end of October, Colombia’s chief peace negotiator, Juan Camilo Restrepo, claimed Isarama’s death was “deplorable from every perspective.”

Still, the government insisted “no incident will break the ceasefire” with the ELN.

The ELN also claimed in its evaluation of the ceasefire that the government has “increased the war-like treatment [it] gives to social protest.”

Beginning at the end of October, hundreds of thousands of rural farmers and indigenous people mobilized mass protests across the country, blocking major roadways and resulting in dozens of injuries after clashes with police. Both major protests have since been suspended.

Since starting peace negotiations with the government, the ELN has insisted that increasing citizens’ political participation in government is a major goal behind the group’s violent struggle.

Beltran reaffirmed this point on Tuesday, stating that the ELN is committed “to ensuring that this ceasefire improves the participation of citizens in deciding the country’s future, necessary for a political solution to the [armed] conflict.”

Adding to the pressure

The ELN’s tough evaluation of the ceasefire comes amid widespread concerns over how the Colombian government is simultaneously managing its peace process with the FARC-formerly the country’s largest rebel group.

The UN also recently pledged hundreds of millions of dollars to support Colombia’s criticized rollout of a program to help small-time farmers substitute illicit crops like coca and marijuana.

Still, both the government and ELN have expressed measured optimism that their peace negotiations and ceasefire will continue.

Government representative Restrepo tweeted Monday that “according to the recent [UN Food and Agriculture Organization] report there is a close relation between peace processes and improved food security and nutrition,” apparently referring to both parties’ hope for an improved humanitarian situation in war-torn regions.

The ELN’s Pablo Beltran affirmed that “No armed confrontations between the [two] sides occurred” in October.

“You can count on us to continue this process of finding a political solution to the conflict.”