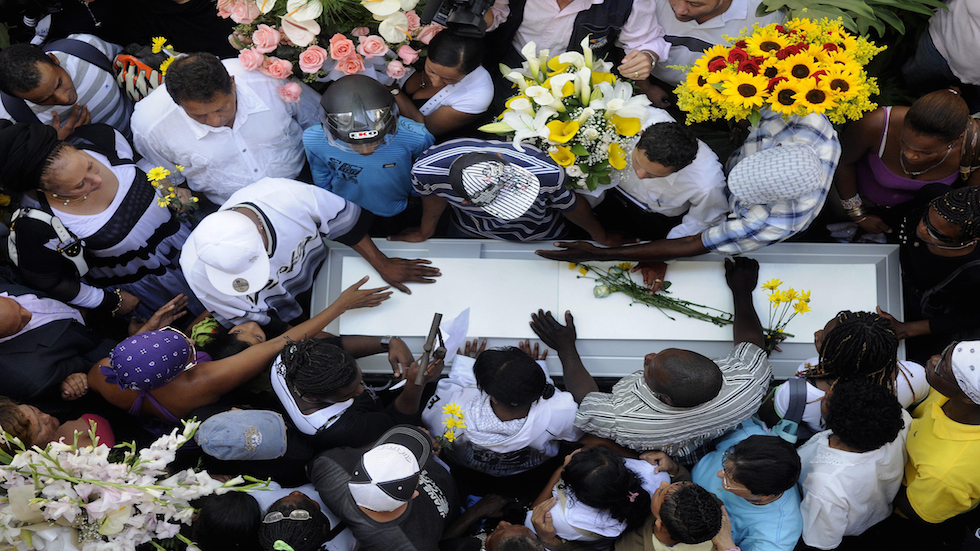 In the past seven days armed actors have murdered five social leaders in Colombia, a disturbing figure for a country trying to implement a national peace process.

According to the Foundation for Peace and Reconciliation (PARES), more than 80 social leaders have been killed in 2017. That’s approximately one leader every three days, nearly double the same statistic from 2016.

A United Nations official recently affirmed that the killing of leaders has increased since a peace deal was made with Marxist FARC guerrillas last year.

In the most recent killing, Miguel Perez was promoting the government’s new illicit crop substitution program in the Antioquia province when he was murdered.

PARES claims the majority of killings in 2017 have involved leaders promoting alternatives to coca, the base ingredient for cocaine, according to Semana magazine.

A similar report published this week by three human rights organizations stated that indigenous leaders have been the primary target of the killings, followed by rural community representatives and Afro-Colombian rights leaders.

Gay rights and labor rights activists have also been affected by the violence.

The first leader killed this week, Jair Cortes, was a member of the local community council in Alto Mira and Frontera, Tumaco, where coca-related clashes between security forces and coca farmers earlier this month left at least seven farmers dead at the hands of police.

Cortes, who had limited protective measures from Colombia’s National Protection Unit, had publicly denounced the massacre before he was killed.

In the Tolima department Thursday, indigenous organizations denounced the death of teacher Liliana Ramirez, who was killed by hired assassins in the Coyaima municipality.

Further in the south of the country, in the Putumayo department, the leader of a community action committee, Eliecer Carvajal, was killed by unknown actors this week.

Locals in the Puerto Guzman area where he was killed affirmed that Carvajal had been facing death threats for a long time, but local officials never responded.

Finally, a community leader in Comuna 13 in Medellin, Liliana Catano, was murdered this week, allegedly in relation to her work as a land claimant.

In part in response to the dangerous security situation facing social leaders in the country, a series of protests were launched this week across Colombia, calling on the government of President Juan Manuel Santos to implement the peace accord with the FARC.

The continued wave of killings has prompted the Colombian public as well as several international observers to call on Santos to put measures in place to prevent these assassinations amid fears of a repeat of a massacre that happened in the 1980’s.

In 1985 President Belisario Betancur (Conservative Party) began peace talks with the FARC and allowed the guerrillas to join unarmed leftist groups to form the Patriotic Union (UP) political party. Paramilitary groups—with continued help from the military—killed members of the UP in a scale not seen since “La Violencia” in the 1940s and 50s.