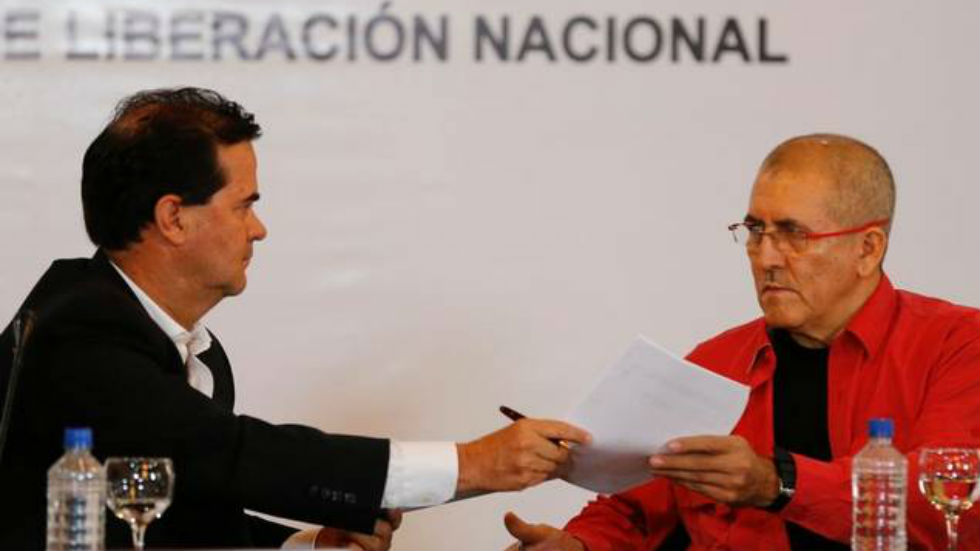 Hundreds of community leaders are expected to take part in a new round of peace negotiations between Colombia’s government and ELN rebels on Monday.

The current round of the peace talks are scheduled to last until December 15, with the goal of reaching an agreement on society’s participation in the overall negotiation and implementation process.

The first point on the formerly warring parties’ peace agenda is to agree on “public participation in peacebuilding.”

Since the ELN and government began exploring peace negotiations in 2014, the leftist rebel group has insisted that public participation be at the center of their peace talks.

The group’s insistence for public participation marks a point of departure from earlier peace negotiations with the FARC, formerly Colombia’s largest rebel group, in Havana. During those negotiations, which ended in 2016, the government and FARC kept civil society largely out of the equation, only occasionally accepting visits or testimonies from outside parties.

President Juan Manuel Santos’ plebisicte for peace in October 2016 was largely viewed as an attempt to garner popular support for the peace accords with the FARC after they were already negotiated.

After the plebisicte failed, a politically diverse array of Colombian society criticized the president for not involving more victims, ethnic groups and others earlier during the peace negotiations.

For their part, the ELN wants to involve a wide scope of Colombian society during the entirety of their peace negotiations with the government.

In their most recent phase of talks, the parties “agreed to a series of preliminary public audiences to engage in dialogue with civil society,” said Meriguet.

“It was originally planned to do these in Ecuador, but now they will take place across Colombia,” he added.

How open is open?

In the negotiation process to date, Colombia’s team led by Juan Camilo Restrepo has largely focused on pushing measures to end violent conflict.

After pressure from the government and Pope Francis, both parties agreed on October 1 to a historical bilateral ceasefire, the first of its kind for the ELN since the group initiated its armed rebellion in 1964.

The ELN, however, claims that while the government is focused on ending conflict, their group is focused on building peace, in part through the inclusion of civil society in the peace process.

Still, members of civil society have expressed serious doubts over both parties’ commitment to public inclusion.

“We are still being killed, still being hurt as part of this conflict” a senior representative of Colombia’s National Indigenous Organization (ONIC) told Colombia Reports. “And yet we are not being recognized as subjects and actors in the peace process.”

“Our equal participation as a third actor is the first thing that needs to be done in these negotiations.”

The ONIC representative claims his organization, which represents 87 different indigenous nations across the country, fears the ELN negotiations will be a repeat of the talks with the FARC in Havana.

“What happened in Havana was a negotiation only between two actors,” he said. “We need to correct the errors of that peace process…to allow for the effective participation of social society as a whole.”

The senior ONIC representative said neither the ELN nor the government have provided any information about the public audiences that will be held across the country by early November.

According to Ecuador’s diplomat Meriguet, the audiences will include “various social levels” of Colombian society, “from the academe to popular organizations, including prisoners [of the ELN held by the government] and of course the victims of this long and cruel war.”

The representative from ONIC affirmed his organization will participate in the audiences.

Juan Camilo Restrepo tweeted last week that “preparatory audiences for the dialogue with civil society agreed with the ELN will begin this week.”

“Compromises agreed by the government to be met during the ceasefire” such as an “early alert system to better protect social leaders,” “are being complied with in a punctual manner,” he added.

The parties’ biggest agreement to date was a bilateral ceasefire that will last through January 9th.

Following the death of an indigenous governor in Chocó this week, the ELN admitted the crime, thereby marking a possible violation of their ceasefire with the government.

“Peace has not arrived to our indigenous territories,” said the ONIC representative. “Their [peace] dialogue is not a true one if it is not coherent with actions on the ground.”

“We cannot allow civil society, the most excluded sector, the one hardest hit by violence, once again remain excluded from a peace negotiation.”