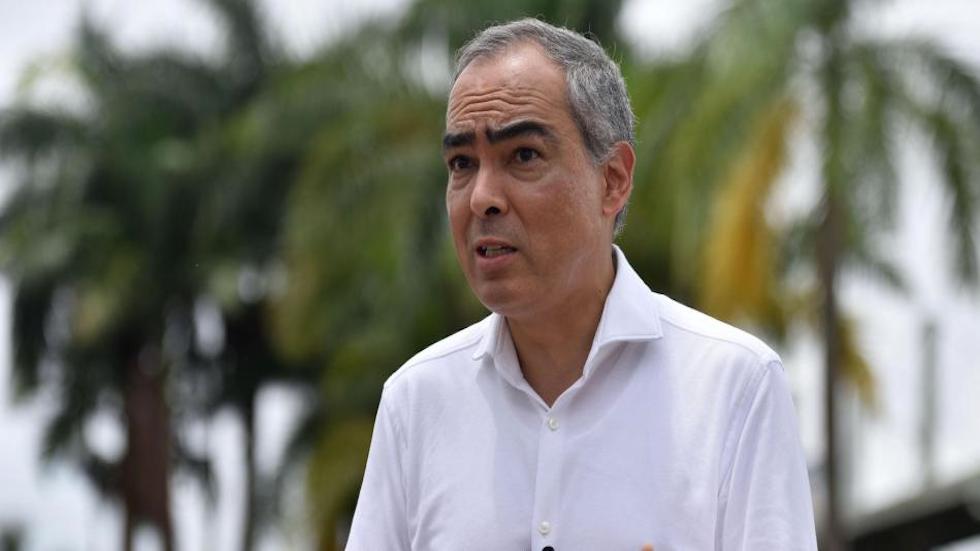 Colombia’s High Commissioner for Peace stated Monday that “no incident will break the ceasefire” with the ELN, but rejected the killing of an indigenous governor by the rebel group.

The High Commissioner, Rodrigo Rivera, urged judicial authorities to investigate the admitted killing of Aulio Isarama in the Choco province last week and to seek justice for the perpetrators.

This confession from the ELN should be taken to the [negotiating] table to evaluate its severity. There will be an investigation by the [ceasefire] Monitoring and Verification Mechanism, but it’s important to note that no incident will lead to a break of the ceasefire…The negotiating table will adopt measures to strengthen processes carried out as part of the ceasefire.

On Monday the guerrilla group’s leadership issued a statement in which they asked for forgiveness for the assassination of Aulio Isarama by the ELN’s Omar Gomez Western War Front in Alto Baudo, Choco.

Depending on an investigation by the Monitoring and Verification Mechanism, the assassination could mark the first violation of a bilateral ceasefire between the government and ELN that went into force on October 1.

We apologize for this painful case to his relatives and friends and understand their words of pain for what happened.

Paradoxically, the guerrillas had made the investigation of the killing of social leaders in Colombia a condition for the first bilateral ceasefire since the formation of the guerrilla group in 1964.

The government’s chief negotiator for the talks with the ELN, Juan Camilo Restrepo, called the assassination “deplorable from every perspective. And deceitful.”

“The mechanism for monitoring and verifying the ceasefire will have to make a decision; beyond what the judges [say] it’s a repudiable crime.”

In the Choco province, where the indigenous governor was killed, the indigenous Table for Dialogue and Agreement issued a statement demanding “the exit of armed groups from our territories, [and] respect for our Autonomy and Governability…To the National Government, [we call for] the protection of our threatened leaders in an urgent manner.”

Our word will not be silenced, we will not quiet ourselves before armed actors and their violent acts that transgress the harmony of our territory.

Indigenous Table for Dialogue and Agreement

“Peace has not arrived to our indigenous territories,” one representative of Colombia’s National Indigenous Organization told Colombia Reports. “Their [peace] dialogue is not a true one if it is not coherent with actions on the ground.”

Dozens of community leaders like Isarama have been killed since a peace deal with the FARC, formerly Colombia’s largest Marxist guerrilla group, was signed in December last year.

The demobilization of the FARC and the military’s failure to overtake the guerrillas’ abandoned territory have led to turf wars in areas that used to be controlled by the FARC.