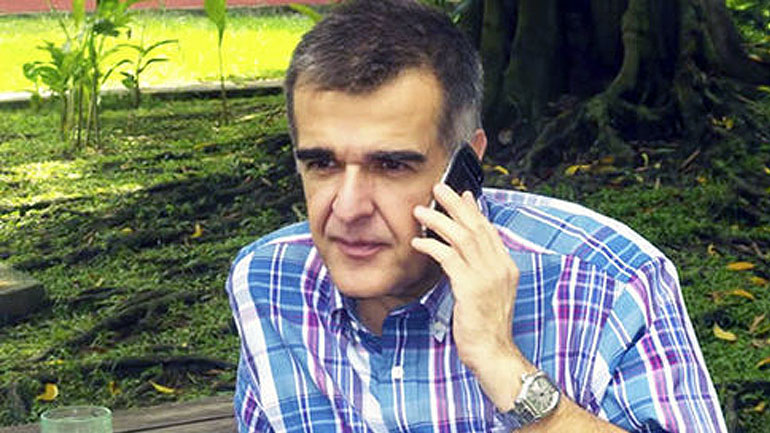 A mayor candidate from west Colombia, accused of maintaining ties with local drug lords, was assassinated on Monday.

Jose Ignacio Londoño, the Liberal Party candidate for mayor of Cartago in the Valle del Cauca province was shot dead by two men while holding a campaign meeting with his advisers.

Just weeks before his death, Londoño was one of 140 candidate mayors and governors who had been flagged by a conflict think tank over alleged ties to drug traffickers or other criminal structures.

The assassinated mayor candidate had been linked to the Rastrojos drug cartel whose dominance in the region around Cartago has been disputed by neo-paramilitary group Los Urabeños.

According to local media reports, Londoño was shot at through the windows of his campaign center. He was declared dead by medics who arrived in an ambulance to take him to hospital.

Londoño’s wife, Maria Isabel Henao, was injured in the attack as well as the city’s finance secretary who was present at the meeting.

The assassinated mayor candidate comes from a local political dynasty; His father was a leading Liberal Party mogul in the north of Valle del Cauca and his mother was the former mayor of Cartago.

Londoño obtained his first elected position when he was 18 and became a member of the council of the Obando municipality.

However, by 1994 he was alleged to be one of the brokers of a deal between the Cali Cartel and Liberal Party presidential candidate Ernesto Samper whose campaign was financed by the drug traffickers.

Serpa, currently the Liberal Party’s leader in the Senate, was also the one who granted the party endorsement to Londoño for the upcoming elections.

The party’s leadership has come under fire over its endorsement of numerous candidates with alleged ties to paramilitary groups, drug traffickers or major corruption schemes.