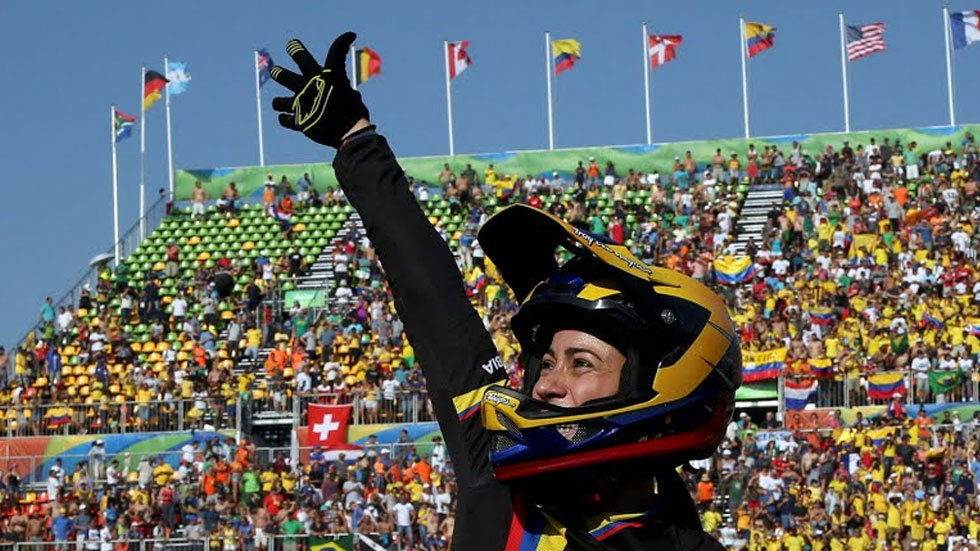 The Medellin-born Pajon was among the favorites. She’s won steady gold at the BMX World Championships since 2010 and the 2012 Olympics in London.