AngloGold Ashanti believed it was above Colombia’s law, until farmers stepped in

Not even the military could prevent locals from the small town of Jerico, Antioquia, from expelling South African gold miner AngloGold Ashanti and enforce a local ban on mining.

The mining company tried to continue exploration activities in the town on Monday in defiance of the town’s authorities that banned all mining activity in the coffee-growing municipality in November last year.

Suspecting resistance, the South African multinational had asked the police, the military and even feared riot police unit ESMAD to make sure they could ignore the local ban.

But the locals found out beforehand and, using social media, mobilized the town to make sure that Anglo Gold Ashanti respect their decision not to convert one of the mountains that characterize the region into an open-pit goldmine. 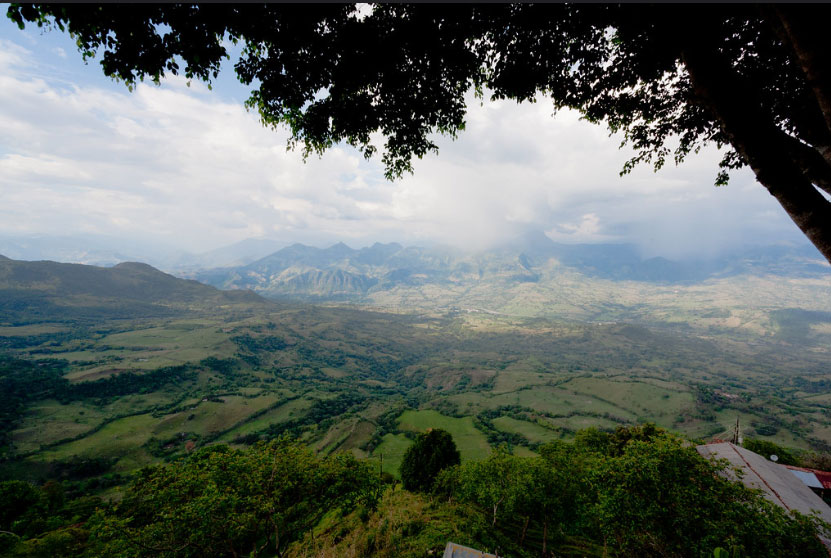 View on the countryside outside Jerico. (Image: The Colombian Way)

To avoid a violent confrontation between the security forces and the locals, Mayor Jorge Perez mediated and successfully convinced the South Africans and the security forces that no mining activity is allowed in the town, unless the court overrules Jerico’s council’s decision to maintain the municipality mine-free.

Talking to weekly Semana, Perez could not hide his indignation that the mining company had come to the town accompanied by heavily armed security forces to confront farmers defending their rights.

The attitude of the multinational mining company is regrettable, because they know that the agreement is still in force and that we have yet to hear the ruling of the Administrative Court of Antioquia; they ignored that. They go to the Vallecitos hamlet with the ESMAD, the Police and the army, and that is not the way. These people are farmers. Those who were there are not criminals.

How long the locals can prevent the South Africans from destroying their environment is uncertain. AngloGold Ashanti has reportedly obtained the support of powerful business cartels and elite families from Medellin, the capital of Antioquia, who have a lot of influence in the corrupt court system.