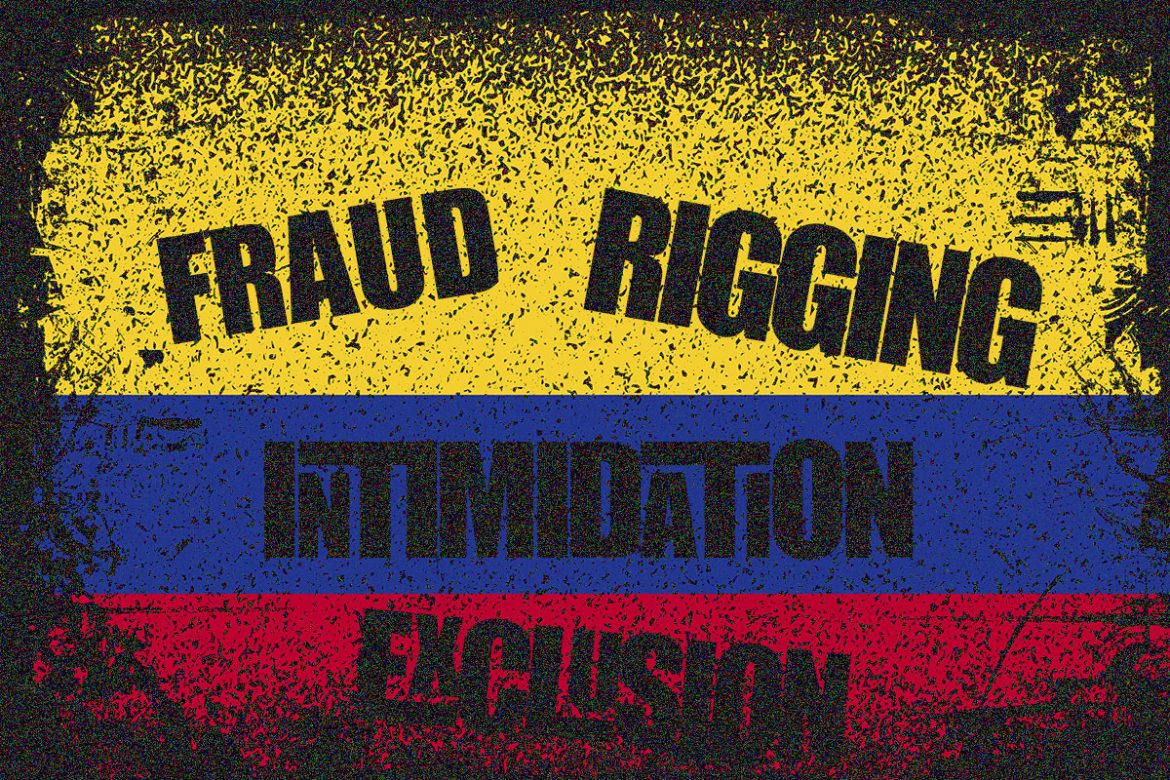 Will Colombia’s 2022 elections be free and fair?

Colombia’s government and traditional political parties have made and proposed changes that could complicate free and fair elections next year.

The latest controversy arose on Monday when the director of the Federation of Municipalities, Gilberto Toro, to postpone next year’s congressional and presidential elections so they coincide with local elections.

Toro’s claim that postponing the elections until 2023 would save a “loads of money” was discarded quickly by the opposition and independent parties.

Holding all elections on one day may be cheaper for the tax payer, but also for dark forces who obtain political power through vote-buying.

President Ivan Duque’s far-right Democratic Center party and its coalition partner, Radical Change, would have difficulty buying vote next year as both are being investigated for election fraud by the Supreme Court.

The government’s low approval rating and the coronavirus further increase the chances for opposition parties and anti-corruption candidates in next year’s elections.

The criminal investigations and electoral insecurity would make it more difficult for corrupt candidates to find illegal investments from businesses who may fear losing their investment.

With the approval of Congress, Duque has given National Registrar Alexander Vega considerably more powers and a massive budget increase, raising additional concerns.

The National Registrar has the faculty to simply deny evidence of fraud, which was a problem before the controversial Vega was appointed and given extra powers already.

Evangelical party MIRA was expelled from the Senate through in 2014 using a fraud scheme that allegedly secured the 2018 election of between 10% and 20% of Congress.

Both Vega and his predecessor Juan Carlos Galindo refused to investigate this, which caused major tensions following the last elections.

Duque has refused to reestablish diplomatic ties with Venezuela, which bars approximately 3 million citizens who are living in the neighboring country from taking part in the elections.

Santos claimed in 2018 that his Venezuelan counterpart Nicolas Maduro was paying Colombian residents to vote without providing any evidence.

This distrust now apparently targets Colombians who have returned from the neighboring country. According to newspaper El Tiempo. Colombians fleeing Venezuela were part of another plot by Maduro to influence the elections.

The national registrar told the newspaper he was considering action.

Presidential intelligence agency DNI appears to be colluding with El Tiempo and weekly Semana to publish all kinds of unsubstantiated conspiracy theories over electoral meddling plots from Venezuela and Cuba.

The socialist island state, for example, would have a strategy to bolster “support networks that favor their interests, pressure governmental decisions, co-opt supporters of the revolution and generate destabilization of the democratic system and institutions,” Semana reported in January.

So far, the baseless claims haven’t accused specific candidates or parties of receiving outside support, but appear to be seeking to generate a general distrust of opposition.

Far-right group Aguilas Negras, which is associated with the security forces, has been publishing death threats that seek to intimidate supporters of opposition Senator Gustavo Petro.

This intimidation is aggravated by violence from all kinds of illegal armed groups targeting human rights defenders and community leader who exercise significant influence over voters with a moderate or left-wing tendency.

The Office of the United Nations Secretary General warned in December that this violence is increasingly spilling over to political parties from all sides of the political spectrum.

The president said in December he wanted to form a new intelligence agency, the CI3T, “for the exchange and evaluation of intelligence information that allows the monitoring and anticipation of terrorist actions.”

The so-called anti-terrorism campaign would specifically target young people, whose political activity has been criminalized for decades.