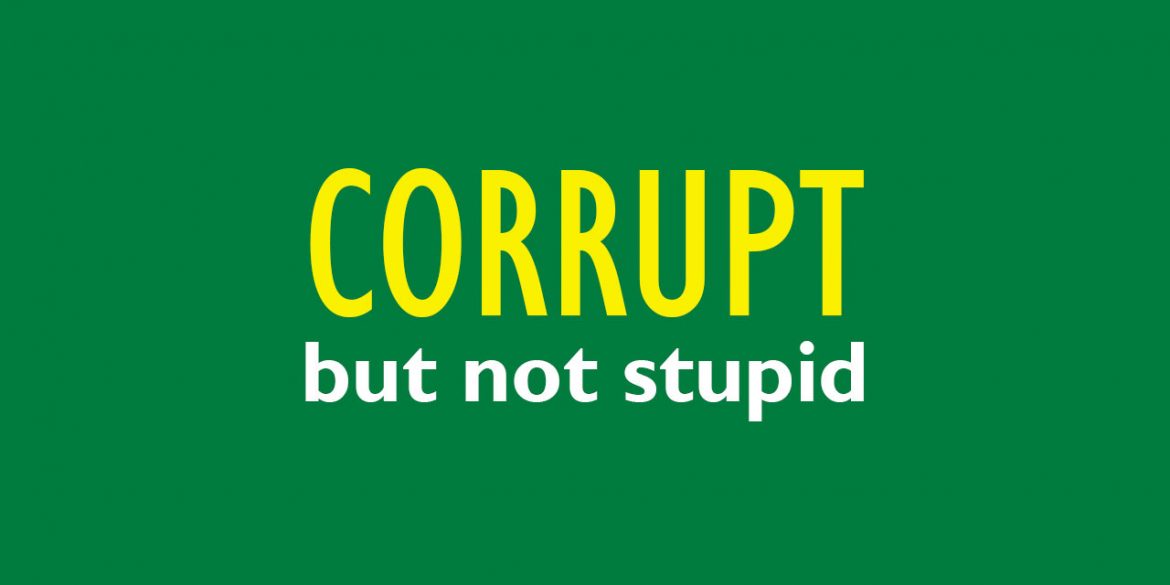 Colombia is bled dry through the corruption of its political system. Here’s how the criminal activity of vote-buying works.

If you are new to the profitable business of ripping off Colombians, it is important to understand that the country, like many Latin American countries, is neither a free market economy nor a democracy.

Cartels, or “clans” as they are called in Colombia control much of the country’s economy and politics.

These cartels consist of businessmen, electoral barons called “chieftains” and a network of “handymen” who can either work for your business, in the public administration or in the election campaign.

Entering a cartel requires a capital investment or working your way up, for example as a chieftain’s handyman.

Becoming a member of a political party is useful, but optional. Having an astute lawyer with knowledge of the system is an absolute necessity.

Because both cartel-forming and vote-buying are illegal, it is important to be careful and prudent at all times and consult with your attorney regularly.

The system is infested with honest officials and politicians who could get you in legal trouble. Furthermore, fellow cartel members could try to steal your investment or your political clout.

The safest way to rip off Colombians is not to run for office yourself, but use a politically ambitious or naive puppet you can replace. This way you avoid damaging your cartel or ending up in prison.

Once you’re a member of a cartel, either as a business or as part of a chieftain’s hierarchy, it is important to begin rigging the process at least a year before the elections.

Generally, the chieftain begins collecting contributions before December to consolidate the support of the handymen that will eventually do the vote-buying.

Because Christmas is important in Colombia, making sure that all handymen can buy presents for their families will generate loyalty. This is particularly important if rival cartels are trying to recruit your chieftain’s handymen.

If you’re a businessman, it is recommended you use your personal savings. You can use company funds, but only if the pre-campaign contributions to the chieftain are disguised as legitimate payments for rendered services.

Independent or with party endorsement?

Political parties generally provide the formal endorsement that allows a candidate to take part in the elections.

Using an independent candidate, however, has become increasingly popular because it allows the candidate to pretend to be anti-corruption or anti-establishment.

This  option is more expensive though, because an independent candidate needs a minimal amount of verified signatures to be allowed to run, which means that the handymen must be put to work both before the campaign and before the elections.

Making formal campaign contributions is optional, but crucial for the candidate to pretend he is running a legitimate campaign with flyers, banners, advertising and the likes.

This is particularly important in cities where electoral observers are more active and the absence of a campaign may cause suspicion.

It is during these three months of campaigning that the network of handymen are put to work to provide crowds at campaign rallies.

This crowd management is led by the chieftain, but  managed as a multi-level pyramid scheme.

The chieftain’s immediate assistants coordinate a network of handymen who are divided, for example, per district. These mid-level handymen coordinate the low-ranking handymen who “fondle” the voters.

If your chieftain is tied to the outgoing administration, handymen within the administration will for example “fondle” public officials.

This is easiest when the public officials are freelancers, because they can be fired if they refuse to cooperate.

This “fondling” is highly interactive; potential voters or community leaders inform the handymen of the specific needs of a specific community or how much they charge per vote.

The handymen then inform their superiors on how many voting commitments they have obtained and how much money this will cost.

Once there is agreement, the fondled voters must demonstrate they have registered to vote and sign their commitment with the handyman who hands the list of voters and their ID numbers to the chieftain’s accountant.

This is important, because not all fondled voters will effectively vote for your candidate and if not enough votes can be acquired, the operation must be called off.

Ideally, the handymen also secure their community’s commitment to show up when your candidate makes a campaign visit to their neighborhood or village. This is of particular importance if media are present.

Once the chieftain is certain that the investment guarantees an electoral victory, the handymen will be given the money for the pre-election payment or to satisfy the needs of his community, for example by fixing potholes or delivering building materials, liquor or food.

Election day is when the entire system is put to work. Transport and nourishment must be provided, and pressure must be exercised to make sure that as many registered voters as possible effectively vote for your candidate.

This is particularly important in the countryside where voters may not have the means to go to the polling station.

A powerful chieftain will have handymen inside the polling stations and watchmen outside to alert those inside if electoral observers or authorities are approaching.

Because it is impossible to verify whether a voter effectively chooses your candidate once their vote disappears in the ballot box, manipulation and intimidation is key.

Putting up propaganda inside polling stations is ideal as it leaves the impression that the chieftain controls the entire process.

Voters will only be paid if they show their voting certificate and their ID matches the one they previously registered with the handyman.

Once the elections are over and your cartel and chieftain have taken control over the municipal administration,the  investment is gradually returned.

This is particularly effective if your chieftain succeeds in controlling both the executive and the legislative branch and an allied comptroller can be appointed.

Once this is secured, your cartel has absolute control over every peso that enters the administration’s coffers.

Not only will this provide well-paid jobs to your family and friends, it will give you a major advantage when you need to repeat the racket in the next elections.

Before you ransack the treasury, it is important to put your attorney to work and register companies or consultancies that provide services needed by the administration. This will allow your elected officials to give you a return on your investment by granting you government contracts.