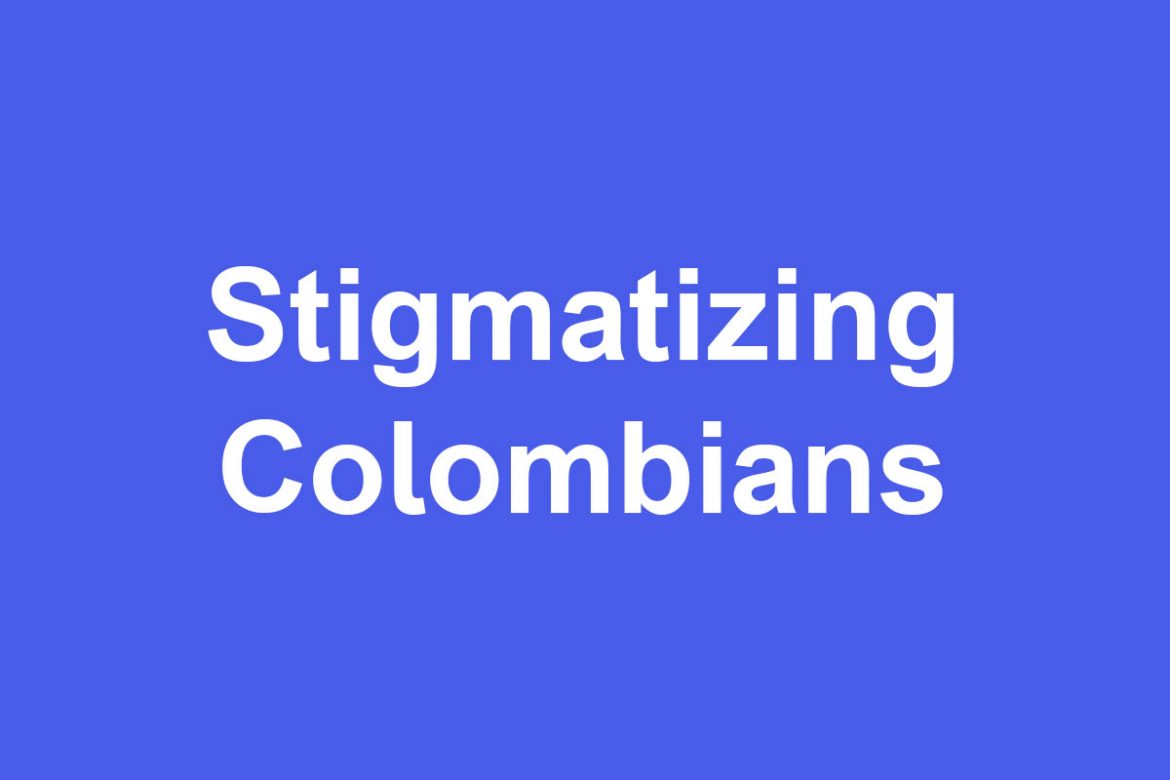 Colombia’s mass media have been stigmatizing citizens who migrated to Venezuela for more than 15 years.

According to Colombia’s migration agency, more than 1,729,000 Venezuelans migrated to Colombia in the past year.

More than 500,000 Colombians additionally registered their return as they have been encouraged to do since 2012.

The government of President Ivan Duque is concerned about how these migrants may vote in next year’s elections, however.

The president’s political patron, former President Alvaro Uribe, refused to acknowledge the migrants’ existence while the country’s mass media portrayed them as traitors.

The fear of the voting migrant

Newspaper El Tiempo reported in November that the government was concerned abut the participation of almost 380,000 “Venezuelans” in “an alleged plan of the regime of Nicolas Maduro” to influence the 2022 elections.

El Tiempo specified it wasn’t talking about Venezuelans, but the children of Colombians who have fled the neighboring country over the past seven years.

The newspaper published statistics that were consistent with all 570,000 citizens who registered their return with the National Registry as they have been encouraged to do as as part of the “Colombia Nos Une” program since 2012.

The 380,000 referred to those Colombian citizens who will be allowed to vote unlike the approximately 3.5 million Colombians estimated to live in Venezuela.

Maduro cut off all diplomatic ties and Colombians’ possibility to vote from abroad in February 2018 after Duque facilitated an opposition attempt to oust his Venezuelan counterpart.

The subsequent tensions spurred a reported surge of ethnic violence against Colombians in Venezuela and the return of migrants who are now met with suspicion and stigmatization at home.

The crime of leaving of Colombia

This origin of the distrust of migrants can be traced back to 2004 when Venezuela’s late President Hugo Chavez sought to give undocumented immigrants voting rights ahead of an August 2004 recall referendum.

According to Chavez, his “Mission Identity” would allow some 1.5 million undocumented immigrants, mostly alleged victims of Colombia’s armed conflict, to request an identity card that came with voting rights in February 2004.

“Approximately one million Colombians were able to receive their Venezuelan ID cards thanks to Mission Identity kicked off” by the Venezuelan President “to obtain support in the recall referendum,” according to far-right newspaper El Colombiano in February 2005.

El Tiempo reported in March that year that, according to the migration authority in Caracas, 186 thousand of the 595 thousand Colombians who had signed up for legalization “enjoy Venezuelan nationality.”

The political patron of Maduro never needed the immigrants’ votes; Chavez won the referendum with a 2 million-vote lead.

The alleged refugees were convenient to discredit Uribe, who was a fierce critic of Chavez’s “Bolivarian Revolution” and an outspoken supporter of Venezuela’s opposition.

Colombian media’s subsequently stigmatized the migrants by falsely claiming they were Chavez’ electoral tool or given Venezuelan nationality.

When Duque’s political patron left office in 2010, the Colombian government acknowledged the migration to Venezuela of no more than 100 thousand Colombians since 1997.

According to one of the government’s latest conspiracy theories, the Colombians who returned from Venezuela are now a potential threat to democracy.