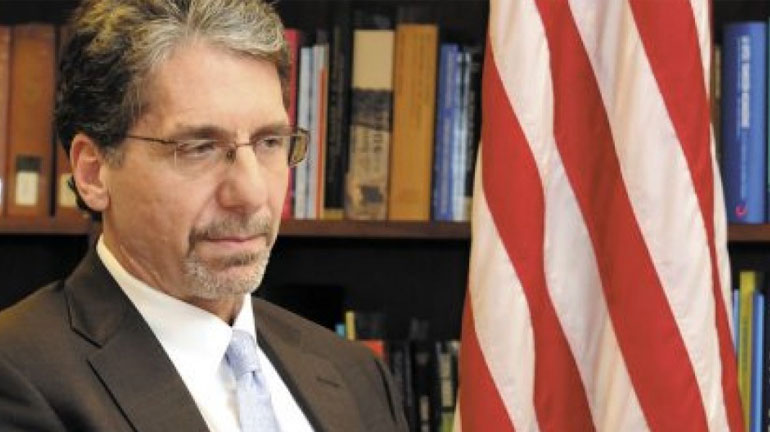 The United States is already supporting post-conflict programs ahead of a peace deal between Colombia’s government and FARC rebels, the US ambassador to Bogotá said Thursday.

According to Ambassador Kevin Whitaker, the US’ foreign aid agency USAID is already supporting government reintegration programs for demobilized fighters, including those who have deserted the FARC while formally still at war with the state.

According to Whitaker, “our plan is to broaden these activities in the entire post-conflict process” that would follow a peace deal if negotiators are able to overcome the last obstacles.

The ambassador spoke to the press ahead of a formal meeting between US President Barack Obama and his Colombian counterpart Juan Manuel Santos later in the afternoon.

The two presidents will meet to commemorate the 15th anniversary of Plan Colombia, a US-funded strategy to curb cocaine trafficking from Colombia and reinstate state authority that had eroded after decades of war between the state, right-wing paramilitary forces and leftist rebels like the FARC.

According to the ambassador, the US will remain involved in security matters in the South American country also after peace is signed.

“Security is essential for the post-conflict period. This is why we should continue to help the armed forces” that, once peace is signed, will have to consolidate vast swats of territory currently mainly under guerrilla control.

The FARC partly financed its military campaign against the state through drug trafficking and other criminal activity and other illegal armed groups exist to fill the possible void if FARC units abandon their illegal activities.

Ahead of this, President Juan Manuel Santos announced an increased effort to curb the influence of paramilitary successor groups as “Los Urabeños,” currently the country’s most powerful drug trafficking organization.

“We are working hand in hand with Colombia on this new strategy in the fight against drug trafficking,” said Whitaker.

The US is not yet thinking of removing the FARC from its Foreign Terrorist Organizations list, said Whitaker, but in the event the rebels have disarmed “this will be worth considering,” echoing the words of the US’ Special Envoy Bernie Aronson.

Founded in 1964, the FARC wants to convert into a non-violent political movement, leaving behind a war that has left according to official estimates at least 260,000 dead and millions more displaced.

The group, being a target, has long criticized US intervention that has supported the guerrillas’ decimation through bloody military offensives ahead of peace the peace talks that began in 2012.