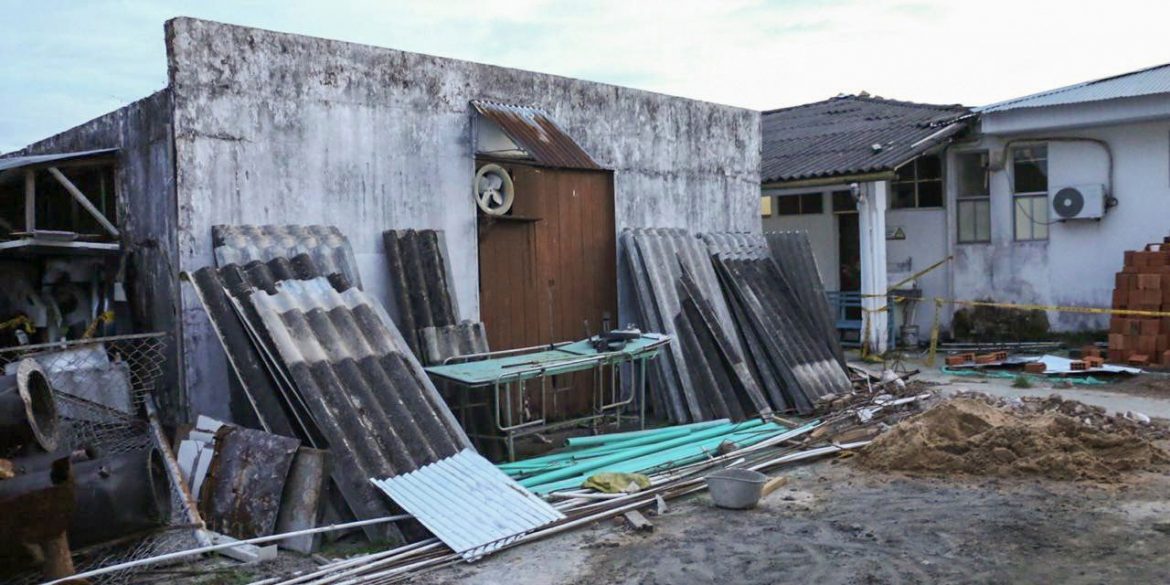 Colombia’s healthcare system has been on the brink of collapse for more than a decade. Efforts to allow the system to respond to the coronavirus pandemic were corrupted immediately.

Like every country, Colombia has its own particular healthcare system, which in the case of the South American country is public and supposed to provide universal healthcare.

Healthcare workers, meanwhile, are expected to risk their lives on a freelance basis if they are paid at all, and could lose their job if they are infected by the coronavirus.

The coronavirus pandemic has made it painfully evident how the rackets crippling the system work.

After declaring a health emergency in mid-March, President Ivan Duque vowed a $1.5 billion capital injection that would cancel the private health intermediaries’ debts to hospitals who in turn would be able to pay their personnel’s back payments.

Health Minister Fernando Ruiz sent this money to the health intermediaries, after which it disappeared.

Ruiz told Congress last week he had to transfer an extra $500,000 directly to the hospitals so they could cancel their debts with their providers and another $120 million directly to health workers who hadn’t been paid since January.

The Superintendency for Health, SuperSalud, has yet to inquire where the $1.5 billion has gone.

The Comptroller’s Office and the Inspector General’s Office had to force SuperSalud in February to intervene in health intermediary Medimas, one of the recipients of the $1.5 billion, for refusing to provide healthcare to 300,000 of its 2.5 million clients.

Despite its clients compulsory payments and the extra government funds, “Medimas did not have the liquid resources to meet its payment obligations in the short, medium and long term,” the watchdog concluded last week.

The intermediary was forced to end operations in eight of Colombia’s 32 provinces without anyone inquiring where their money had gone.

According to newspaper El Espectador, only 18 of 40 intermediaries operate without some kind of sanction. Five have been liquidated since January last year.

The pandemic exposed a second common racket, which has destroyed democracy, deprives cities of entire healthcare systems and is currently killing people in the northern city of Cartagena.

While the execution is often sophisticated, the racket in itself is simple; capitalists “invest” in politicians who bribe potential voters. Once in office, the politicians grant their investors contracts to, for example, build hospitals that are never built.

The capitalists get their investment back, the politicians get their cut and the voters can go fuck themselves. If not assassinated, any politician who exposes the corruption can expect public vilification by the media owned by the capitalists.

According to local newspaper La Libertad, “this must be rejected fiercely,” not referring to the corruption that is now killing dozens, but the mayor for cursing at criminals “that deserve the same respect the mayor demands.”

A similar racket between elected officials, particularly governors, and their “investors” is about embezzling hospital budgets.

For reasons unbeknownst to man, governors get to cherry pick public hospital directors, often choosing the capitalists that financed their campaigns or people from their inner circle.

This racket has already killed dozens in the southeastern town of Leticia where, according to the local comptroller, Governor Jesus Galindo and the hospital director went on an embezzlement and robbery binge until SuperSalud was forced to remove him last month.

While the coronavirus was ravaging through the town, the health minister himself jumped in, in an attempt to cover up the mess caused by the government ally who allegedly stole his province’s coronavirus emergency funds.

Political news website La Silla Vacia last week reported that at least nine governors gave their friends control over their public hospital funds in the middle of the coronavirus crisis.