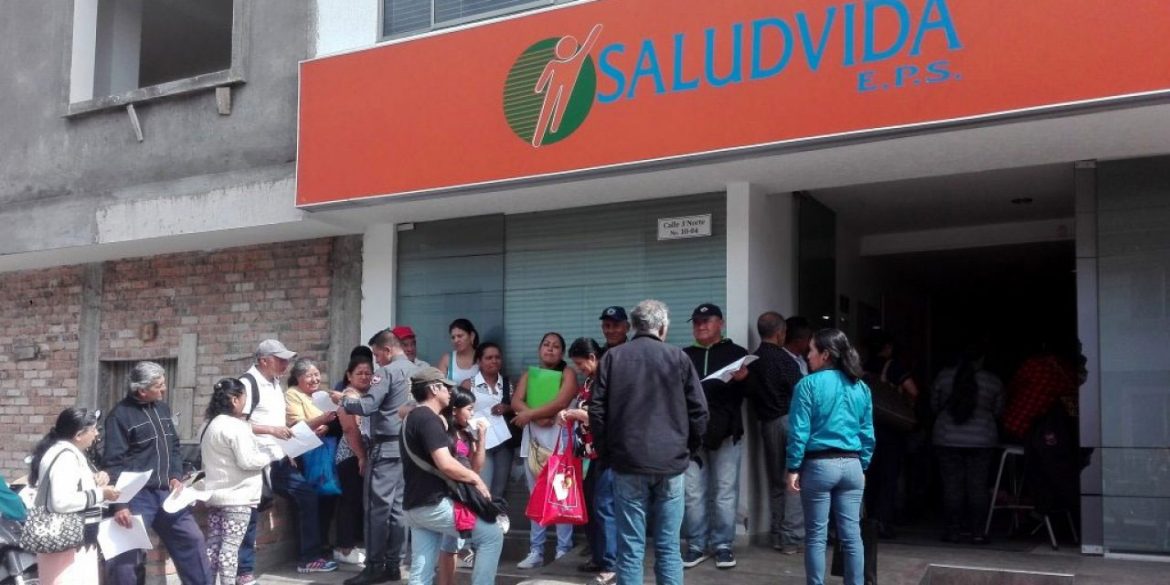 Colombia’s Superintendency for Healthcare (Supersalud) shut down the fifth intermediary this year amid a years-long healthcare crisis, the government agency said Tuesday.

The latest intermediary to be liquidated is Saludvida, whose 1.1 million clients will have to be transferred to a different intermediary.

Saludvida is the fifth intermediary that was forced to closed its doors this year alone and the latest in a long list of shoddy healthcare intermediaries that have plunged into crisis the country’s universal healthcare system since it was created in 2008.

According to newspaper El Espectador, of the 45 companies that mediate between Colombians and healthcare providers registered in January, only 19 operate without any kind of sanction.

Including Saludvida, five so-called EPS’s have been liquidated, another three were banned from operating in parts of the country and another 18 are under special surveillance, the newspaper reported.

According to economics website Dinero, Supersalud liquidated 10 EPS’s during the administration of former President Juan Manuel Santos between 2010 and last year.

The crisis caused by the EPS for failing to mediate healthcare or failing to pay hospital bills has been going on since the system was introduced.

Apart from systemic problems, many of the companies that manage the healthcare contributions of Colombians have become bastions of corruption.

Partly because the companies are major political campaign contributors and media advertisers, a thorough reform of the dysfunctional system is a low priority on the political agenda of many.

Meanwhile, dozens of hospitals are on the brink of bankruptcy and many Colombians are unable to to obtain the healthcare they need.