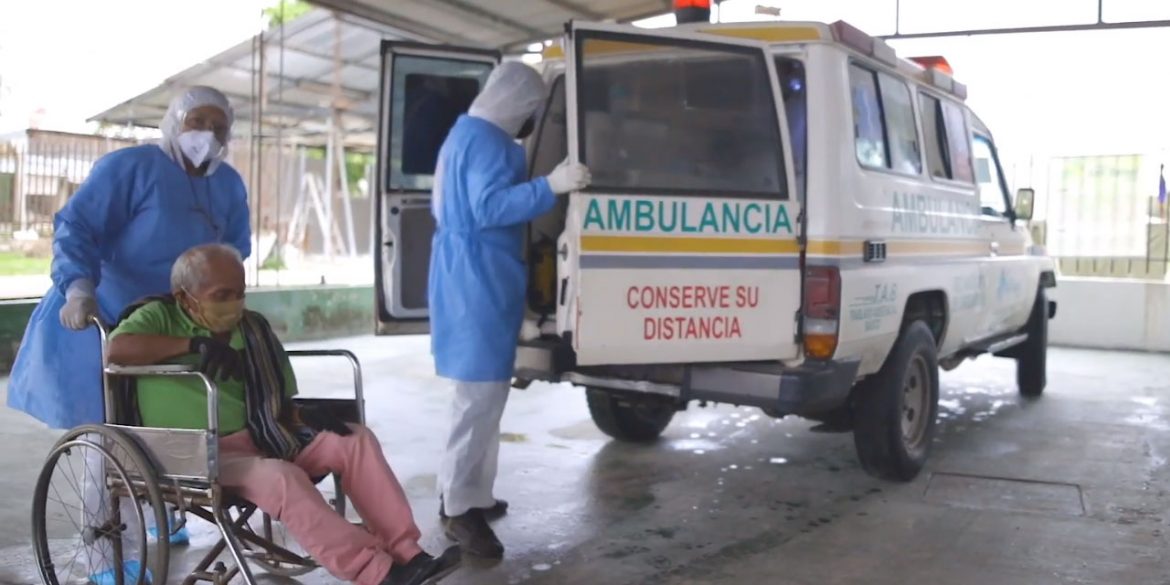 While Colombia’s health minister was in the southeastern town of Leticia faking aid, locals were building the first repository for the town’s growing number of COVID-19 deaths.

The capital of the Amazonas province has always been spared much of the violence of Colombia’s armed conflict.

But the border town could not escape the full impact of the coronavirus pandemic that in two weeks killed more people than violence has in the past four years.

The fatal consequences of corruption and neglect

At least 27 people died of COVID-19 in the town of 50,000 since April 23 because chronic state neglect and the alleged corruption of Governor Jesus Galindo left Leticia without healthcare.

Health Minister Fernando Ruiz has gone to great lengths to conceal the fatal consequences of his inaction and the corruption allegations against Governor Jesus Galindo, President Ivan Duque’s ally.

Local journalist Antonio Paco Lasso has been unable to report on the reality in his town, because he became Colombian journalism’s first fatal victim of the pandemic on Thursday.

The corruption that left Leticia at the mercy of a virus

Health Minister Fernando Ruiz visited the town on Sunday to “analyze Plan Amazonas, surrender protection equipment and talk to the authorities and population,” according to the Health Ministry.

The governor called for help last week, claiming that “up to this moment we do not have these resources here and we do not know how they should be managed” to combat the virus that has gone out of control.

Amazonas comptroller Daniel Oliveira told RCN Radio that Duque’s ally received $1.7 million (COP5 billion) to combat the coronavirus, but had gone on an embezzlement binge with the director of the local hospital, Jaime Riascos.

The hospital director was suspended last week after allegedly purchasing medicine that never arrived from ghost companies or was about to expire, and reporting bogus maintenance contracts.

The corruption and the robbery of hospital equipment left the hospitals in Leticia and Puerto Nariño in ruins and with a debt of more than $3.8 million (COP15 billion), according to Oliveira.

The ruins of the San Rafael hospital in Leticia 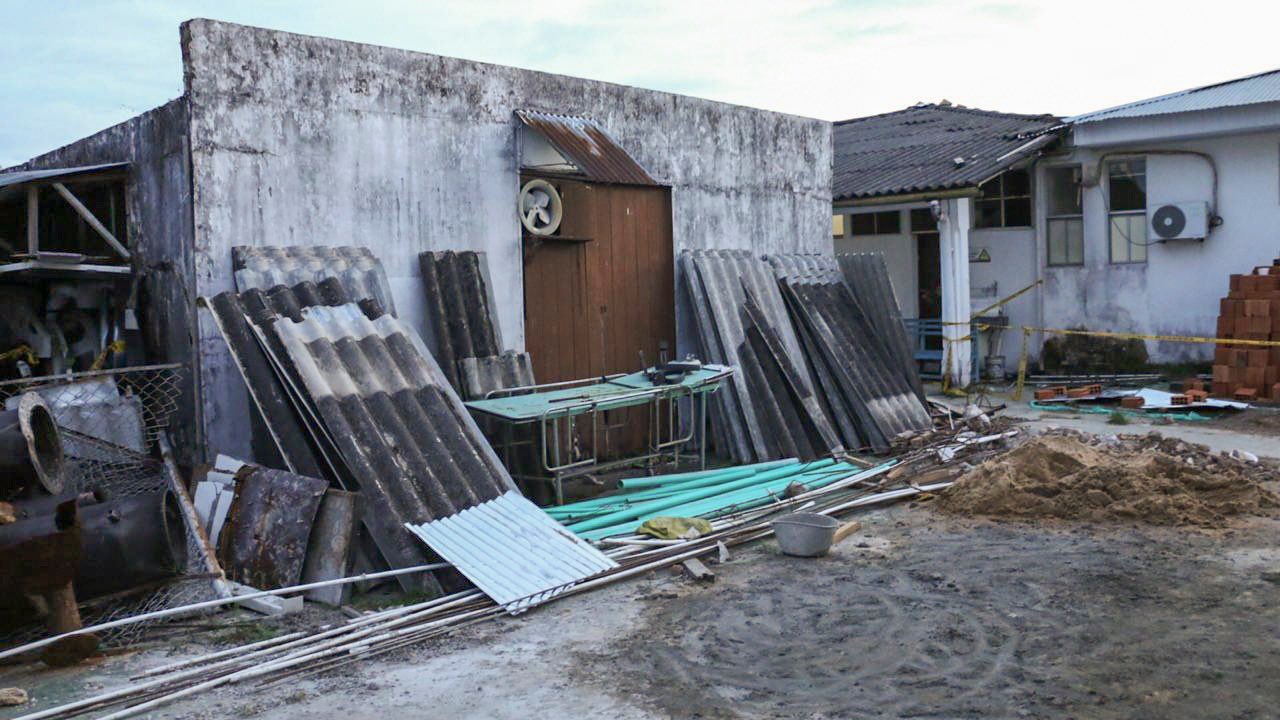 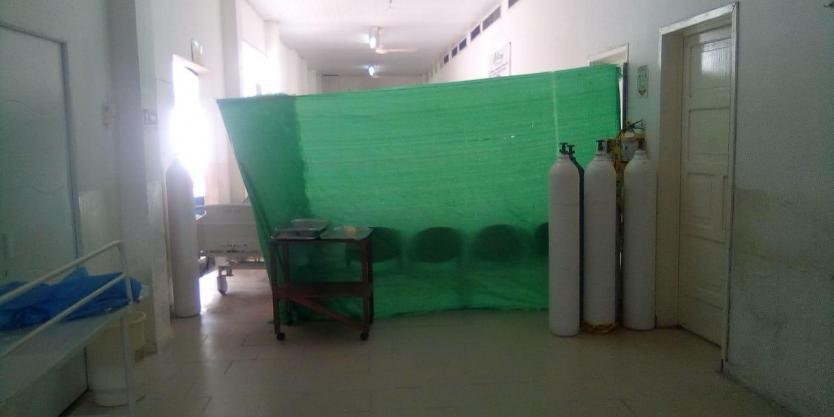 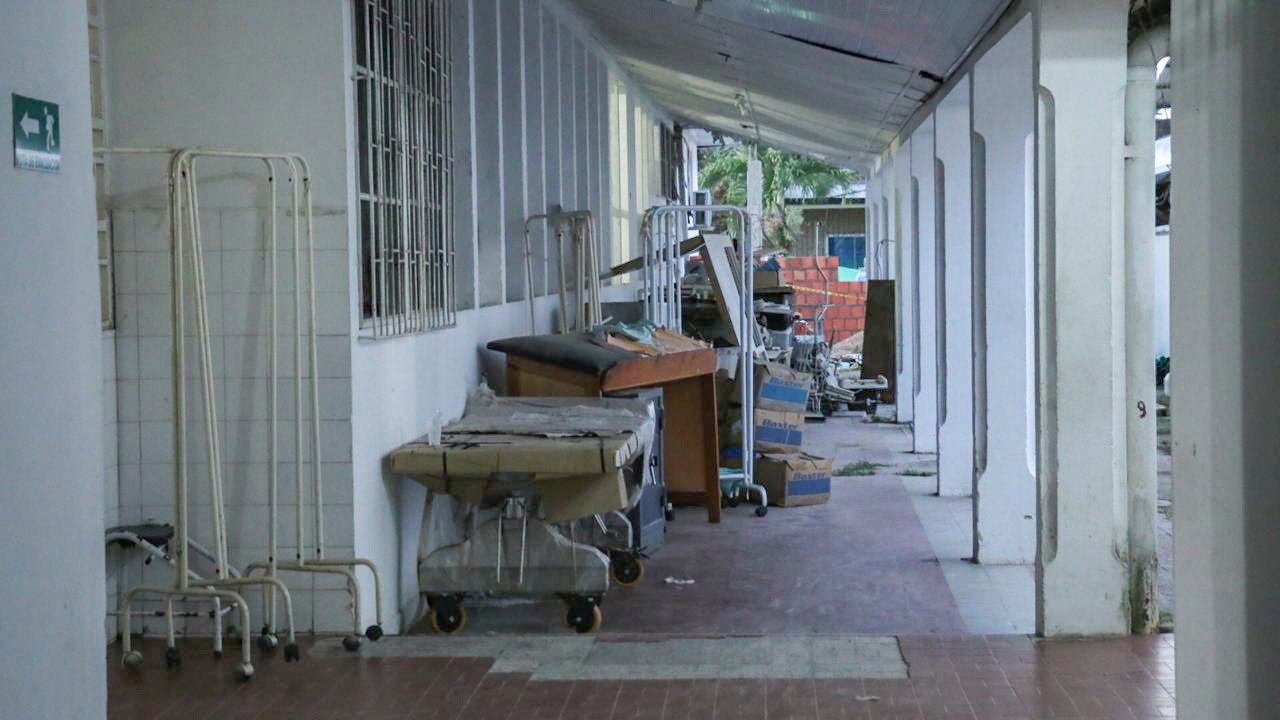 The ruins of Puerto Nariño’s hospital 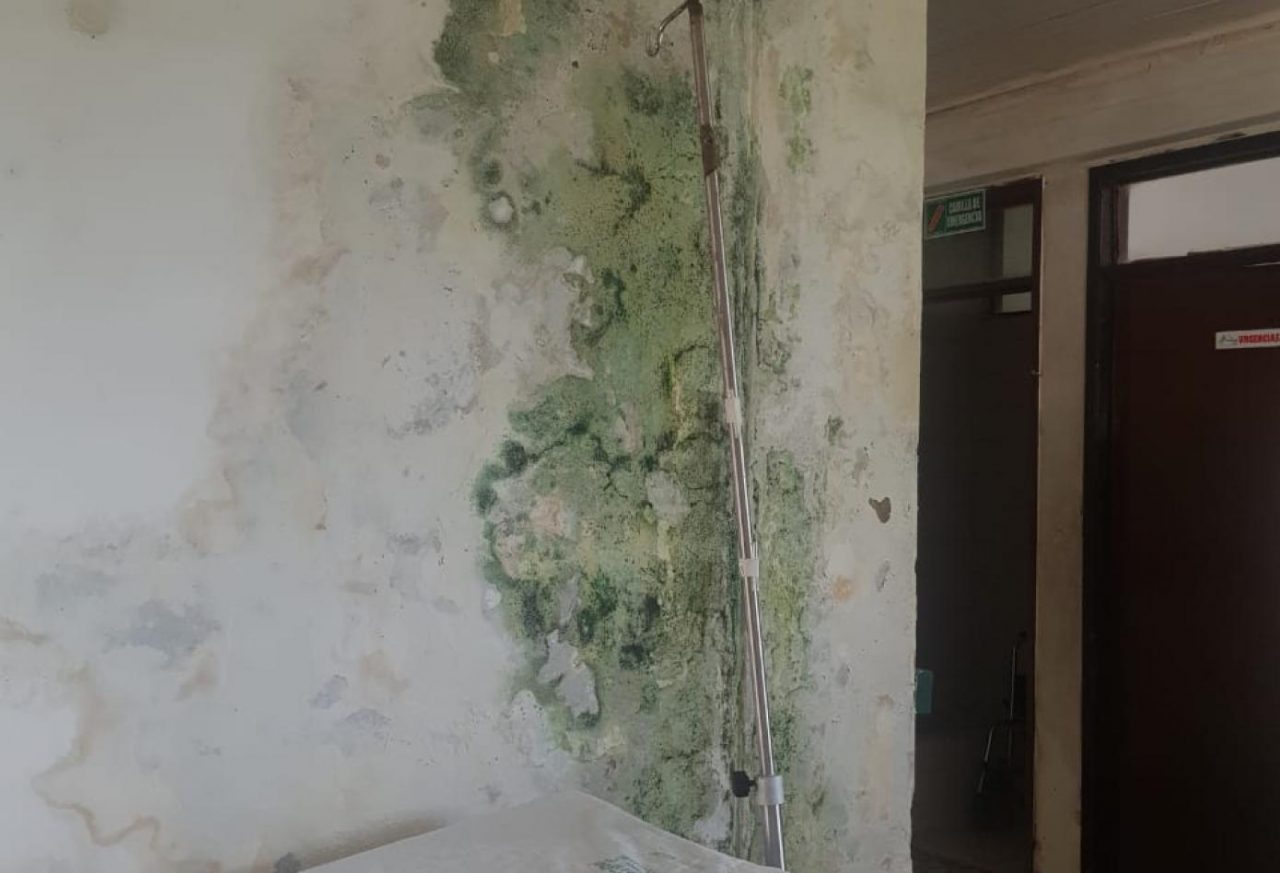 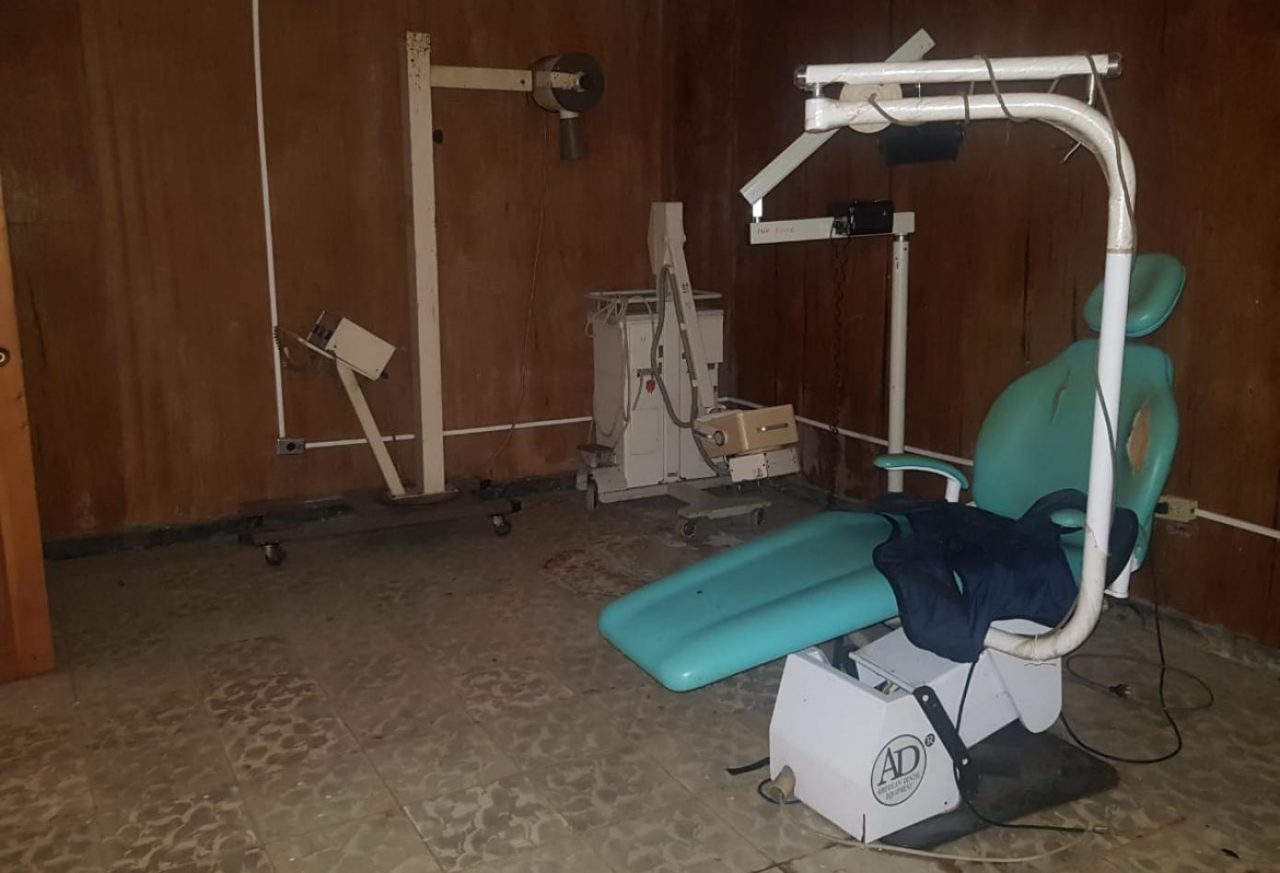 How the minister is whitewashing carnage

The health minister used the abandoned hospital as the location for a propaganda video starring a whole team of people wearing personal protection equipment that almost 90% of Colombia’s hospital workers were never given, according to the Colombian Medical Federation.

According to weekly Semana, 26 health workers were flown in a week ago to replace the hospital’s staff that collectively resigned in protest last month.

The recruitment of four doctors and three chief nurses has already taken place, as well as the delivery of three ventilators. In addition, the Ministry of Health and Social Protection sent 5,000 swabs with the transport. They sent 90 conventional overalls, 200 Tibet overalls, 280 gowns, 1 infrared thermometer, 125 liters of antibacterial gel, 120 protective goggles, 5,000 pairs of nitrile gloves, 150 surgical masks, a gallon of 13% sodium hypochlorite and 255 N95 masks. Between May 4 and 8, 3,500 units of gel for villages in border areas, 3,500 mouth caps, and 3,500 gloves will be delivered to villages in border areas. For health personnel 500 soaps, 625 body moisturizers and 125 sunscreens.

The minister and his propaganda

“If you get sick, you die and that’s the truth”

The local journalist may be dead, but local soccer player Luis Mosquera isn’t and he’s furious. The former Millonarios player told soccer magazine AS that the Health Minister had come to Leticia just for show.

“There is no aid here. If you get sick, you die and that’s the truth,” Mosquera said.

We need them to send help, to do what they said, because they were here, but they did nothing. The hospital is the same. They just looked, but help as such did not arrive. They said it did, but the reality is different.

According to the former Millonarios player, the national government did not just fake sending medical aid, but also never sent economic aid that would allow the locals to stay at home.

There’s a lot of worry and fear. The people here are very poor and have to go out to work and that’s also the problem, because no matter what, they have to eat and live from the day-to-day. Leticia is a very small town and we have contact with practically everyone, because we have to go to the same port, the same hospital, and the same town hall or governor’s office. Everyone is in contact and that’s why the chain is going to go up a lot.

Social distancing for the dead 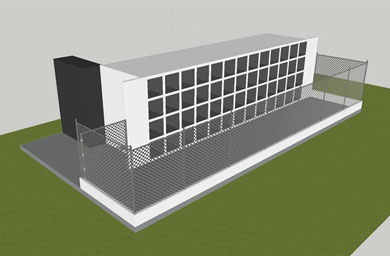 While the health minister was doing his latest show, Leticia’s city hall announced that it had begun the construction of a building in which “52 tombs will be built for those who died from the COVID-19 pandemic.”

The repository comes with a special fence to prevent mourning friends and family members from being infected by their diseased loved ones, according to the architect’s design.

The National Health Institute estimated 400 ventilators would be needed in Leticia to save lives; Ruiz allegedly brought only three.

The minister also confirmed that “there is no intensive care unit” in Amazonas, which may soon also have no governor if the Supreme Court decides to throw Galindo in jail.

The town will have a fenced resting place for their loved ones, maybe more than one.