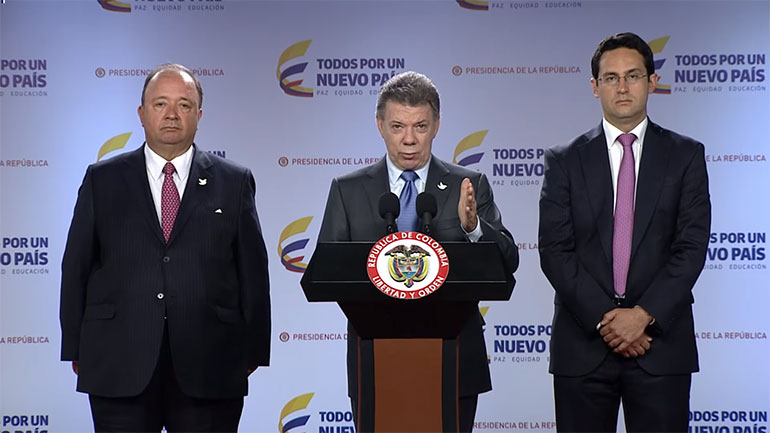 Colombia President Juan Manuel Santos on Wednesday announced a commission that will investigate claims of illegal spying, sexual misconduct and corruption within the National Police.

The commission, comprised of several former top officials, will investigate press allegations that National Police Director Rodolfo Palomino abused his position to receive sexual favors, and a colonel at the Bogota police school is running a gay prostitution ring involving hundreds of cadets.

Additionally, the commission will investigate the alleged spying on and intimidation of journalists investigating the alleged irregularities.

“We will not falter to act against any proven corruption or abuse case we find in the Police or any other public entity,” said Santos, adding that “we will not allow that the indignant behavior of few stain the good name of the institution.”

Santos gave the commission three months to investigate the sexual misconduct and spying allegations that have made the position of the National Police’s director virtually untenable.

Palomino’s alleged sexual harassment of a male subordinate and the alleged existence of a gay prostitution ring consisting of hundreds of police cadets to cater the sexual needs of others within the police have dragged the institution into one of its biggest crises in recent years.

According to a number of the country’s most prominent journalists, the directorate of the National Police tried to prevent the sex and prostitution scandals to come out by wiretapping their communication and shadowing their moves.

More importantly, the journalists filed a criminal complaint over alleged intimidation of themselves, their families and co-workers.