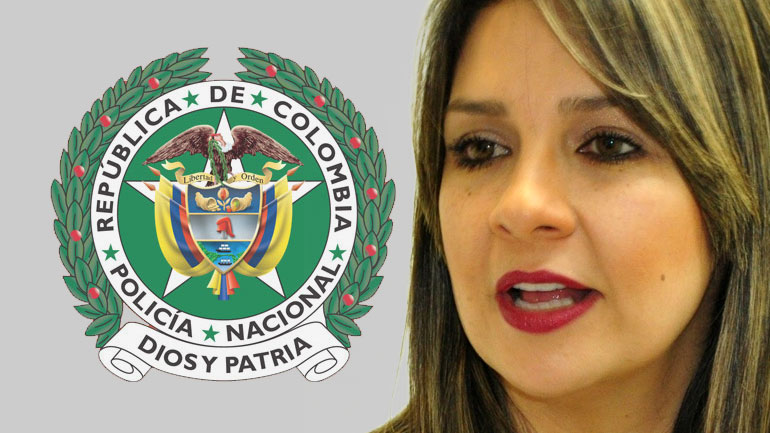 Colombia’s Prosecutor General’s Office on Wednesday announced he has ordered an investigation into the alleged wiretapping and intimidation of prominent journalists by the National Police.

Prosecutor General Eduardo Montealegre announced the investigation after complaints by prominent journalist Vicky Davila, editor-in-chief of radio station LA FM, claiming that she, “her family and her journalistic team” were followed by spies, threatened and had their communication wiretapped.

Caracol Radio journalist Claudia Morales, also a columnist for newspaper El Espectador, said she had also been the victim of illegal spying and has received “strange messages” to both her work and private email indicating she was under police surveillance.

Morales told RCN Radio that she doesn’t “know what they want, but they want to use fear to damage someone within the police,” said the journalist.

Additionally, “I received emails on my Gmail, which is personal, … [saying] that some members of the police have information on my family and my whereabouts.”

Both Avila and Morales have done extensive reporting on National Police director General Rodolfo Palomino, who was accused of sexually harassing a male subordinate.

Palomino has said these allegations were made to discredit him.

However, neither Avila nor Morales have publicly indicated there might be a link, but the Prosecutor General said that “we don’t discard calling in top National Police officials to testify.”

According to Montealegre, Davila’s complaint and evidence surrendered to the prosecution “concrete acts are made evident that denote that Vicky Davila, her family and her journalistic team have been victim of persecution and the illegal wiretapping of their private communication.”

According to Jaime Lombana, the spying, threatening and wiretapping “is already evident, it’s proven.”

The attorney told RCN Radio that the police officials behind the spying “know about the investigations [Davila] is carrying out. They intimidate her to not proceed for the life of herself and her team.”

The attorney says he has identified the vehicles that have been shadowing his client.

The prosecutor general — facing the fourth major wiretapping scandal in 10 years — said he would set up a special investigation unit, given “we are facing an act that constitutes a serious attack on Colombia’s democracy and the freedom of press.”