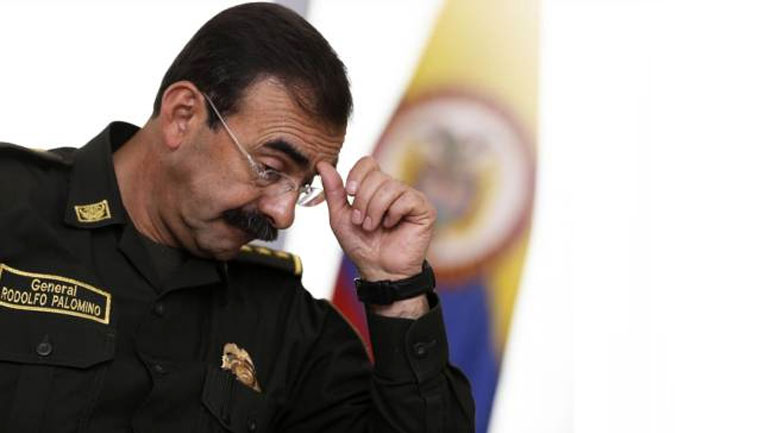 The directorate of Colombia’s police is behind the spying on journalists to cover up alleged sexual offenses by top officials, including Director Rodolfo Palomino, reported local media Wednesday.

Top National Police officials were accused earlier this week of running a major gay prostitution ring by radio station La FM while Palomino was embarrassed weeks ago over a leaked sexual harassment case.

Ahead of these reports, La FM editor-in-chief Vicky Davila filed a complaint with the Prosecutor General’s Office, already having gathered alleged evidence of police spying on her, her team, and other journalists investigating irregularities within the National Police department.

According to newspaper El Espectador, the National Police directorate (DIPOL) opened the spy centers under the pretext of doing intelligence work to shield ongoing peace talks with the FARC from possible attacks.

But according to an informant, only 1% of the resources is used for its official purpose. The remaining resources are used for the spying on any journalist whose reporting could damage the institution and its director’s public image.

The alleged clandestine wiretapping and shadowing operations “are led by captain Wilson Carvajal, son of Colonel Ciro Carvajal” who was one of three top police officials who had been recorded talking about the alleged sexual harassment by Palomino.

As if the police director’s position hasn’t already become untenable, retired Colonel Reinaldo Gomez reiterated his accusations that the married chief of police proposed to have sex during an official event on national television on Tuesday.

Gomez added that DIPOL’s unprofessional leadership and the subsequent scandals are causing major demoralization among the troops.

More importantly, the former official said he and his family have received death threats after the leaking of his internal sexual harassment complaint.