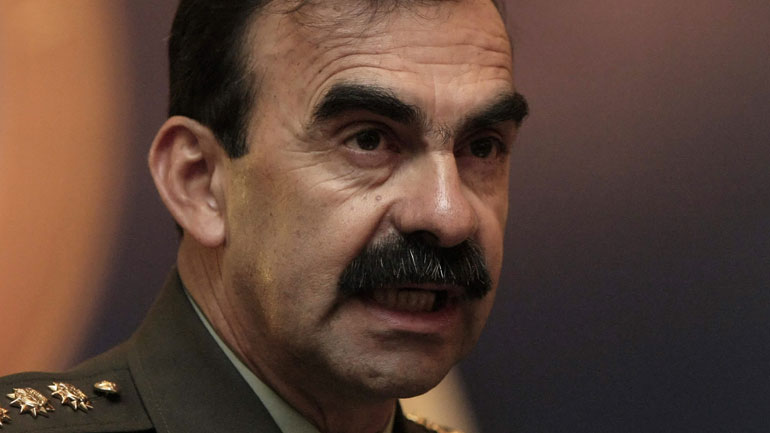 Colombia’s Chief of police is facing public embarrassment after a recording leaked in which a male subordinate said he had been sexually harassed by the married top official.

The recordings were released by La FM radio on Tuesday, causing a storm in the media and a fierce response by National Police commander General Rodolfo Palomino, who has been married for more than 30 years.

“When [Palomino] was lieutenant colonel, during a police graduation ceremony, he said that he liked me and wanted to have something with me. He told me that there was a way of us going out. I know that this sounds strange, but this is how it was. I let him know that I liked women,” colonel Reinaldo Gomez said in the recording.

The alleged incident took place in 1998, according to Gomez.

Colonel Ciro Carvajal, Colonel Flavio Mesa and Major Jhon Quintero were recorded in a separate meeting, claiming that Palomino had wrongly initiated a disciplinary process involving Gomez, after the latter threatened to tell the media about the alleged case of sexual misconduct.

At the time of the recordings, Gomez was undergoing a disciplinary process for sending unauthorized statements about the incident to the media. If found guilty, the colonel could face a six to 12 month suspension and a permanent stain on his records.

Palomino has denied all accusations made in the recording and assured that he has “no reason to resign from his position. Yesterday, today and always, my role is in the charge of our president of the Republic and the Minister of Defense.”

Instead, he announced he had suspended the three officials in the recording for conspiring against him.

The police chief said he had asked the Inspector General’s Office thirteen days ago to investigate the audio recordings of the senior officials in which according to Palomino, they are talking about a range of topics that could publicly humiliate the chief of police and compromise his position as commander.