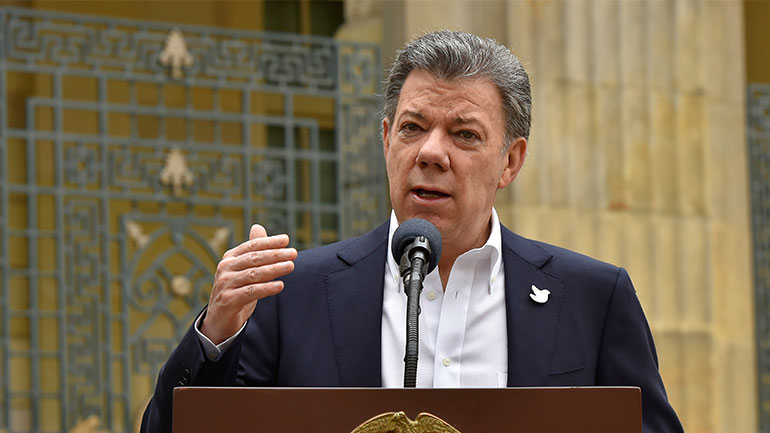 Colombian President Juan Manuel Santos on Thursday asked the former president of the country’s constitutional court to resign “for the dignity of justice” amid one of the country’s most high-profile corruption scandals.

Magistrate Jorge Pretelt is investigated by a congressional commission after his colleagues at the court accused the magistrate of seeking a $200,000 bribe with an oil company.

In return for the bribe, the then-president of the court would push for a ruling undoing a $6 million fine that had been ordered by a lower court.

In spite of his own colleagues asking for his resignation, Pretelt ignored the corruption allegations and refused to give up his post.

The scandal is the biggest in the almost 25-year-long history of the court and embarrassingly highlighted the extent of corruption in the country’s justice system.

The future of Pretelt is now in the hands of Congress, the most corrupt state entity in Colombia, according to Transparency International.

The House of Representatives’ Accusations Committee is the only body with the authority to condemn national court magistrates, but has been criticized over its chronic inaction.

A former chairman of the committee was caught with $60,000 in his home province of Sucre two days before local elections in October. The prosecution is investigating whether this money was meant to buy votes, one of the most common forms of corruption in electoral processes.

To save the country’s state entities from further embarrassment, President Juan Manuel Santos called on the court magistrate to voluntarily resign from his post.

“Without getting involved in the internal issues of the justice [system], I believe that the moment has come that — for the dignity of justice itself, of the constitutional court, of the functioning of our democracy — a magistrate finding himself in this position should resign.”

Pretelt did not immediately respond.