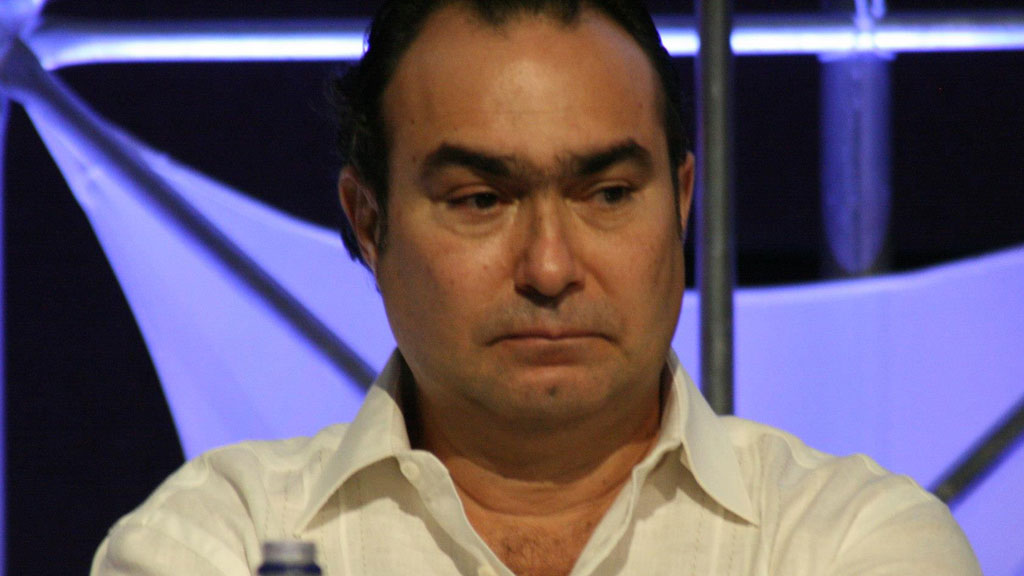 The President of Colombia’s constitutional court returned to work on Thursday in spite of being at the center of the court’s biggest corruption scandal since its inception in 1991.

Magistrate Jorge Pretelt arrived back in court after a week of absence, much to the discontent of his colleagues who had directly requested his resignation due to the charges surrounding him of alleged corruption.

“I will come every day of the week as my job requires,” the judge announced to his co-workers upon arrival.

In an effort to restore confidence in the Constitutional Court after the biggest corruption scandal in its 24-year history, the Interinstitutional Commission of the Judicial Branch requested Pretelt’s resignation.

In a letter publicly read by President of the Supreme Court Judge Leonidas Bustos, the commission emphasized the necessity of Pretelt’s departure.

“When the actions of a magistrate are seriously questioned, to the point that they cast doubt on the transparency and honesty of the court, the Judicial Branch as a whole is negatively impacted, among other reasons, because it affects its legitimacy and calls into question the capacity of the justice system to impartially resolve the conflicts and interests of the citizens,” the Commission stated in a letter.

Despite a near-universal desire for his stepping down, Pretelt insists that he is innocent of the corruption allegations and therefore that he should remain in his court position.

“I will not resign. The government persecutes me without mercy,” said Pretelt upon his Tuesday return.

Pretelt’s arrival back to court coincided with the cancellation of his visa by the United States Embassy. The body has previously taken this measure against military involved in the “false positives” scandal and Colombian ex-President Ernesto Samper for his mafia involvement in campaign finance.

“This makes up part of the persecution against me,” the high judge insisted in an interview with Colombian newspaper Semans.

Further scandal surrounding the magistrate is the departure of his wife from the country facing her own allegations. She was sued by the Prosecutor General’s Office for obtaining lands in the state of Cordoba in 2002 and 2003 after paramilitary group AUC had displaced the original owners.

The indicated body to investigate alleged crimes by top court officials is the Accusations Committee of Colombia’s House of Representatives.

On Thursday Pretelt is summoned face the committee to render inquiry into the allegations against his involvement in the Fidupetrol scandal.

However, the Accusations Committee is infamous for it’s almost spotless inability to come to rulings.

Moreover, each of its members is embroiled in corruption scandals.

The Representative that is currently leading the investigation against the president of the Constitutional Court, Julian Bedoya (Liberal Party), had long claimed he graduated in law. However, earlier this month the lawmaker had to admit he had lied about his CV and never finished university.

The second member of the commission, German Alcides Blanco (Conservative Party), is under investigation because he was a member of a congressional commission that approved a justice reform in behind 2012. The reform was then repealed by President Juan Manuel Santos because the commission had sneakily entered articles granting themselves immunity from criminal investigations.

Alejandro Carlos Chacon (Liberal Party), like Blanco, made part if the 12-member congressional committee that sought to exempt themselves from justice through the secret alteration of the justice reform bill.

Carlos Alberto Cuenca Chaux (Radical Change) is the fourth member of the commission and the third to be investigated for the 2012 justice reform scandal.

Nicolas Albeiro Echeverry is the last member of Congress’ most powerful commission to deal with institutional corruption. However, he is also being investigated because he allegedly violated electoral law by running for Congress while still in office as Medellin council member.