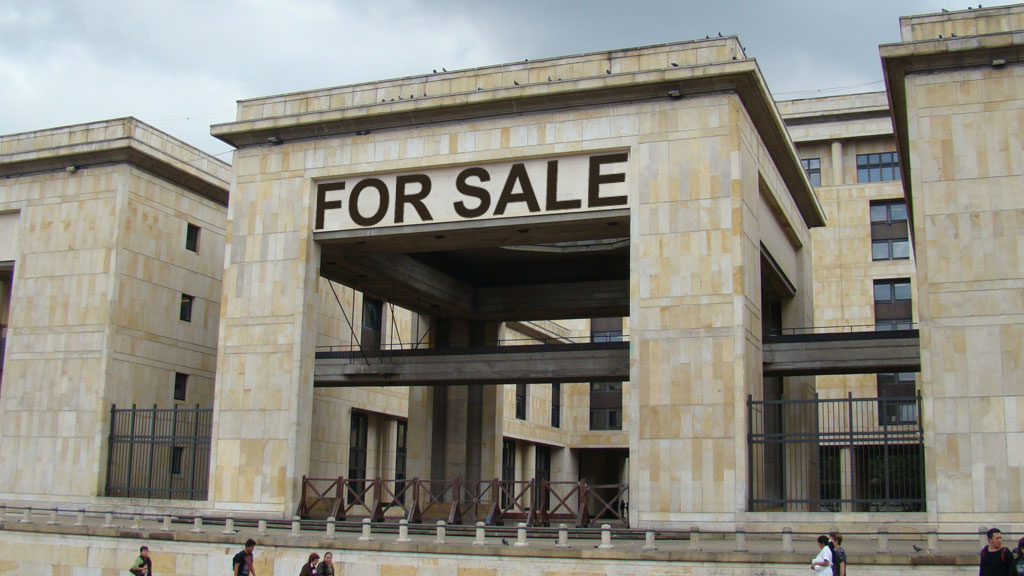 The expected resignation of the president of Colombia’s Supreme Court is only one of numerous scandals in the top of the country’s justice system. The following cases of corruption and conflicts of interest are the ones that have caught most attention.

Almost all of the country’s top courts, and the prosecutor general, have been questioned about their integrity after a series of corruption allegations and apparent cases of conflict of interests.

Corruption has tarnished the credibility of the Supreme Court, the Constitutional Court, the State Council and the House of Representative’s Accusations Commission, the highest possible judicial bodies in Colombia’s 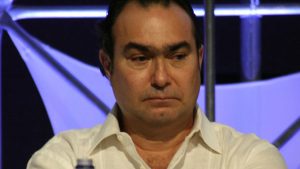 If magistrate Jorge Pretelt, until recently the president of the Constitutional Court, is found guilty of demanding bribes to alter the sentences of one of the country’s highest courts, it would reveal a corruption practice that has become relatively common in district courts, but is unprecedented on the highest possible level of Colombia’s justice hierarchy.

The constitutional court rules on every bill that passed. If the magistrates deem the approved law unconstitutional, the bill goes back to Congress.

The court is also the go-to place for a final appeal if plaintiffs believe that a decision of a lower court violates their constitutional rights.

According to his own colleagues, Pretelt asked $200,000 to an oil company to secure the nullification of a $9 million fine which the defense attorney had called unconstitutional.

As if that were not enough; the magistrate’s wife was sued by the Prosecutor General’s Office for obtaining lands in his home state of Cordoba in 2002 and 2003 after paramilitary group AUC had displaced the original owners.

Montealegre was the judicial adviser of SaludCoop, the biggest health intermediary in Colombia until it defaulted on his debts in 2011, forcing a government take-over.

In the years SaludCoop illegally embezzled approximately $500 million in public health funds, Montealegre was the company’s legal adviser. The conflict of interest was exposed by former Comptroller General Sandra Morelli, who subsequently fled after the Prosecutor General’s Office began criminal investigations against her over irregularities regarding the housing of the Comptroller General’s Office.

The embezzlement scheme became public in 2011, but instead of falling from grace, Montealegre was hired as an adviser to President Juan Manuel Santos until Congress elected him Prosecutor General in 2012.

The current prosecutor general is not the only one to face serious corruption accusations. Former Prosecutor General Luis Camilo Osorio is investigated for allegedly aligning with the AUC and effectively frustrating investigations against members of the group guilty of tens of thousands of human rights violations.

The Supreme Court has been the target of many accusations of corruption, mainly as a consequence of its ongoing investigations of congressmen with alleged ties to right-wing paramilitary group AUC that supported the candidacy of many dozens of national lawmakers.

Allegations by former President Alvaro Uribe — himself accused of aligning with the AUC — that the court had tried to pressure possible witnesses to testify against Uribe’s allies proved fabricated and part of a broader attempt of the former administration to discredit the court that was demonstrating the level of criminal activity by the people’s representatives in Congress.

However, to assume that this entirely clears the high court of allegations of misconduct would be false.

Colombia’s Supreme Court president was embarrassed in October last year when cops found his son having sex with his girlfriend inside his father’s blinded car paid for by Colombia’s tax payers.

Superior Council of the Judiciary

The Superior Council of the Judiciary is the highest judicial body dealing with the administration of the entire judicial branch, but has been discredited by one of the most elaborate corruption schemes within the entire justice system, and that is quite something considering the aforementioned cases.

This judicial body came under fierce criticism after investigators found out that magistrates had been distributing seats within the entire judicial branch, allowing magistrates throughout Colombia to claim excessively high pensions.

According to media reports, ex-magistrates of the State Council, the Supreme Court and the Constitutional Court have claimed excessive pensions in years lower judicial workers have been protesting a lack of funds in the judicial branch.

The case was transferred to the congressional Accusations Committee, which has remained suspiciously quiet after taking up the investigation in 2009.

The indicated body to investigate alleged crimes by top court officials is the Accusations Committee of Colombia’s House of Representatives, but is infamous for it’s almost spotless inability to come to rulings.

Moreover, each of its members is embroiled in corruption scandals.

The Representative that is currently leading the investigation against the president of the Constitutional Court, Julian Bedoya (Liberal Party), had long claimed he graduated in law. However, earlier this month the lawmaker had to admit he had lied about his CV and never finished university.

The second member of the commission, German Alcides Blanco (Conservative Party), is under investigation because he was a member of a congressional commission that approved a justice reform in behind 2012. The reform was then repealed by President Juan Manuel Santos because the commission had sneakily entered articles granting themselves immunity from criminal investigations.

Alejandro Carlos Chacon (Liberal Party), like Blanco, made part if the 12-member congressional committee that sought to exempt themselves from justice through the secret alteration of the justice reform bill.

Carlos Alberto Cuenca Chaux (Radical Change) is the fourth member of the commission and the third to be investigated for the 2012 justice reform scandal.

Nicolas Albeiro Echeverry is the last member of Congress’ most powerful commission to deal with institutional corruption. However, he is also being investigated because he allegedly violated electoral law by running for Congress while still in office as Medellin council member.