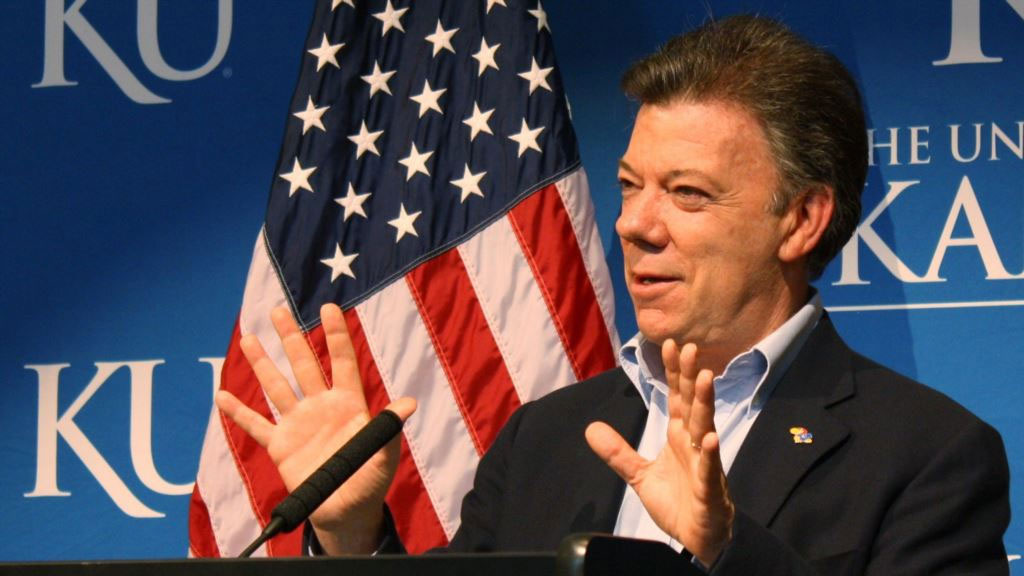 Peace talks opponents ‘want to sow discord in US over Colombia’: Santos

President Juan Manuel Santos warned Colombia’s conservative opposition he will “under no circumstance allow” critics of peace talks with rebel group FARC to “sow discord” in the United States.

“Some people have tried to sow discord, divide politics in the United States over Colombia. This can not be allowed under under any circumstance,” Santos said Thursday when swearing in Colombia’s new ambassador to Washington, former Defense Minister Juan Carlos Pinzon.

Without mentioning him by name, there is little doubt Santos was referring to his political opponent, former President Alvaro Uribe, who had traveled to the US and met up with a number of Republican congressmen to garner support for his opposition to the talks.

Uribe has since received support for his cause from staunchly conservative presidential candidate Marco Rubio (R-FL).

According to Santos, initiatives like that of Uribe could cause a rift between the Republican Party and the Democratic Party that have both long supported US policy in Colombia.

The president stressed the importance of maintaining good relations with both parties and ordered the new ambassador to “cultivate this US bipartisan diplomacy, which is one of the reasons that the relation between the United States and Colombia and been so fruitful, so constructive and so productive.”

The United States was the main sponsor of “Plan Colombia,” a 1999 military cooperation agreement that sought to curb drug trafficking and in effect ended up combating leftist rebel group like the FARC and ELN, both of which have long depended on drug trafficking to finance their half-a-decade-long war against the state.

The administration of President Barack Obama has been supportive of peace talks with both groups and appointed a special envoy to these talks to represent Washington in Havana, Cuba, where the talks are held.

However, in Colombia the peace talks have hardly received broad support, mainly because of fierce opposition by Uribe and his newly formed Democratic Center party and a broad public distrust in both the guerrillas and the government.