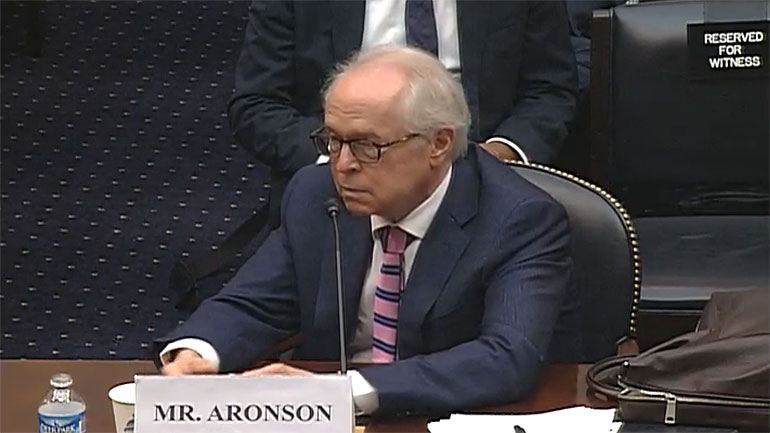 Peace talks between Colombia’s government and the country’s largest rebel group, the FARC, are “at a critical stage, perhaps the most difficult to date,” Deputy Assistant Secretary of State Alex Lee told US Congress on Wednesday.

Lee had been called to appear before the House of Representatives’ Subcommittee on the Western Hemisphere together will senior diplomat Bernie Aronson, who has been fulfilling the role of special envoy to the talks that have been ongoing in Havana, Cuba since November 2012.

The hearing couldn’t have come at a more delicate moment as the talks seem to have hit a wall regarding victims, justice and the actual end of conflict.

The FARC face thousands of war crimes charges, but refuse to go to prison, while the government is facing a similar amount of war crime accusations. Neither party wants to take full responsibility for the conflict that has left more than 250,000 dead and 6 million displaced.

Additionally, attempts to deescalate the conflict while the negotiations are ongoing have failed and, according to some conflict analysts, Colombia is now seeing levels of violence that are even higher than in 2011.

Lastly, the talks face increasing skepticism in Colombia where President Juan Manuel Santos is suffering low approval ratings and the FARC’s violent insurgency has been rejected by the vast majority.

The United States over the past decade and a half has sponsored the Colombian military with more than $10 billion.

According to both officials, the support given through “Plan Colombia” has helped prepare the talks and effectively decreased the FARC’s military ability to the point their only way out is through negotiations.

However, admitted both officials, the outcome of these talks are far from certain.

“The talks could accelerate and lead to breakthroughs or the talks could falter and start to fail. What is clear, however, is that we must continue our engagement,” said Aronson.

“Make no mistake, the talks are at a critical stage, perhaps the most difficult to date,” said Lee, who condemned the recent FARC attacks, claiming they “only bring destruction and suffering to the Colombian people and are wholly inconsistent with a commitment to peace.”

Nevertheless, said Lee, “the United States is going to continue to stand by Colombians’ side in this journey,” repeating the words of Secretary of State John Kerry earlier this year.

Remarks as prepared to the House Foreign Affairs Committee, Subcommittee on the Western Hemisphere (Bernie Aronson)

Remarks as prepared to the House Foreign Affairs Committee, Subcommittee on the Western Hemisphere (Alex Lee)