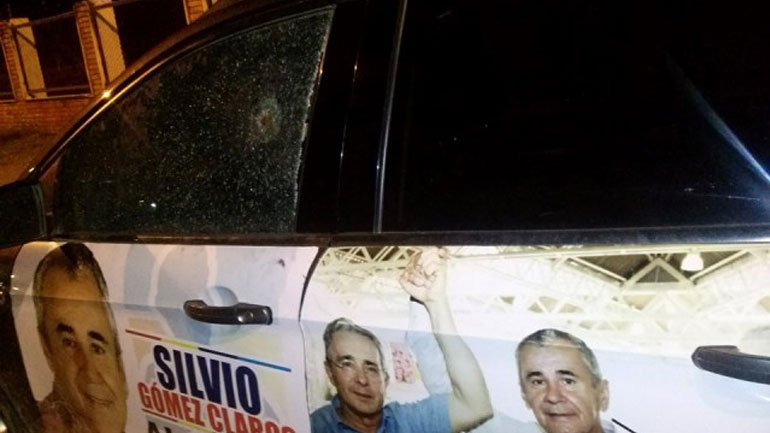 The conservative Democratic Center candidate is running to be mayor of Pitalito, a town in the Huila province where only weeks ago a local journalist was assassinated.

Candidate Silvio Gomez was shot in the neck, but survived the attack that took place while he was on his way to hand out food packages, a controversial but common practice ahead of elections to please potential voters.

“A man on the other side “of the car” told me to lower the window. I didn’t and started the car. When I began driving the guy shot me,” the mayor told local media.

“It wasn’t a robbery because the guy didn’t ask me for money or my cellphone, nothing. This is politically motivated,” Gomez said.

According to Huila newspaper La Nacion, the candidate was attacked by two armed men.

Following the attack, Gomez was able to drive to the nearest police post from where policemen took him to hospital.

The politician is one of at least five candidates who suffered attacks ahead of the October 25 elections in which Colombians elect their mayors, governors, council members and assembly members.

Electoral observers have sounded the alarm for one fifth of the country’s municipalities for possible violence or elections fraud.

Uribe, whose party opposes peace talks with FARC rebels who exercise control in the region around Pitalito, asked the national government for increased protection for candidates of his party.