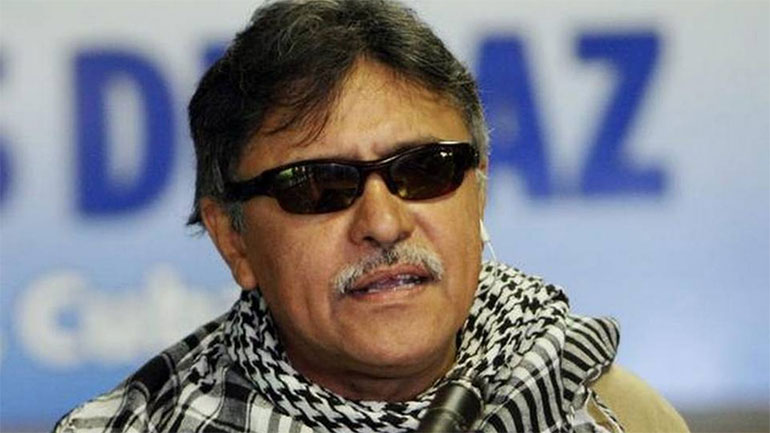 In spite of shaking hands on a March 23 deadline to finalize three-year-long peace talks, FARC rebels explicitly backed out of the deadline agreement, claiming the government has stalled the process.

One day after the “historic” handshake between President Juan Manuel Santos and FARC leader “Timochenko” the rebels already lowered expectations.

However, in an interview with Noticias Uno, FARC negotiator “Jesus Santrich” said “we must be clear in saying that on March 23 there will be no peace.”

What’s in a hand shake

According to Santrich, this is now certain because the government backtracked on an already-announced accord on transitional justice.

“That was a closed deal,” the guerrilla said.

After both parties appeared on television, shaking hands on the justice deal, the government said the deal was not yet final, to the disliking of the FARC.

An anonymous close to the talks told newspaper El Espectador that the president wanted to include presidential immunity.

In the final victims deal, a clause granted that a (former) president can only be judged by Congress’ accusations committee.

The talks have so far reached consensus on a more inclusive political system in which the FARC takes part, a far-stretching rural reform, the rebels’ abandoning of drug trafficking and other criminal activity and the compensation on the more than 7 million victims generated by the 51-year-long conflict.

The point on the table now is also the final point of the talks if peace is signed: End of Conflict.

This point does not just include the logistics regarding the disarmament, demobilization and reintegration of FARC members, but also the forms in which made agreements are put to practice.

The negotiators are accompanied by foreign hosts and guarantors, and have been under diplomatic pressure to speed up the three-year-long talks.

Nevertheless, the parties talking in Havana, Cuba, have difficulties coming to an accord.

The most visible ongoing disagreement is about the FARC’s demobilization.

While the government wants to surrender its weapons to the state, the FARC has refused, mentioning surrendering weapons to a third party.

Additionally, the guerrillas want an effective dismantling of existing neo-paramilitary structures that formed from the “partial” demobilization of paramilitary organization AUC between 2003 and 2006.

The AUC was one of the main victimizers in the conflict during its existence.

If the two parties agree to peace, and end will come to 51 years of political violence between the FARC and the state.

However, peace talks with the ELN, Colombia’s second guerrilla group, that were announced in June 2014 have yet to begin.