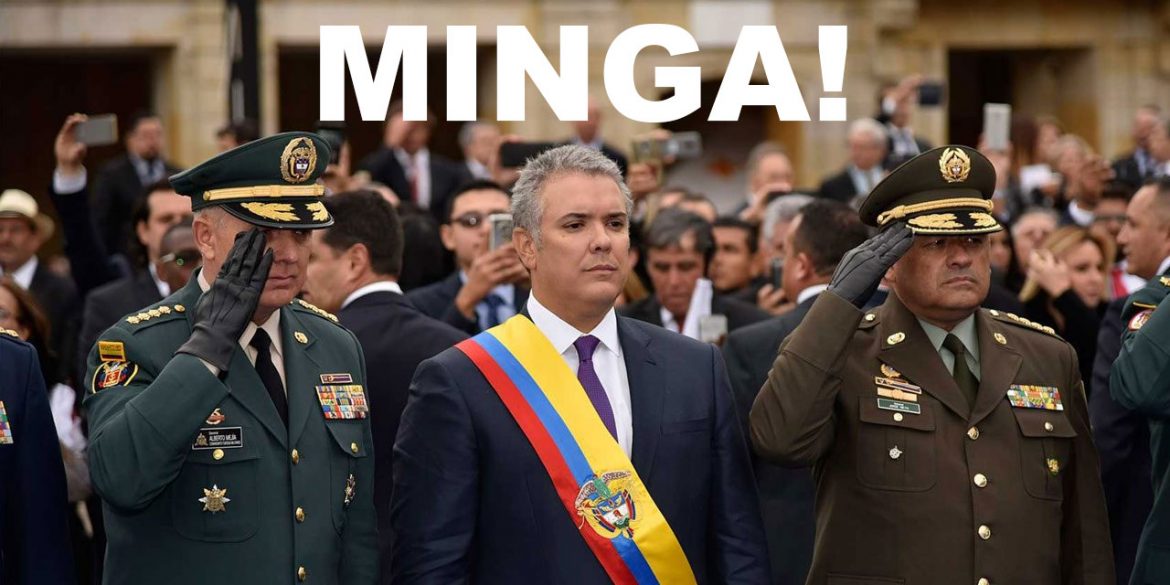 Thousands of indigenous people will arrive in Colombia’s capital Bogota on Monday to demand, among other things, President Ivan Duque’s respect for democracy.

Duque’s “concentration of power is close to turning this country into a dictatorship,” Pete Vivas told radio station Blu, which is run by the president’s brother-in-law, last week.

According to the indigenous, the government’s is increasingly abusing its power to avoid complying with its obligation to implement a 2016 peace deal with demobilized FARC guerrillas and the return of indigenous land in the southwestern Cauca province.

The Supreme Court last month condemned the government for the use of police brutality to quell anti-government protests that killed one student protester in Bogota and three native Colombians in Cauca last year.

The court also ordered the government to refrain from stigmatizing protesters, but apparently to no avail.

Interior Minister Alicia Arango said the indigenous mobilization was infiltrated by ELN guerrillas and FARC dissidents last week despite the fact they are among the main suspects in the assassination of 67 native Colombians of the Nasa people from Cauca this year alone.

The government’s refusal to comply with its obligations and Duque’s abuse of power to get away with this has become a matter of life or death for the indigenous who claim to be the victim of a genocide.

This is not a topic of discussion about money, today the topic is life, because we are concerned about so many massacres, so many murders. They are killing us also culturally.

The Duque administration and the president’s far-right Democratic Center (CD) party have gone to lengths to frustrate the indigenous’ arrival in Bogota.

Arango prohibited the National University to provide shelter to the native Colombians and CD senators sued Bogota Mayor Claudia Lopez for facilitating their arrival, claiming this would be in violation of health protocols in place because of the coronavirus pandemic.

Both the government and the ruling party are clearly nervous about the arrival of the indigenous two days before labor unions and students announced a new national strike day.