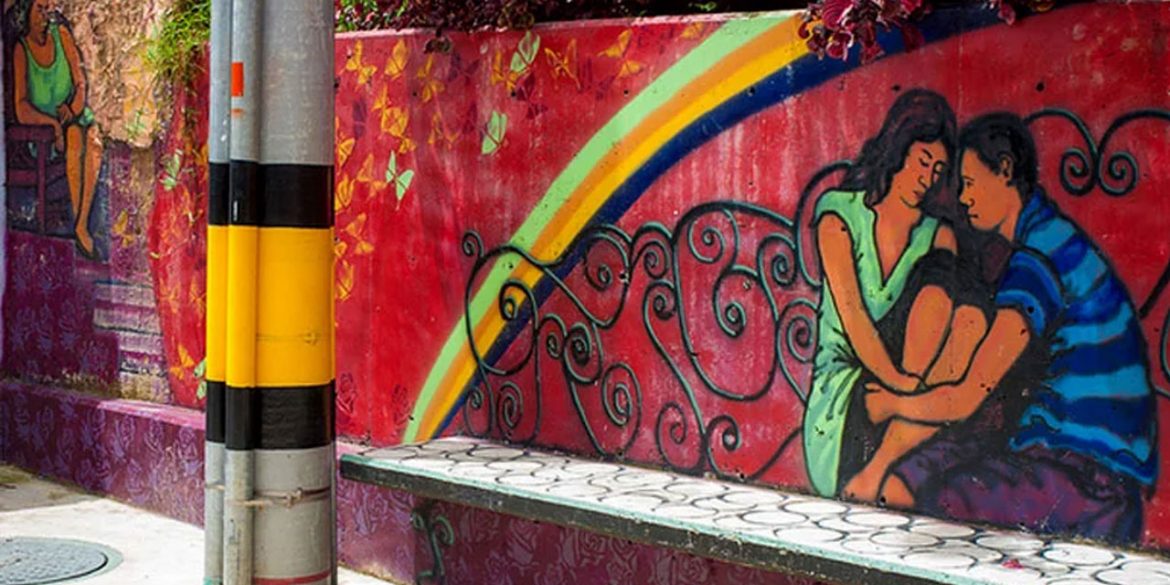 Colombia’s second largest city Medellin is big, diverse and fun. Yet many tourists end up in what is arguably the worst part of town, Poblado, home to the provincial upper crust.

Meanwhile, the coolest parts of the city in the center and the peripheries of the city are often forgotten or unfairly advised against.

So, unless you are into child prostitution or plastic women, we recommend you leave Poblado, avoid La 70 and La 33, and venture into the city to meet the locals, and stimulate the economy in areas long neglected by the government. 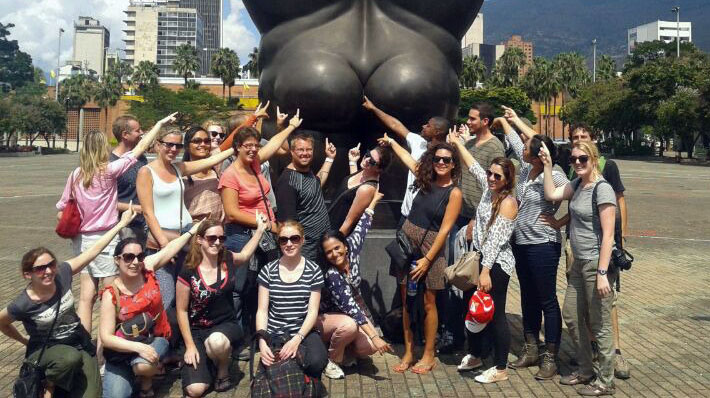 Pablo Alvarez is one of Medellin’s most admirable tourism pioneers and for a very good reason. His free walking tour are in English and quickly became a hit after he returned to his native city in 2013.

While unimaginative “entrepreneurs” set up shop in Poblado, Alvarez wanted visitors to see the real Medellin, not just the squeaky clean parts the corrupt city administration wants you to see.

Unafraid of showing both Medellin’s graces and disgraces, Alvarez’ Real City Tour is an absolute must for those who want to learn about the history and culture of the city.

Colombia Reports has yet to visit Alvarez’ barrio tours, but it couldn’t possibly hurt checking them out and learn about the lives of the average Medellinenses in the city’s “barrios.”

Parque Periodista in downtown Medellin can be rough. During the day it’s no fun, and on Sunday’s and bank holidays it’s plain dodgy and should be avoided.

However, on Thursday, Friday and Saturday nights, the park dedicated to journalists is the beating heart of Medellin’s underground, and frequented by the local artists, street sex workers, transvestites and students.

This eclectic mix of young “paisas” has made “El Perio” a cultural free zone where the oppressive regional culture is ignored and the police hardly ever set foot. Consequently, marijuana is smokes as if you were in a tropical variant of Canada or Amsterdam.

The bars on the side of the square are renowned for their great taste in independent music and if you’re lucky someone puts speakers outside and you can dance on the street.

If also the weather is cooperative, the best way to pass your time is to just sit on the square, buy your beer at the corner shop,  watch people or make interesting friends with even more interesting stories.

Barrio Pablo Escobar – Medellin at its most ambiguous

Pablo Escobar tours have been popping up in Medellin like poisoned mushrooms, and we recommend you avoid them all like the plague.

The commercial tours rip you off, are an offense to the local culture and people, and will generally sell you all kinds of myths that will severely distort your impression of the complex city with a complicated past.

Until there is a historical tour that can give you a historical account about the ambiguous influence of the world’s most famous drug lord of all time, you best venture into the east of the city on your own and avoid spending your money on “entrepreneurs” that try to exploit the city’s painful past.

If you are genuinely interested in the history and Escobar’s ongoing cultural influence, you can easily go to the neighborhood that proudly carries the drug lord’s name.

You’ll be able to visit the monument erected by the locals who continue to revere Escobar for the social investment made by drug lord, investments that local politicians have chronically neglected.

When visiting this neighborhood, make sure to show due respect, both to the people who revere Escobar and those who vilify him. The drug lord may have died decades ago, but his bloody legacy is long but forgotten and continues to stir controversy.

Comuna 13 – the community that lifted itself out of misery

The 13th District, or the Comuna 13, is one of Medellin’s most special places. The most western district has been most affected by the extreme violence of Colombia’s armed conflict, but has shown a resilience that is arguably unique worldwide.

The construction of an escalator earlier this decade has made some of the higher parts of the neighborhood easy and safe to visit. Police may not always be reliable or present, but the grassroots movements of local community organizations have made the area one of the most colorful, culturally active and vibrant parts of the city that welcome tourists with open arms.

The locals have organized themselves and created coffee shops, book shops and amazing graffiti tours that allow you to learn how the neighborhood is trying to overcome the violence that sunk the area into a crisis during the paramilitary hegemony between 1997 and 2010.

Unlike in many other parts of the city, the locals have taken ownership of their sometimes painful heritage and are happy and proud to share their stories with visitors. If you only have time for only one urban trip in Medellin, go to the 13. You will not regret it and are likely to fall in love with the people inhabiting the western rim of the city.

La Sierra, a neighborhood in the east of the city, was long submerged in extreme violence between paramilitary war lords “Don Berna,” and “Doble Cero,” and ELN militias.

The neighborhood became most famous in 2003 when filmmakers were allowed to document the war and brutally portrayed the violence in La Sierra and much of the Medellin, the unofficial capital of far-right violence of Colombia.

If you want to see for yourself how resilient some of Medellin’s neighborhoods, you should watch the documentary first before taking the cable car, so you can fully appreciate the difference.

You can witness for yourself how the demobilization of the AUC between 2003 and 2006, and development projects like the cable car system that connected the neighborhood to the city center has allowed La Sierra to undergo a spectacular transformation.

You can now even hike over precolumbian trails that were used by the original inhabitants for hundreds of years .

Like in the Comuna 13, locals from La Sierra have put their hands together to rebuild their neighborhood and are more than willing to share their experiences about both the violence and their grassroots initiative to overcome the violence to create a peaceful and vibrant community.

Prado is the only neighborhood in Medellin that is considered cultural heritage. This determination impedes local authorities and construction companies to further destroy the city’s heritage that has become custom in other parts of the city.

As a consequence and unlike almost all other parts of Medellin, Prado is full of some of the most impressive architectural gems that can be found in the whole of the Antioquia province; from majestic theaters to Egyptian palaces like the one in the 360° image above.

When visiting this area, don’t do this on a Sunday or alone. The local government may have decided to protect the buildings, but it is doing little to protect tourists, or anyone for that matter.

When you visit Prado, make sure you do this in a group. You’ll be safe and you won’t regret it.