A new walking tour has opened in the Comuna 13, formerly Medellin’s “most dangerous neighborhood.”

The tour includes the local cable car, a graffiti tour, the history of the transforming barrio and a lunch overlooking the area.

The Comuna 13, or 13th district, lies on a steep hill in the western corner of Medellin. Just two years ago this small barrio was overwhelmed with crime. Prominent citizens were assassinated and the streets were in the hands of gangs.

“About eighteen months ago things began to change, the government started investing money in the community and that symbol of faith uplifted the community. They used to feel left out but with the investments it motivated the community and they in turn felt that it was their turn to show their appreciation for the show of faith,” Arthur Tapia, the organizer of the tour said.

Tapia is a talkative Chicago man who fell in love the first moment he stepped into Medellin 8 years ago. The Chicago native and Juan Manuel Fuentes, an older local who has been a guide in Medellin for the past 7 years, are the two men behind the tour.

The tour starts with a ride on the Aurora cable car that provides incredible views of the west of Medellin and a view into the different aspects of its society. The cable car floats over the hills and some of the poorer areas of Medellin. It passes favelas as well as new government housing projects and provides an incredible and unique view of the city.

At the bottom of the cable car the guide Fuentes pointed out two buildings.

The first building is the CEDEZO office which is one of the Zonal Business Development Centers in Medellin. These were designed by the Mayor of Medellin as a coordinator of initiatives to support entrepreneurship, income generation and business development. The idea is for these centers to assist with the specific needs of entrepreneurs and businessmen through training, consultancy and business support and market access.

Neighboring this office is a women’s prison that has recently been renovated into classrooms for the local university.

While these buildings themselves are not particularly interesting they are a good representation of the rejuvenated “new Medellin”. For almost a decade Medellin has been slated as a transformed, modern and clean city with the public transport as the symbol of this rejuvenation. Comuna 13 seems to be a perfect representation of this rejuvenation and a microcosm of Medellin itself.

At one point Comuna 13 was considered the most dangerous neighborhood due to it’s homicide rate and frequent clashes between local militias, but now both the district and the city have moved past that with urban renewal the central feature of this transformation.

The main feature of the government’s investment in the area is the outdoor escalator system that generated a fair amount of controversy when it was approved but has since been the trigger for the new era of growth in Comuna 13.

Around about the same time the government ran a program where they offered free paint to houses in the neighborhood. The result is a mosaic of colorful houses that adds character to the cluster of houses in the barrio.

On the steep slopes of Comuna 13 the people seem surprised to see us walk through the streets and flash genuine smiles. This is a completely different part of Medellin compared to the normal tourist-heavy spots of the city center and Poblado.

Past the basketball and football court is a string of graffiti murals. Graffiti is prominent and there are beautiful pieces throughout the small neighborhood There are murals going all the way up the six escalators and the guides stop to chat to one of the handful of security guards who alo happens to be a local graffiti artist. He explained some of his nearby work and that his crew had recently applied to the city to be able to paint over another old and faded mural to do a new one.

Lunch is held on a beautiful balcony in the center of the barrio. Pot plants hang from the awning and looking out past them visitors have a sweeping view of the colorful barrio below. The tour has teamed up with a local woman called Angelica who welcomes the tour into her home to provide lunch for the tourists. A better lunch spot in Comuna 13 simply does not exist, the shaded viewpoint is exceptional. A lunch of chicharon, beans, rice, plantains, fresh fruit and juice is served.

“The idea was thought of when I took a gringo friend into one of the barrios and we had lunch with a family and sat outside and had drinks. My friend had traveled for five years and he said that that was one of the best experiences he ever had while traveling,” Tapia explained.

“I know that these barrios are the real Medellin and visitors should have the opportunity to see another side of Medellin. People in the community are very keen to be involved in the tour. We hope to be able to boost the local economy and the locals are happy to have us here. They are very proud of their community.”

The tour is new and still finding its feet but it is that freshness that adds to the authenticity of the tour and the joy of the experience. I would recommend any visitors to Medellin to go as soon as possible before the secret gets out. 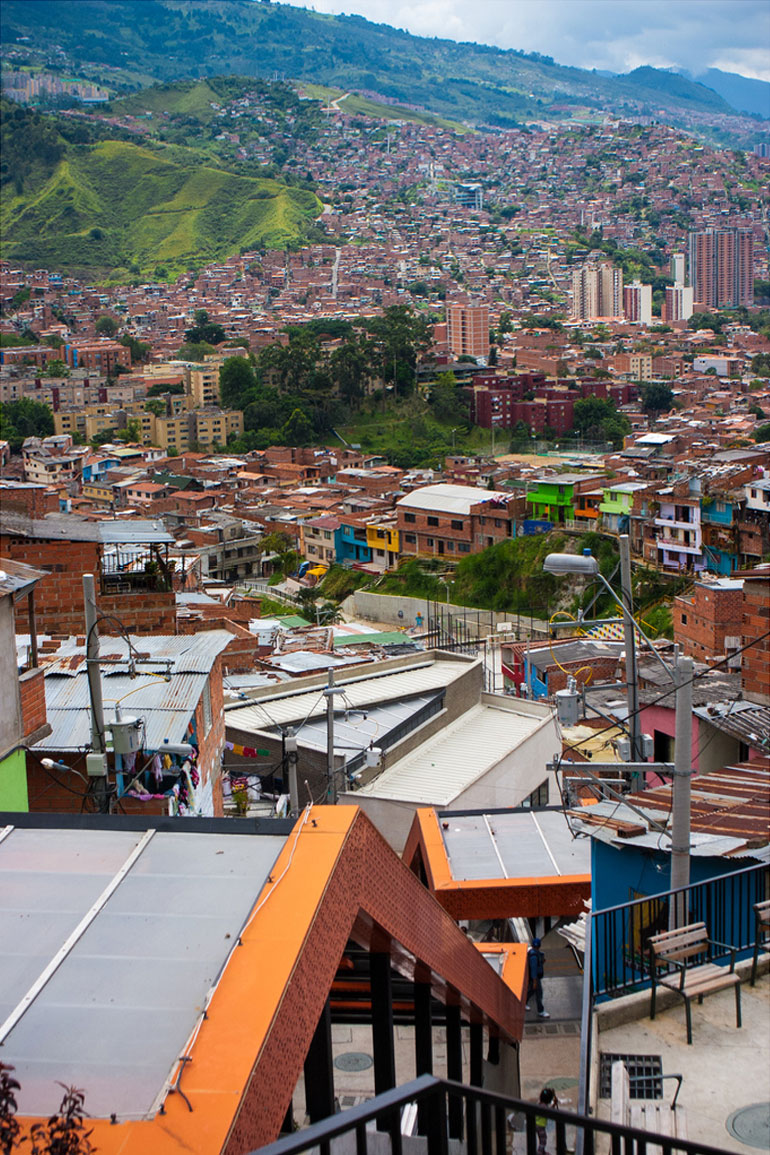 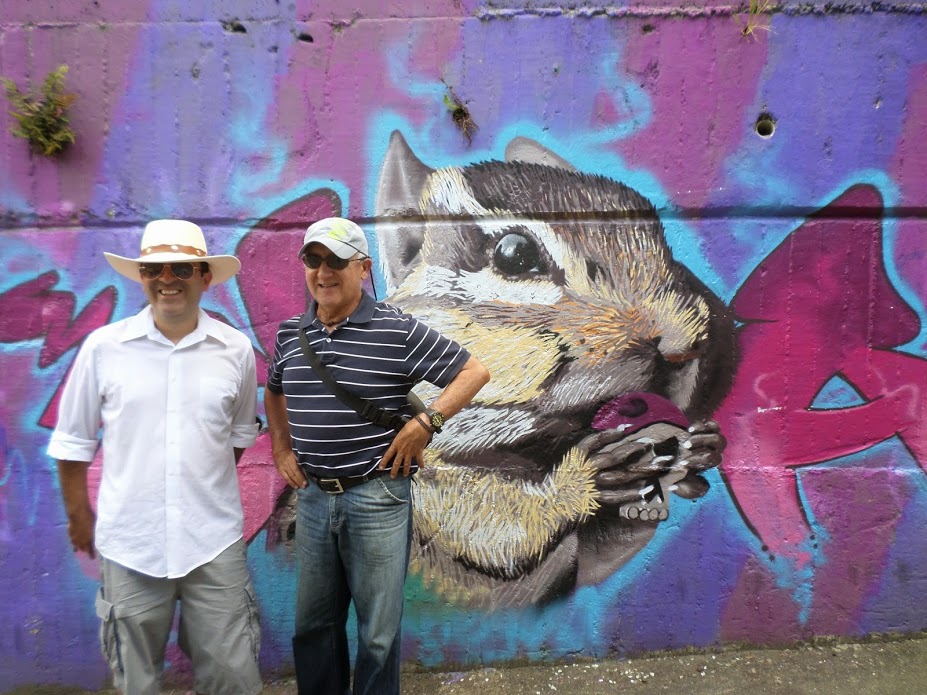 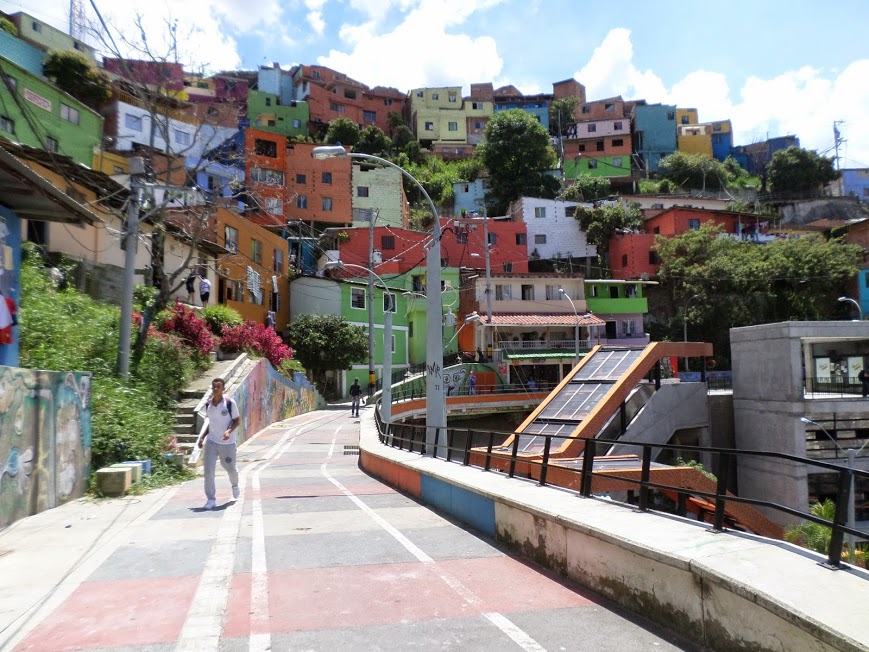 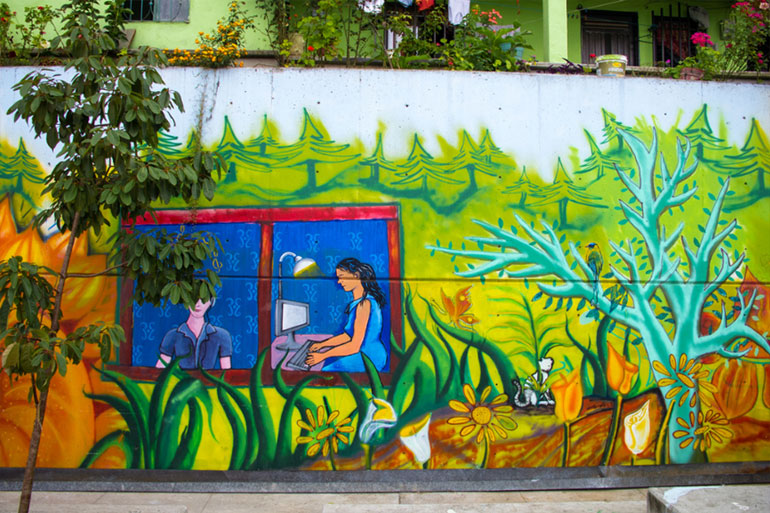 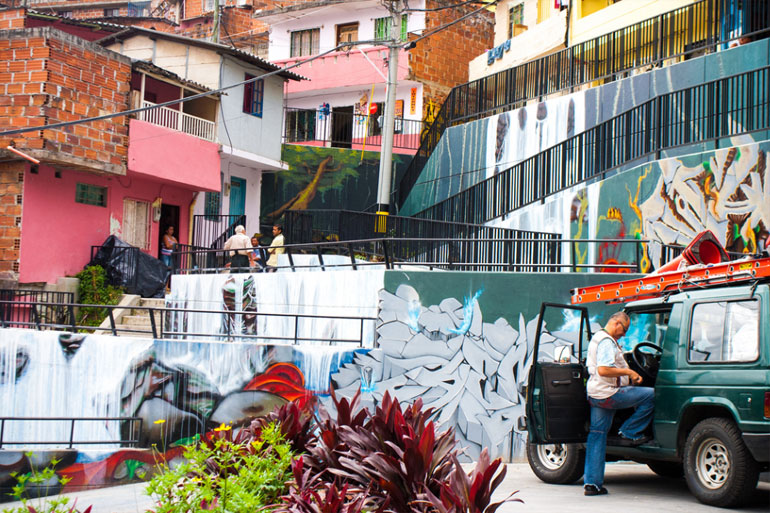 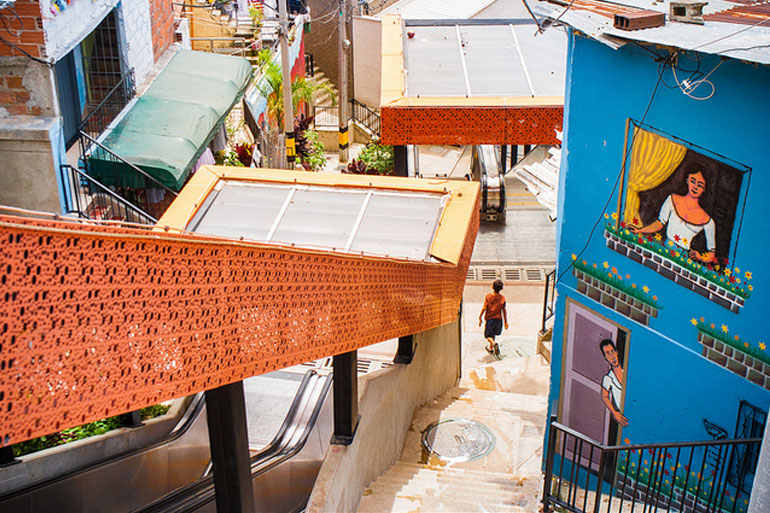 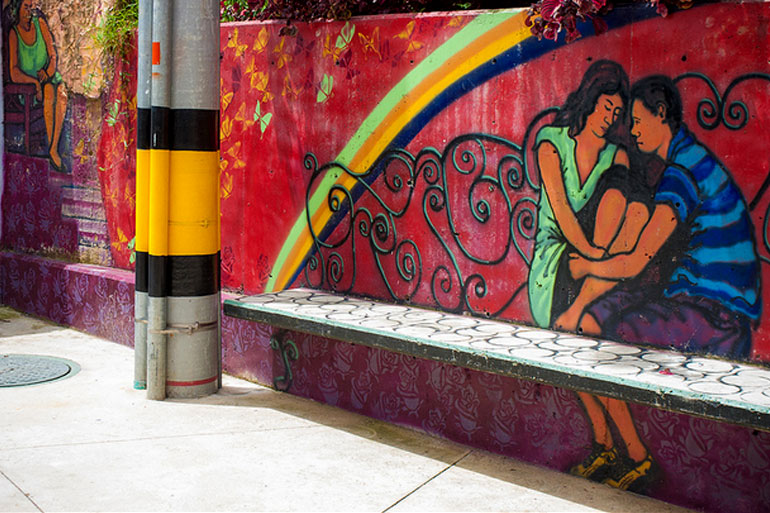