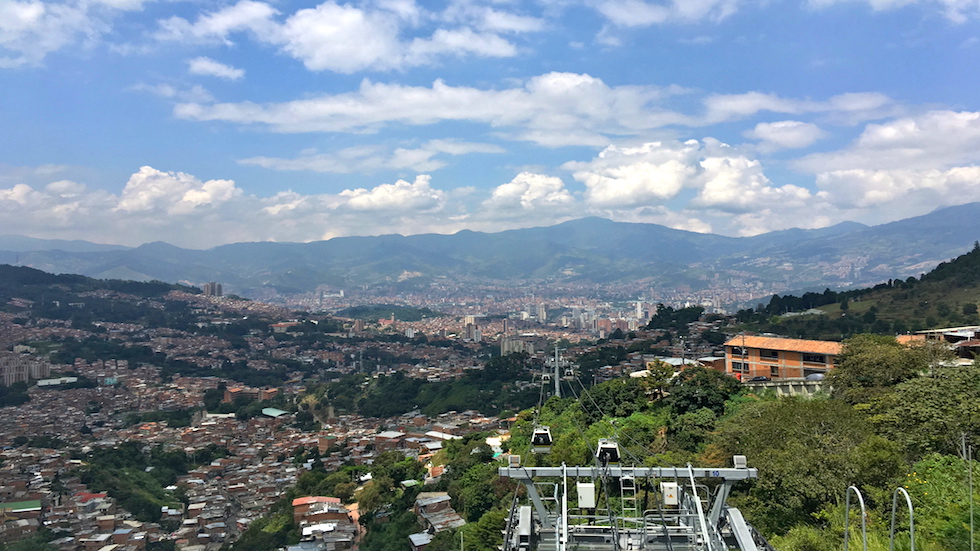 Colombia Reports paid a visit this week to La Sierra neighborhood, tucked along the mountainside east of downtown Medellin in the once-troubled Comuna 8 sector with the “Sierra Medellin Barrio Tour,” a local tourism company that only recently began offering tours to the neighborhood.

Years ago, the company was among the first to begin tours in the western Comuna 13, another district long haunted by violence.

Guide Milena conducted six months of fieldwork in La Sierra before inaugurating the tour this fall. 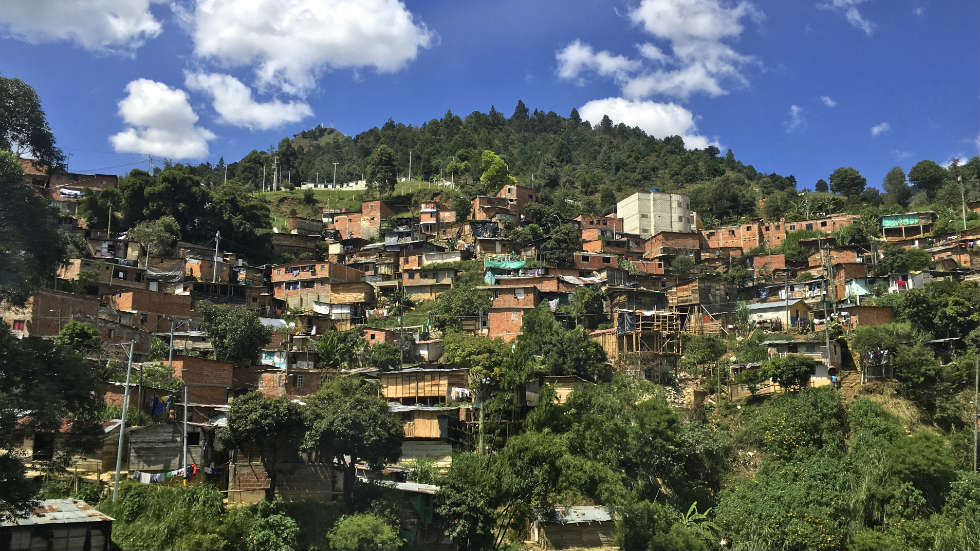 ‘Giving the city back to the people’

Only two years ago, getting a tour through La Sierra would have been unthinkable.

Without a public transit system connecting the rest of the city to La Sierra, the neighborhood effectively had one entrance in, and one exit out. The isolation and inaccessibility of the zone made it easy for criminal gangs to control the neighborhood, and violent crimes rates were high.

Now through a system of bridges, cable cars, stairways, paved roads, and a tramway, neighborhoods that once were islands along Medellin’s eastern mountainside have joined together in an integrated community network.

The city has opened up to Comuna 8, and in turn, the zone has its arms wide open to the city, beckoning visitors to come explore its hillside vistas.

“Medellin has always been very compartmentalized,” says Milena, referring to the ways in which people used to stick to their local neighborhoods, rarely exploring other parts of the city.

But “transportation has a lot to do with that,” she said. 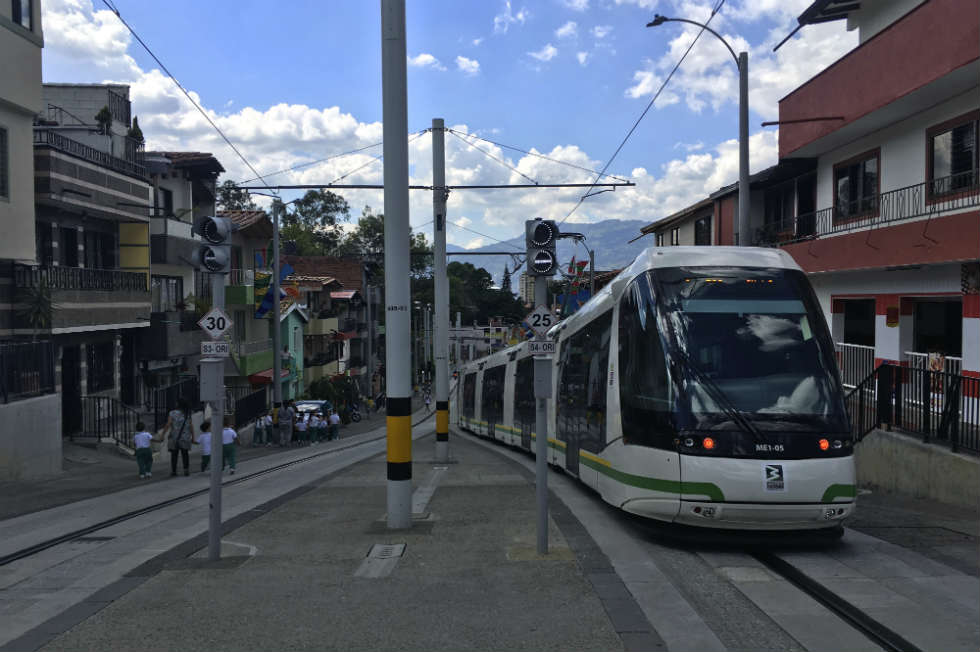 Two years ago, the city built an electric tramway heading up mountain east of downtown, and only a few months ago the city added a cable car system to the end of the tram, taking people up to neighborhoods like La Sierra in a quick and safe manner.

This is all a way of “giving the city back to the people,” according to Milena.

Over the course of the four-hour tour, Milena provided a surprising and engaging history of Medellin and La Sierra, as well as knowledge of the local flora, public art, and key members of the community. 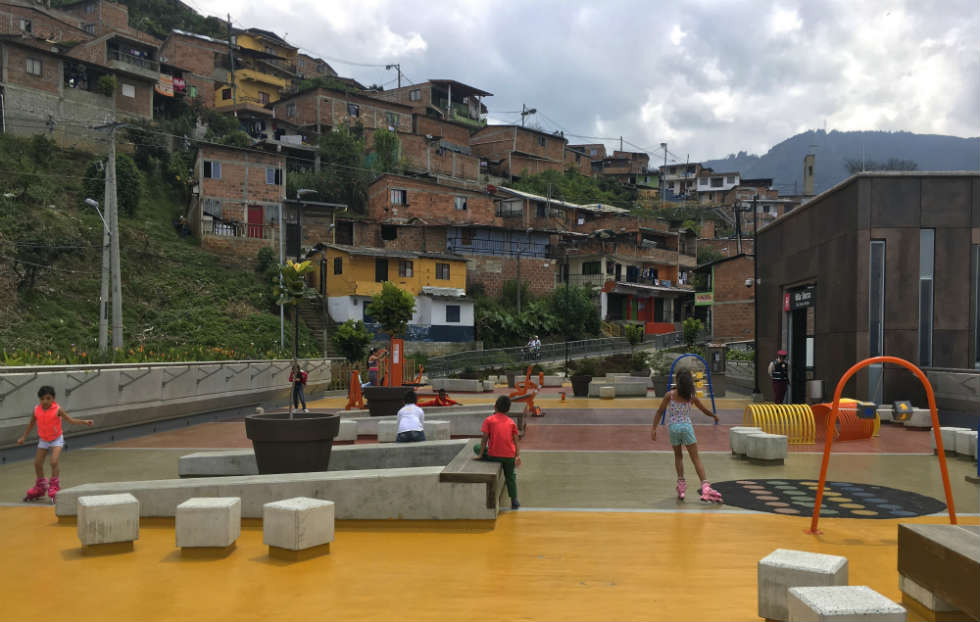 Comuna 8 and its communities like La Sierra were founded through a process known as “invasion” in the late 1970s, when a nationwide recession caused poor farmers to pack their bags and head to cities like Medellin in search of a better life.

In an “invasion,” migrants looking to settle in the city will purchase small parcels of public land on the mountainside, oftentimes through fraudulent sales.

The settlers arrive to the city en masse, building homes on their “plots” so quickly that the government cannot respond in time.

Once members of an “invasion” innovate ways to connect to the city’s power grid, city officials will usually capitulate to the invasion and commence the long process of “legalization,” whereby the city will build roads, electrical and water infrastructure, and schools in the neighborhood, effectively incorporating the comuna into the metropolitan area.

As communities like La Sierra began forming their “invasions” east of Medellin in the late 1970s, Colombia simultaneously began cracking down on marijuana and cocaine trafficking, turning a once-peaceful licit drug economy into a criminal black market soon dominated by the likes of Pablo Escobar.

The violence illegal drug trafficking brought to Medellin quickly took hold in Comuna 8, which provided the only access to a main road leaving Medellin to the east.

“La Sierra as a community was very stigmatized for a long time as a result of the violence,” says Milena.

“There were different factions of illegal groups fighting over control of the road that heads east of the city. Whoever controlled that area would control all transit leaving eastern Medellin.”

But in the past two years alone, the city’s substantial investment in the neighborhood through public parks and an integrated transit system have transformed the neighborhood into a tranquil hillside community. 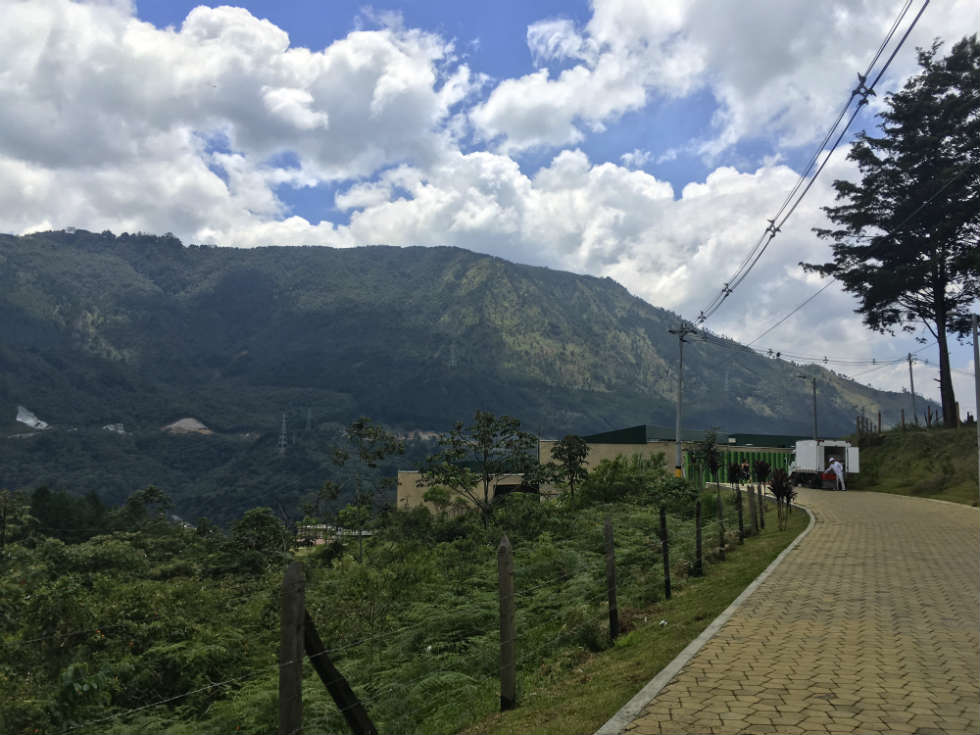 The rest of Medellin is not visible from everywhere in La Sierra. (Image credit: Atticus Ballesteros)

From the top of La Sierra, the city is an open expanse, filled with the hues of urban flora, sheet metal rooftops, and orange brick buildings.

The wind blows cooler up there, and white-tipped buzzards circle the neighborhood, riding its thermal waves.

The steep and skinny roads of the Sierra twist and turn, and it’s excruciatingly exciting to watch fearless bus drivers navigate the curves.

Many of the residents in La Sierra haven’t given up on their farming roots, and on the tour we came across homegrown gardens with onion, banana, bamboo, mandarins, limes, sage, lemongrass, agave, aloe, and rosemary.

There’s also a series of public parks and walkways, each lined with a wildflower garden maintained by the city with replicas of indigenous wells and irrigation systems.

One of the parks is bordered by a large painted mural, which Milena says is an important signifier of the community’s transformation.

“In Medellin in general, but in this community particularly, this relationship with public space is a new thing. Not too long ago there was not the same kind of enjoyment of public space as there is now,” she says, referring to the zone’s earlier history of violence.

“There were fewer public parks, and the few that there were were not inviting.”

“This mural was one of the first experiences of people getting together, about 150 people from this neighborhood, to make something public they could share.”

“In other places, this would just be a painted wall. But here, it means a lot.” 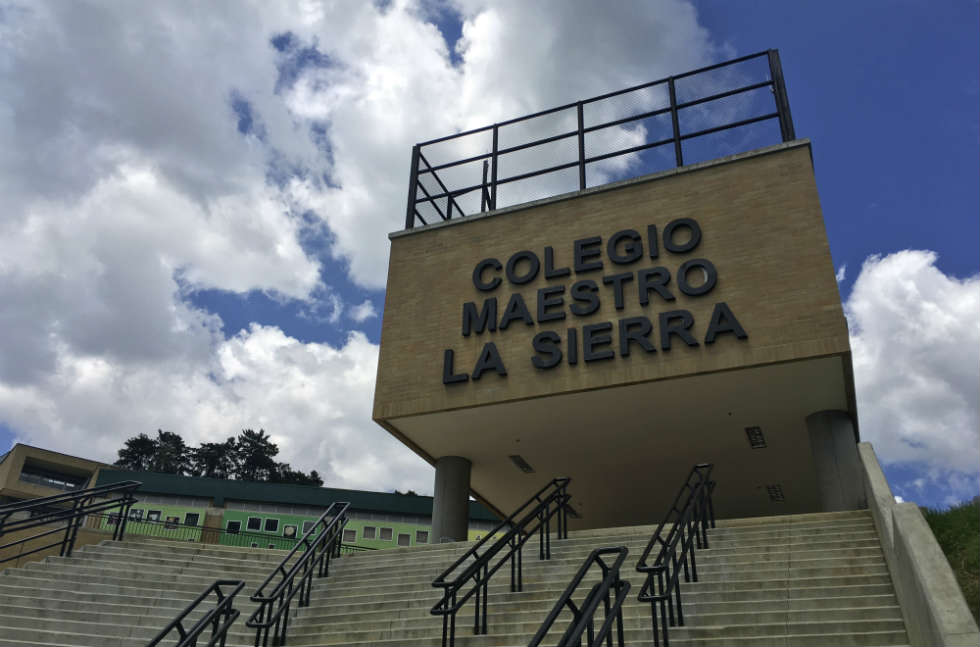 There’s a theme that runs through the neighborhood: La Sierra es otro cuento. La Sierra is a different story.

Residents of the neighborhood embody that idea, that through their dedication the community will not fall prey to the vicious cycle of violence that many others have suffered ad infinitum.

The people we met on the tour were warm and kind, often inviting us into their spaces to meet their children or share a cup of coffee.

We also visited La Sierra’s church, which Milena describes as a key focal point of the community.

Inside the church a group of women were preparing a huge lunch of beans and corn. Everyday the women provide lunch to 150 children and 15 differently abled adults. The only requirement to receive the food is that the children must be in school and make a symbolic contribution of about $1 a week.

Because the church supports so many people in the community, the Sierra Medellin Barrio Tour tries to support the program.

For a total cost of about $23, guests on the tour get a four-hour tour, free transportation, coffee and snacks. And a portion of the charge goes to the church program, providing two weeks of food for one child in the community.

Milena says it’s the only way to do the tour. “We have to have a way of giving back to all of the people who open their doors to us and our guests.”

“I think the community should be famous for all that it’s accomplished. But this little bit is the least we can do.”