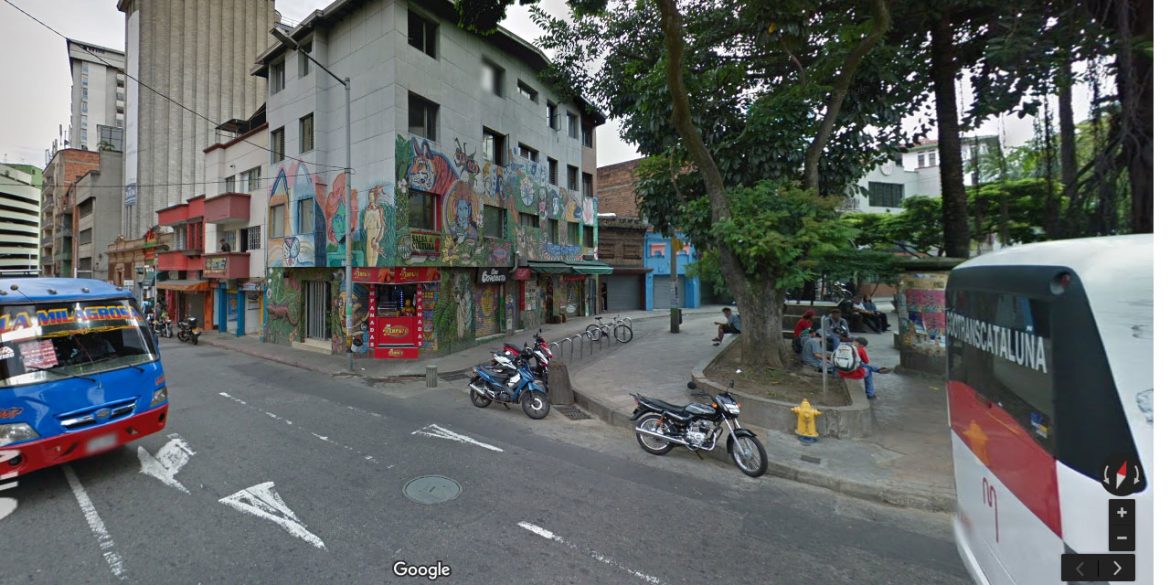 Parque Periodista is the hangout of Medellin’s bohemian underground.

The square can be sketchy at times because of drug-dealing in the area, but can also be one of the city’s most exciting places because of the colorful variety of people that come there.

Periodista over the years has become a sort of “free zone” where the police stands back, allowing the smell of marijuana to penetrate the area. It is a refuge where the predominantly student youth enjoy the liberty of not having to listen to musica ranchera or salsa. There are nights that the police do show up, which means the pot smokers will take a 50 yard walk to smoke their joints a little higher up Maracaibo street.

Guys on the square will be playing their acoustic guitars and rappers will be doing their freestyles over human or mp3-generated beat boxes.

The bars on the square are mostly rock and underground-oriented and the nightlife in the surrounding area has flourished over the past few years because of the artistic downtown crowd.

New bars have opened in the vicinity and the bars that always have seemed to be there, El Eslabon and El Guanabano, refuse to go bankrupt even though they remain mostly empty throughout a week.

The best nights to have a look at Medellin’s underground is the obvious Thursdays to Saturdays but on weeknights the square is relatively crowded and provides a change of scenery since it cannot be compared to anywhere else in Medellin.

Nevertheless, be vigilant at all times because every so often the park turns violent over competition between the local drug dealers. Fights, stabbings and shootouts are unfortunately recurring events.