Lawyers Without Borders and three other organizations announced they have formed a “support group” to oversee the investigation of Colombia’s Supreme Court against former President Alvaro Uribe.

The organizations said they found it “appropriate to set up an international support group” in response to “information that has been made public by the media.”

Members of the international support group

The Supreme Court and local media have reported multiple irregularities surrounding the fraud and bribery investigation against the political patron of President Ivan Duque.

The top court, for example, asked acting Prosecutor General’s Office Fabio Espitia to investigate attempts to spy on Magistrate Cesar Reyes, who is conducting the investigation.

The prosecution, however, has been unable to prevent the tampering of evidence it was holding in custody.

Colombia’s prison authority is accused of trying to pressure a key witness who has testified Uribe and his brother founded a death squad in the 1990s.

At least nine potential witnesses of the Uribe family’s alleged ties with the Medellin Cartel and paramilitary group AUC have been assassinated over the past two decades. 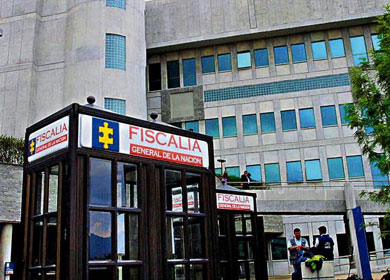 The investigation against Uribe has been carried out while Colombia’s judicial branch appears on the brink of collapse.

The Prosecutor General’s Office has been bogged down by corruption and the Supreme Court could come to a standstill in February due to alleged sabotage by its own magistrates.

Consequently, the country’s impunity rate is virtually absolute, which is not just threatening the Uribe case but justice in general.

Fears are that Duque could use the crisis in the justice system to declare a state of national emergency and try to push through plans to drastically  reform the judicial branch while both Uribe and his brother Santiago are on trial.