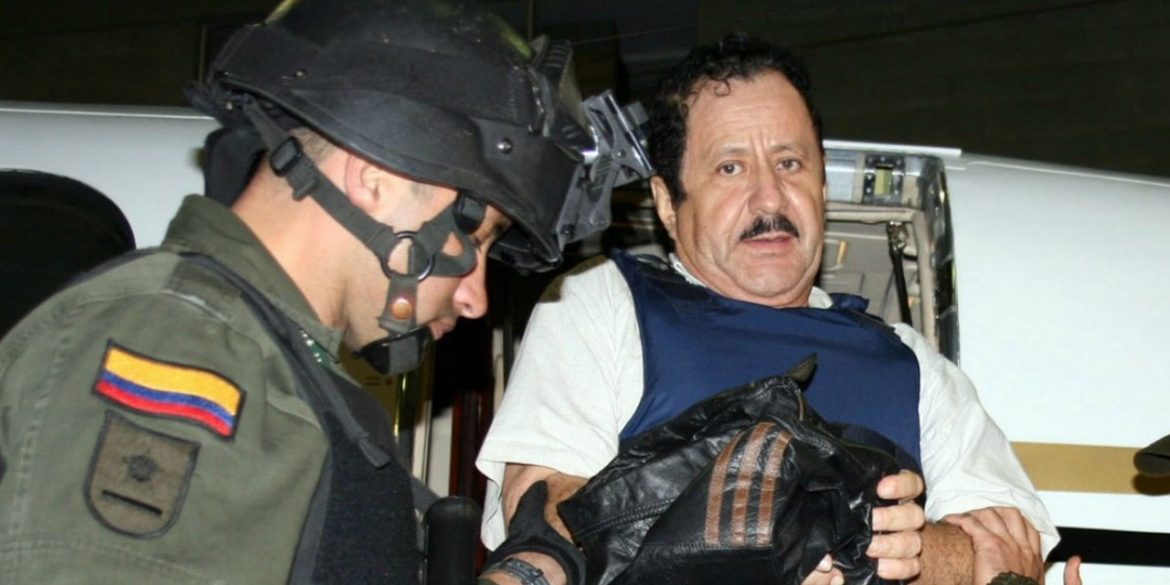 Hernan Giraldo, a.k.a. "The Drill."
War and peace

Paramilitary chief and drug trafficker Hernan Giraldo raped more than 200 girls under 14 on the Caribbean coast of Colombia, creating a huge polygamous “family” to help him maintain territorial control, according to a study.

Giraldo, chief of paramilitary group Autodefensas Unidas de Colombia (AUC) would regularly groom, rape, and impregnate children, creating a network of girls who could keep him informed on his territory.

He has 70 confirmed children, though it is suspected there are more, according to the Interior Secretary of the Magdalena province, who has investigated “The Drill’s” predatory practices.

A family model perfectly adapted to war: the highest commander holds control over a large polygamous family strategically distributed, exercising dominion and fear in the community.

Half of Giraldo’s victims were voluntarily handed over by their parents, consenting out of fear that refusal would end in murder, and the knowledge that handing over their daughters would bring rewards from the abuser.

It has also been reported that the girls were lined up, or that the paramilitary asked families to “cultivate” them for the abuse, and that in other cases the girls were paid after being drugged and raped.

I will never forget that twelve-year-old girl, pushed, crying all the way up the Sierra to the farm where her father negotiated with “The Boss”, selling her virginity for 5 million pesos [or $1,600]. When she arrived, they locked her up for 15 days, surrounded by armed men. It was cruel torture. She screamed and screamed in pain when he approached her to kiss her, when he touched her body with his murderous hands. She recounted with horror that he was disgusting – a 60-year-old man.

The girls would reportedly go to live with Giraldo on his farm for a period months, before being replaced. They would then be returned home, or to a strategic location of his choice, to become part of his network of power and information.

He had them living in trade corridors, through which entered and exited drugs and weapons. There they served to alert him of any movements, and helped him keep geostrategic control of the region.

He left many pregnant, continuing abusive relationships for years, in which he would continually rape girls and coerce them into collaboration with his criminal organization. Pregnancy became a method of recruitment for both the girls and the children they would bear, and if girls tried to escape, they were brutally murdered, according to El Tiempo.

The investigation has been carried out by Norma Vera Salazar, Secretary of the Interior for Magdalena, who has been uncovering atrocities relating to the use of rape as a tool of warfare for nearly 20 years.

The report observes patterns in Giraldo’s targeting of victims, systematically choosing virgins under 14 with pale skin and wide hips. Only one case of a woman with dark skin has been registered.

Giraldo demobilized in 2006 with 1,700 of his men, who together had held control of Santa Marta and the surrounding area. During his two decades of command of the group, there were 12 thousand victims, including nearly 3,000 murders and a number of massacres.

He was charged with some 705 acts that affected 4,000 victims. In 2008, he was extradited to the United States, where a court sentenced him to 16 years in prison for drug trafficking. It is said he did business with notorious “Narco” Pablo Escobar.

This is by no means unique: five former paramilitary chiefs have been convicted of gender-based sexual violence perpetrated by men under their command. Giraldo faces no conviction, despite being directly accused of so many sexual crimes of such severity.

Sexual crimes, including against minors, were included in the transitional justice agreement, meaning that those who admit to committing these crimes are tried under Colombia’s war tribunal, the JEP, and serve a maximum sentence of only eight years imprisonment. A further issue with rape as a tool of war is that very few have been willing to admit to these crimes.

Colombia’s National Center of Historical Memory has registered at least 15,000 victims of sexual violence during the country’s armed conflict, between 1958 and 2017. Paramilitaries account for around 30% of these crimes, and guerrillas a further 30%. Around 8% of these crimes have seen justice, with an impunity rate of over 90%.

No armed actor admits to having raped, assaulted, or forced a victim into prostitution. It’s much easier to confess to theft, forced displacement and even murder, but there’s a deep morality around sexual violent which means it is seen as a horrendous crime which dehumanizes not the victim, but the perpetrator.