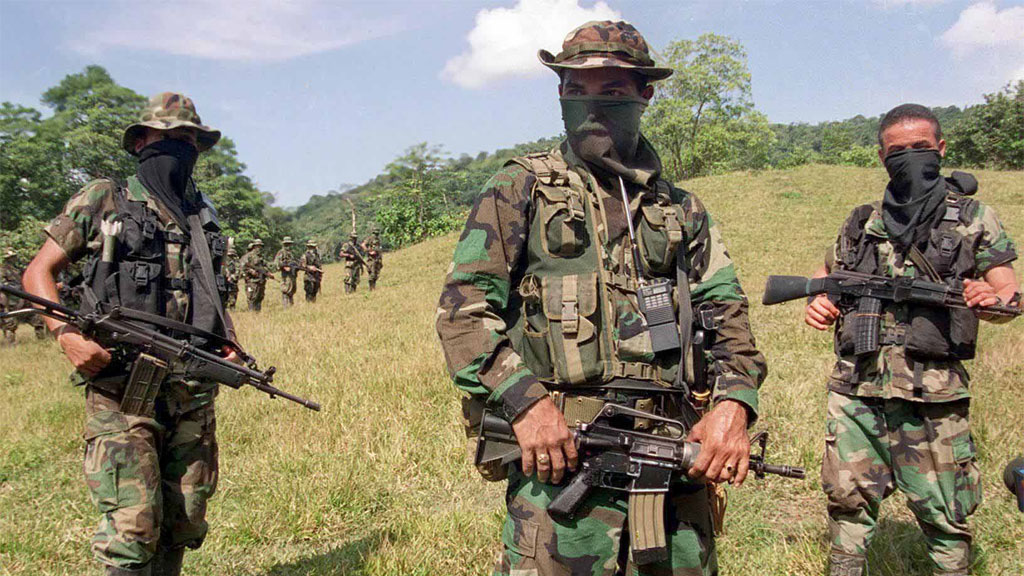 The FARC has been engaged in peace talks with the government since November 2012 in an attempt to leave behind decades of drug-fueled political violence and become a political movement.

After initially refusing to disarm, the FARC said it was willing to lay down its weapons, but needed guarantees that its disarmed members wouldn’t be subject to a political extermination campaign.

However, following its formation the party became subject to an extermination campaign by right-wing paramilitary forces who — in conjunction with politicians and elements within the military — killed thousands of supporters and leaders of the party, including two presidential candidates.

As a consequence, the conflict became even more violent.

In order to prevent this from happening again, the FARC urged to “at the earliest agree on a mechanism to ensure the non-repetition of paramilitarism, the clarification of this phenomenon and its effective demise.”

According to the guerrillas, “paramilitarism is one of the major obstacles for the construction of peace.”

The aftermath of paramilitary demobilization

At least 60 former congressmen have since been convicted for aligning with the AUC and hundreds of members of the military have been accused of collaborating with the paramilitaries.

However, dissident mid-level commanders of the paramilitary groups took over the AUC’s drug trafficking routes and continued to threaten and kill rights workers, and members of leftist organizations.

In a response, President Juan Manuel Santos downplayed this threat and said the State “will give them all the guarantees.”

“Our armed forces are those who will guarantee all Colombians their right to dissent, their right to participate in politics,” the head of state said in a speech.

“This is what the peace talks are about. Nothing more,” Santos said.