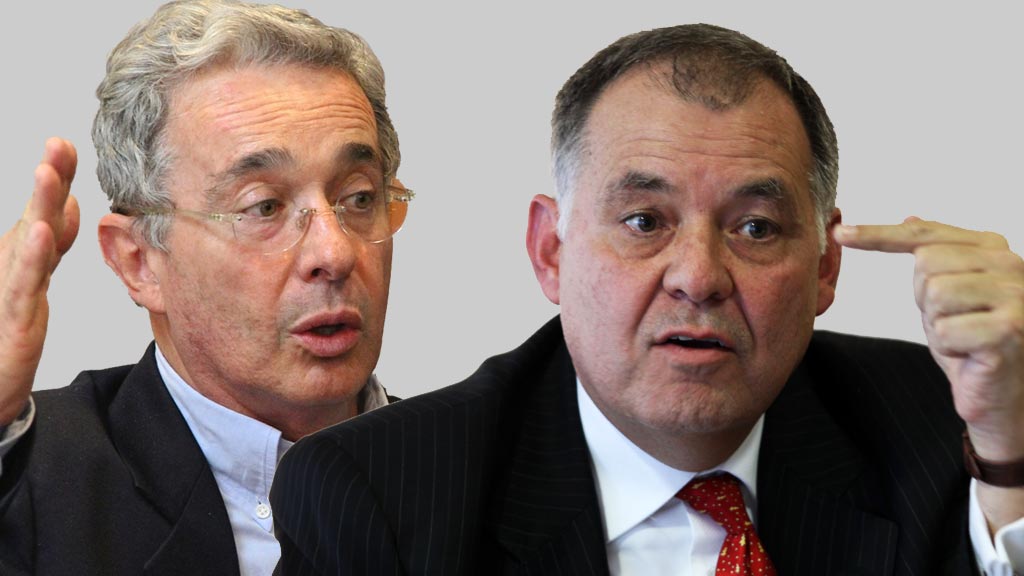 Colombia’s peace talks are under more pressure than ever; The conservative opposition refuses to attend any congressional session and the Inspector General threatened to investigate President Juan Manuel Santos.

The Santos administration and the left-wing FARC guerrillas on Thursday announced an agreement that would judicially shield a pending peace deal from being altered by future administrations and secure its compliance to international humanitarian law.

Former President Alvaro Uribe, Inspector General Alejandro Ordoñez and Democratic Center president Oscar Ivan Zuluaga met in Miami last week to discuss their joint opposition to peace with the FARC as proposed by Santos and supported by the international community .

Following the meeting Ordoñez, a staunch conservative, threatened with both criminal and disciplinary charges against the president.

“Under the legal system of our country and the constitutional rights governing democracies across the globe, a group that has committed the most serious crimes against humanity and a government does not have the power to claim the constituent power, less, imposing upon Colombians a new constitutional framework,” said Ordonez in a letter to Santos.

The conservative opposition have long opposed the peace process and this latest inclusion in to the negotiations has promoted Ordonez in particular to launch a scathing attack on the President.

Ordonez claims that both the Santos administration is overstepping his legal boundaries and compromising the nation’s constitution.

“You, Mr. President, and ‘Timochenko‘ claim that not even the will of the people expressed through the mechanisms of the Constitution of today, may modify such agreements, nor the Congress neither now nor in the future ,” said the Inspector General

“Invoking peace is not an excuse to abolish the rule of law,” he added.

Former President Alvaro Uribe, who has consistently opposed the peace process called on Colombians to engage in “civil resistance” in order to prevent what he described as a “a full impunity deal.”

He believes that Colombians should take to the streets and practice their right to engage in civil resistance.

His party, the Democratic Center, has since refused to take part in congressional activities, already leaving at least one bill not related to the talks untouched because of a lack of quorum.

“Civil resistance is a constitutional form of opposition to this agreement of impunity with the FARC that creates new violence … it is not sustainable because it is in clear violation of the International Criminal Court,” Uribe said.

Within a week, Santos will propose the transitional amendment to Congress, which will be allowed to approve or reject, but not adapt the constitutional amendment.

The bill will be added to a package of peace-talks-related bills that is has been debated by Congress since last year.

To speed up approval of the bills, Congress’ time to pass the bill will be limited, allowing the constitutional amendment to be approved or rejected before the end of the legislative year in June.

The approval of the peace deal itself will be left to the Colombian people. However, whether this will be done through a referendum, a plebiscite or a constitutional assembly is still unclear.

Meanwhile, the peace talks continue as the warring parties are yet to strike a deal on the guerrillas’ demobilization, disarmament and reintegration.