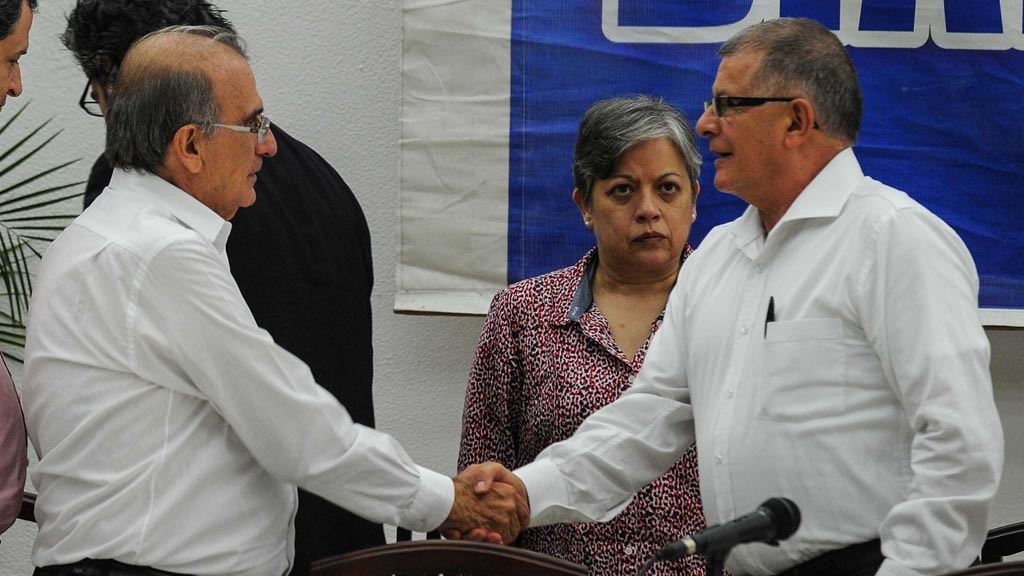 Colombia’s government and FARC rebels on Thursday announced an agreement that would judicially shield a pending peace deal and secure its compliance to international humanitarian law.

In the deal, both parties defined a transitory article to Colombia’s constitution that protects the peace accord and implied changes to common law from being undone or altered by Congress or future administrations.

The latest agreement also elevates the pending peace deal to a Special Humanitarian Agreement that will be presented to Switzerland’s Federal Council and the United Nations’ Secretary General for confirmation the agreement is in compliance with international humanitarian law.

Within a week, President Juan Manuel Santos will propose the transitional amendment to Congress, which will be allowed to approve or reject, but not adapt the constitutional amendment.

The bill will be added to a package of peace-talks-related bills that is has been debated by Congress since last year.

To speed up approval of the bills, Congress’ time to pass the bill will be limited, allowing the constitutional amendment to be approved or rejected before the end of the legislative year in June.

The approval of the peace deal itself will be left to the Colombian people. However, whether this will be done through a referendum, a plebiscite or a constitutional assembly is still unclear.

The administration of President Juan Manuel Santos and the FARC leadership have been negotiating an end to more than 50 years of internal armed conflict since November 2012.

The conflict, which has also involved other illegal armed groups, has left more than 7 million victims, 260,000 of whom were killed.