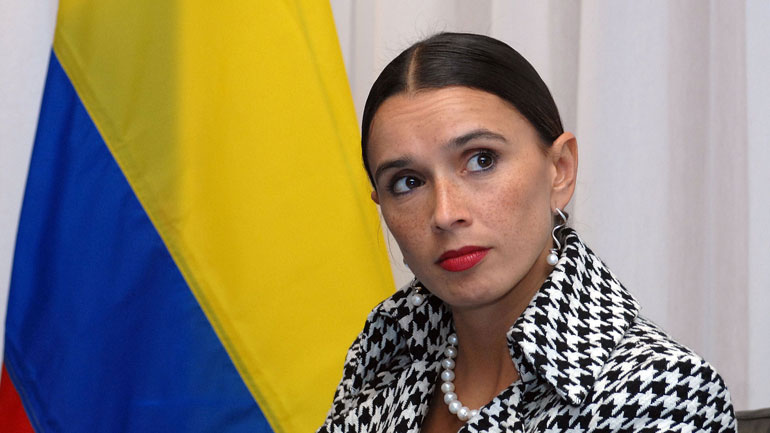 ‘Do me the motherf**king favor!’ EU tweets over new Bogota secretary

The European Union’s embassy in Colombia accidentally sent out a tweet in which it profanely blasted the appointment of a controversial former minister to Bogota‘s incoming government.

In the harshest terms, the European Union on Twitter criticized the appointment of former Foreign Minister Maria Consuelo Araujo, whose family has been deeply involved in paramilitary support scandals.

However, the announcement of Araujo, a typical dynasty politician, spurred scorn.

Following the appointment, an EU spokesperson tweeted “MaConsueloAraujo social integration chief of Peñalosa. Do me the f**king favor!!!” on the union’s official account.

Almost immediately after deleting the initial message, the EU sent out another Tweet in which it apologized to both Peñalosa and his appointed secretary.

Araujo was forced to resign as the foreign minister of former President Alvaro Uribe in 2007 after her brother Alvaro was arrested for having colluded with paramilitary death squads for political benefit.

The former senator is one of more than 65 lawmakers who have been sentenced for their ties to the now-defunct paramilitary group AUC since 2006 when found computers and paramilitary testimonies laid bare the extensive ties between the far-right illegal armed group and mainstream politicians.

Peñalosa’s team on January 1 will take over Bogota’s city administration from the highly unpopular leftist mayor Gustavo Petro, paradoxically one of the first politicians to make the “parapolitics” scandal public.