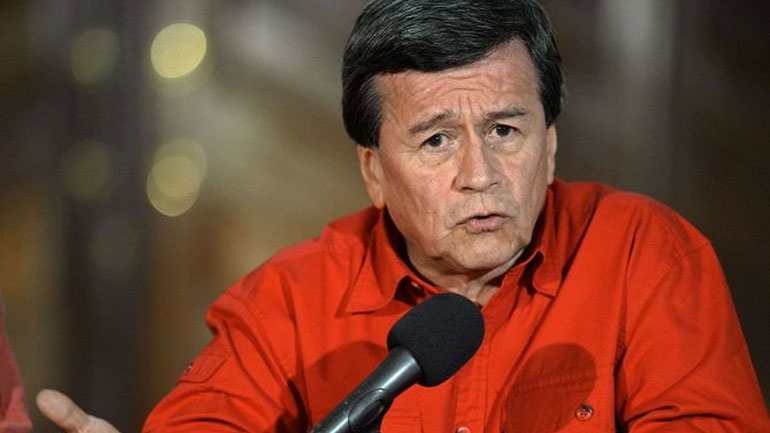 Colombia’s second largest rebel group, the ELN, is not yet willing to end kidnapping or cease attacks in spite of being in talks with the government to negotiate peace, one of the group’s leaders said Sunday.

In an interview with newspaper El Espectador, ELN’s third in command, “Pablo Beltran,” said it is negotiating an end to kidnapping, an important revenue stream and political tool for the guerrillas.

“The issue is on the table. The government’s delegation made a lot of efforts so this issue would be addressed,” Beltran, 62, told the newspaper

The guerrilla commander, whose real name is Israel Ramirez, said that the rebels also are not ready to agree to a unilateral ceasefire. Instead it wants a truce that’s upheld by both the rebels and the military.

“We wish we could carry out the talks during a bilateral ceasefire, but President Juan Manuel Santos said he would keep talking during the armed confrontation. I want to make clear that we do not agree,” he said.

Like with the FARC, the Santos administration has little confidence in the sincerity of the ELN’s self-proclaimed desire for peace and insists on maintaining military operations until talks have progressed.

And this progress has been the problem since secret talks began in early 2014. Particularly in the months leading up to the talks, independent observers warned about the ELN’s expansion into FARC territory, apparently usurping dissident guerrillas who do not want to demobilize.

Additionally, the guerrillas have stepped up attacks in the weeks ahead of the formal announcement of talks in an apparent attempt to demonstrate its military prowess to a government that has long claimed the ELN is on its last legs after a 15-year-long military offensive.

While talks with the FARC have so far resulted in an informal but effective ceasefire and is considered to be in their final stretch, those of the ELN have yet to yield the first result.

The ELN has left political demands like rural reforms and political inclusion, widely considered causes of the conflict, with their comrades in the FARC and has agreed to nothing, except an agenda seeking public participation in the talks.

As both the ELN and government continue to finalize details of the already announced accord, not even a date has set to begin talks that could end 51 years of fighting in a war that has cost the lives of more than 260,000 Colombians.

However, no matter how much military prowess the ELN shows and no matter how the government claims the ability to eradicate the guerrillas with military force, Colombia’s conflict has been at a stalemate for over a decades while victimization figures grow.

While the FARC and ELN guerrillas have lost their military might that in the 1990s brought them to the gates of the capital Bogota, their switch from territorial to guerrilla warfare have made them almost impossible to eradicate.