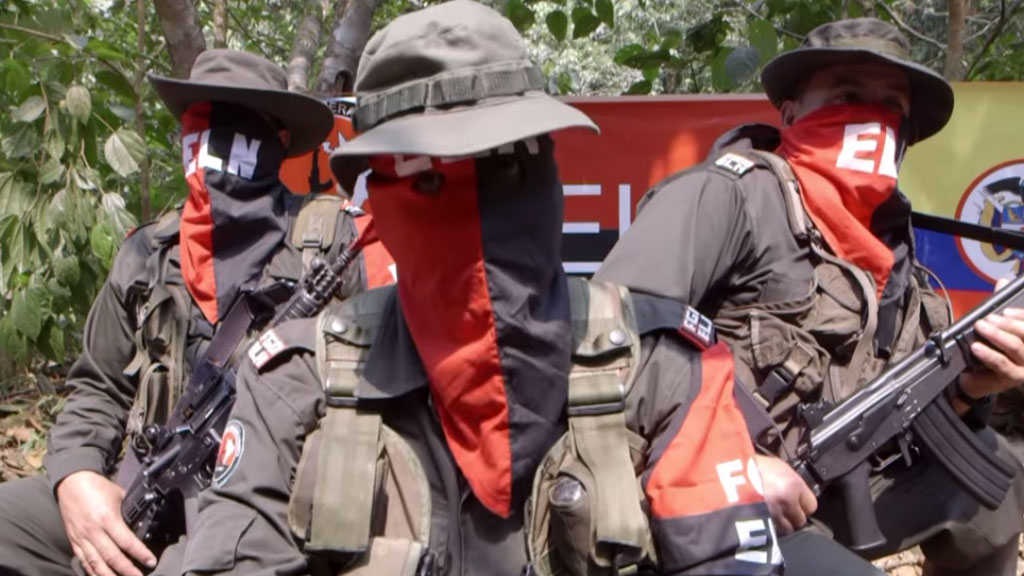 While holding preliminary peace talks with Colombia’s government, rebel group ELN allegedly has increased its presence in areas traditionally under control of the FARC, the much larger guerrilla group that is set to sign peace within months.

The ELN has been holding exploratory peace talks with the government for at least a year and a half.

However, since the FARC announced a unilateral ceasefire in July last year and the government vowed to end air strikes on FARC camps, ELN guerrillas have been moving into FARC territory, said the ONIC, Colombia’s national indigenous organization on Sunday.

ELN pops up along Pacific coast 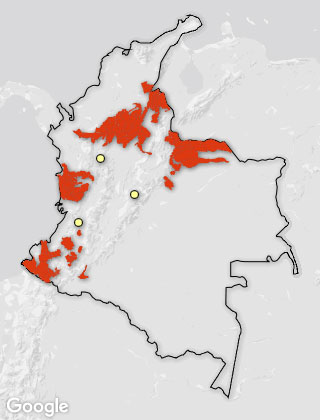 The indigenous leader said that ELN presence had been reported in Valle del Cauca and Cauca, two provinces in the west of Colombia and home to important drug routes to the Pacific.

The country’s Ombudsman’s Office also alerted about the fact that ELN attacks or non-violent manifestations had been registered in areas where the group has not before been active.

“We are truly concerned about ELN presence in territories that historically has been controlled by FARC guerrillas,” the Ombudsman’s Office said in the press release.

“This means that the rural, farming, indigenous and Afrocolombian communities are exposed to aggression,” the Ombudsman’s Office added. 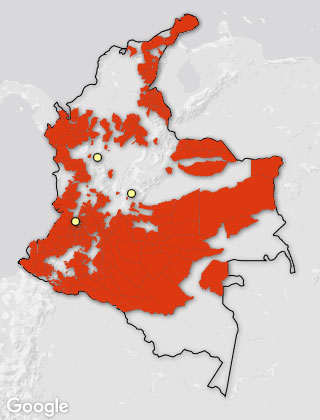 The ONIC asked the administration of President Juan Manuel Santos — engaged in talks with both groups — to investigate whether FARC members or units are switching sides, and are now fighting for the ELN instead of the FARC.

FARC peace negotiators have been talking to their troops over the past few weeks as part of what is widely expected to be the final phase of peace talks before the country’s largest guerrilla organization disarms and demobilizes.

However, these “socialization meetings” between FARC negotiators and guerrillas were disrupted when the peace negotiators, surrounded by hundreds of heavily armed guerrillas, took part in a public event in the north of Colombia.

This infuriated the government and left Colombians with images similar to the 1990s when the FARC had the military capacity to impose order on entire regions.

The latest allegations made by the ONIC and the Ombudsman’s Office add to existing concerns about to what extent the FARC leadership is able to convince its members to demobilize.

Does the ELN want peace?

Additionally, they add to concerns that the ELN is not yet willing to end their armed conflict 51 years after they announced their revolution.

The Colombian government has been promising peace since talks with the FARC were announced in 2012, and both the ELN and the government have said to be close to formalizing talks for months.

However, the impasse in the peace talks appears profound, casting doubt whether the government — already facing accusations of being too lenient to the guerrilla groups — and the ELN are either willing or able to negotiate an end to five decades of violence.

To commemorate the 50th anniversary of the death of ELN icon Camilo Torres, the ELN embarked on a three-day attacking spree, killing police and burning trucks across the country.

The “armed strike” resulted in 66 attacks, but no progress at the table.

No peace for Colombia without the ELN

The stakes for Santos and the Colombian people are high: If the FARC and ELN both demobilize, Colombia’s armed conflict will formally come to an end after having killed 260,000 people.

But without the ELN also demobilizing, Colombia’s conflict would continue, just without one of the original actors.